Protecting Yourself Against Cell Phone Radiation 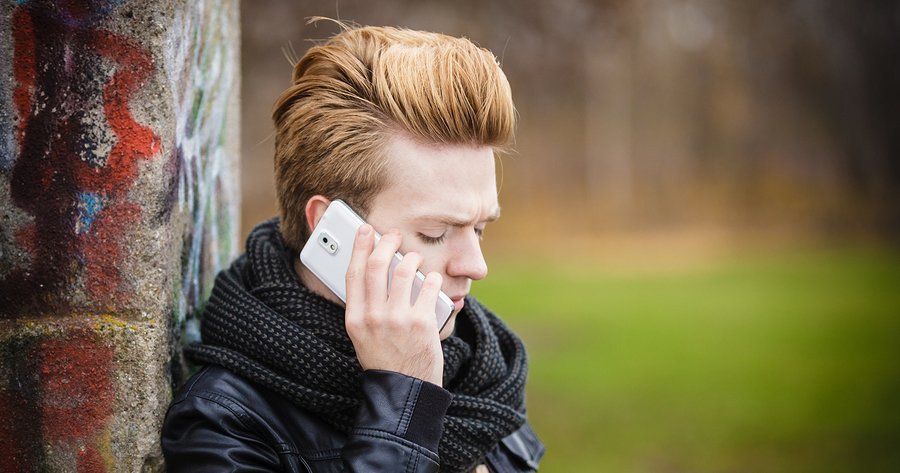 As of 2014, the International Telecommunication Union reported there were nearly seven billion cell phone subscribers worldwide.1 Mobithinking. “Global mobile statistics 2014 Part A: Mobile subscribers; handset market share; mobile operators.” 16 May 2014. Mobiforge. 4 March 2015. http://mobiforge.com/research-analysis/global-mobile-statistics-2014-part-a-mobile-subscribers-handset-market-share-mobile-operators It seems impossible, but that equates to about 95.5 percent of the world’s population. To be honest, that percentage is a bit exaggerated because some people own several mobile devices and so have multiple subscriptions, but the bottom line is that mobile technology is ubiquitous now on the planet and will be even more so in the coming years. Industry experts project that there will be 8.5 billion cell phone subscriptions by the end of next year. Given that the world population is only seven billion, that’s an incredible figure. Interestingly, the US is not one of the leaders in terms of cell phone ownership, by the way. “Only” 90 percent of the US population owns cell phones, including 98 percent of those aged 18 to 19, but in Asia there are more mobile devices per capita, and Africa is hot on its heels.2 “Mobile Technology Fact Sheet.” Pew Research Center. 4 March 2015. http://www.pewinternet.org/fact-sheets/mobile-technology-fact-sheet/

Clearly, mobile technology companies are raking in unprecedented profits, but in the meantime, nobody knows for sure if the technology is actually safe. We have cell phone towers everywhere, we carry around our phones, hold them to our ears, and up to 68 percent of us sleep with our devices next to our beds. 3 “Mobile Device/Cell Phone Statistics.” Statistic Brain. 4 March 2015. http://www.statisticbrain.com/mobile-device-cell-phone-statistics/ We’ve reported before on studies that found cell phones affect the brain, and despite previous claims to the contrary, there’s a growing body of worrisome research showing there is indeed a link between cell phones and brain cancer.

While most regulatory and scientific agencies insist that no harmful effects from cell phones have been conclusively demonstrated, lately the majority have been hedging their bets. For instance, the American Cancer Society has published a page on cell phone health effects that includes a list of things you can do to protect yourself “just in case” cell phones turn out to be dangerous.4 http://www.cancer.org/cancer/cancercauses/othercarcinogens/athome/cellular-phones   The Centers for Disease Control (CDC) discloses that “…scientific studies are underway to determine whether cell phone use may cause health effects.”  And the Federal Communication Commission (FCC) admits, “There is no scientific evidence that proves that wireless phone usage can lead to cancer or a variety of other problems…however, organizations in the United States and overseas are sponsoring research and investigating claims of possible health effects related to the use of wireless telephones.” Only the good old FDA categorically holds that there’s no problem:  “The majority of studies published have failed to show an association between exposure to radio frequency from a cell phone and health problems,” the agency writes.

Given the actual number of studies that now indicate there may indeed be some negative health effects from cell phone technology–even if that risk is small–it makes sense to do what you can to minimize your exposure. The reality is that few of us can or even want to proceed without carrying around a mobile phone, even though it might turn out that the safest bet for health could be to throw the device into the swamp. Can’t do it, though, because we need the phone for business; we need it to stay in touch with kids; we need it because we love it; and so on. Assuming you have no more intention of sacrificing your phone than you do of sacrificing your first born, the first self-protective step you can take is to buy one of the lower radiation phones.

Cell phone radiation is measured by SAR level, or specific absorption rate. This refers to the rate at which the body absorbs cell phone radiation while you talk on your device. There’s wide variation among phones, with some having SAR rates many times higher than others.5 “20 Highest and Lowest Radiation Cell Phones.” ProCon.org. 5 March 2015. http://cellphones.procon.org/view.resource.php?resourceID=003054 For instance, the Samsung Galaxy Note has an SAR rating of .19, while the Motorola Droid Ultra comes in more than eight times higher at 1.54. If you love your iPhone, you’ll be distressed to learn that it actually has a fairly high SAR, at 1.18 for both the iPhone 4 and 5, while the iPhone 3G measures even higher at 1.38. And as for the iPhone 6 Plus, it clocks in at an astonishing 1.6, a mere .01 below the FCC’s legal limit.

Samsung phones in general have very low SAR ratings, comparatively, because, according to the company, they use technology that “enhances handset safety by radiating most of the transmitted RF energy away from the handset user” (more energy from the back of the phone) and improved RF (radio frequency) performance.”6 “Why Samsung Phones are Rated the Lowest Radiation Cell Phones.” RF Safe. 5 March 2015. http://www.rfsafe.com/samsung-cell-phones-rated-lowest-radiation-cell-phones/

Once you acquire your low radiation phone, the next step is to figure out how to use it without being too intimate with it. You certainly don’t want to sleep with it or carry it in your back pocket like so many people do. If you need to carry it with you, house it in a separate purse or briefcase to provide a bit of a buffer. Studies have indicated that radiation from the phones may decrease sperm count and otherwise affect reproductive organs, so again, keep the device away from your privates. If you can, turn it off when you’re not using it, or at least turn the antenna away from your body. When you speak on it, the best bet is to place it on a surface away from your body instead of holding it, and use the speakerphone.

If the sound quality is too garbled, then you’ll have to use headphones-and yes, it does matter what type you use. There’s a type of wired headset that uses what’s called “air-tube technology.”7 Burrell, Lloyd. “Cell Phone Radiation Protection: Do Air Tube Headsets Work?” 28 January 2013. Electric Sense. 5 March 2015. http://www.electricsense.com/4859/cell-phone-radiation-protection-do-air-tube-headsets-work/ Most headsets have metal wires that run from the phone to your ear, and these wires act as antennae that carry radiation along with the sound. The air-tube models use a hollow tube to conduct sound waves instead, meaning they don’t conduct radiation. You can buy a pair of these alternative headsets over the internet for not much more than traditional wired headsets, so it certainly makes sense to give them a try.

It’s better to use your phone when you have a full array of reception bars, because the phone churns out more radiation in low-reception areas than when your reception is good. Also, you’ll spare yourself some exposure by avoiding using the phone in enclosed metal spaces like cars and elevators. Finally, experts recommend that you mimic your kids and text instead of talk, since texting involves a much lower level of radiation.

In the end, it may all turn out to be much ado about nothing; but then again, cell phones may well turn out to be the cigarettes of the 21st century, with much of the population addicted and getting sick from their use. While we’re waiting for studies to overwhelmingly tilt the evidence one way or the other, you would be wise to keep your phone at arm’s length and take some of the simple precautions mentioned above. TMOT.