Melanoma on the Soles of the Feet | Cancer Alternatives Health Blog 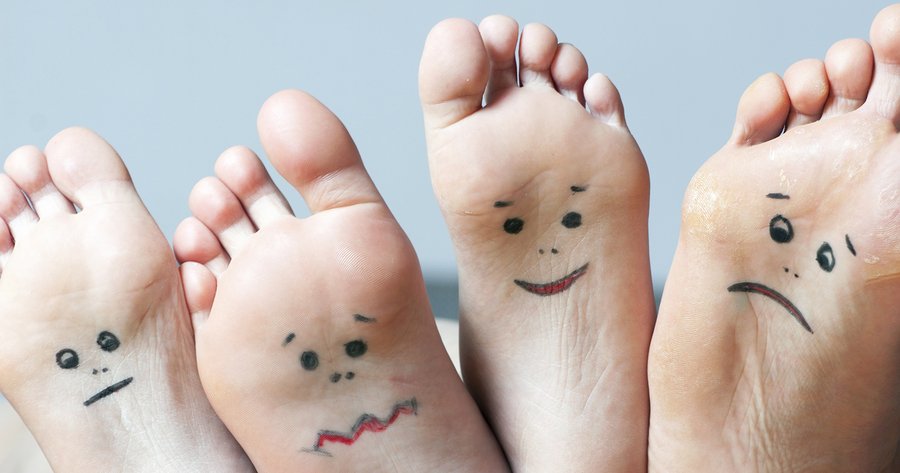 Most of us are at least relatively good about making an effort to protect ourselves from skin cancer these days. We apply and reapply the sunblock when we’re spending time outdoors, move into the shade after time in the direct sunlight, and wear hats and sunglasses to safeguard our eyes. Even if we don’t self-check our skin all the time, we try to make it to the dermatologist for full-body exams and keep an eye on any new or suspicious moles. But chances are good there is one part of the body you are not examining for skin cancer–the soles of your feet. After all, who would ever think that it could develop in an area that almost never sees the sun? Well, according to new research, it is not only possible to get melanoma on the bottoms of your feet, but potentially very dangerous–and for a reason no one ever told you about before.

The study, which took place at the Shinshu University School of Medicine in Matsumoto, Japan, found that melanoma may develop on the soles of the feet due to stress and pressure rather than exposure to sunlight.1 Minagawa, Akane; et al. “Melanomas and Mechanical Stress Points on the Plantar Surface of the Foot.” New England Journal of Medicine. 16 June 2016. Accessed 19 June 2016. http://www.nejm.org/doi/full/10.1056/NEJMc1512354 And unfortunately, since few of us think to check the soles of our feet for irregularities, the melanoma is often in an advanced stage by the time it is discovered. The study subjects were 123 adult patients treated at Shinshu University Hospital between January 1990 and December 2014.

Each of the participants had received a diagnosis of melanoma on the soles of their feet. Their mean age was 73.5 years old. The scientists analyzed their medical records to obtain information about the cancer these individuals developed. To determine the portions of the sole most at risk, the researchers charted the locations of the melanomas. The findings showed that the vast majority develop in the parts of the sole that bear the brunt of the pressure placed on the feet from walking, such as the heel and ball of the foot, and the side of the arch. In contrast, only a handful developed in the arch itself since that is an area that bears little pressure.

To make matters worse, by the time the melanoma was diagnosed, the cancer was frequently quite advanced. Approximately one-third of the subjects–a total of 40 individuals–were found to have a melanoma one millimeter or less in thickness, which is considered stage I. The remaining two-thirds of volunteers had thicker melanomas, indicating a later stage as well as a higher risk of metastasizing.

While melanoma is fairly uncommon, comprising just one percent of all skin cancers–and even more rare on the soles of the feet–it is the most deadly form of skin cancer. According to the American Cancer Society, melanoma is expected to cause over 10,000 deaths in the U.S. this year alone, and it is actually one of the more common types of cancer found in young adults.2 “Melanoma Skin Cancer.” American Cancer Society. 20 May 2016. Accessed 20 June 2016. http://www.cancer.org/cancer/skincancer-melanoma/detailedguide/melanoma-skin-cancer-key-statistics

The current research is limited by the small number of patients included in the population sample and lack of diversity. In addition, its findings are actually not in line with the present collection of knowledge about melanoma elsewhere on the body. An association between melanoma and areas that are subject to pressure or chronic inflammation has never been made before, but that does not mean it isn’t true. Another form of skin cancer, squamous cell, has been linked with these types of issues; so it’s certainly possible that pressure and inflammation may similarly influence both cancers. And the soles of the feet absorb a considerable amount of pressure–as much as four times your weight when running–making them unique on your body and potentially impacted in a different way than other body parts.

Ultimately, just as it is in your best interest to perform self-checks of your skin or visit a dermatologist for examinations, it couldn’t hurt to include the soles of your feet. Keep an eye out for spots or moles that are asymmetric, have jagged borders, are uneven in color, are wider than six millimeters, or experience a change in shape, color, or size. Any wound on the foot that is slow to heal or bleeds for a prolonged period may also signal a problem. Don’t hesitate to make an appointment with your doctor if anything on the soles of your feet seems unusual to you.