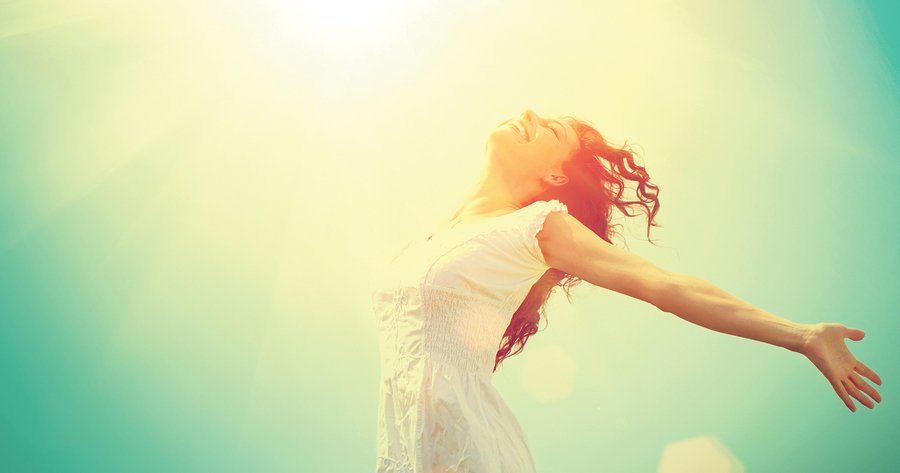 Let’s face it, not every region of the world has the sunny climate of southern California or an island off the coast of Africa. While the weather may be one small factor that we consider when deciding where to live, it is rarely the most important one. But for the sake of our health, we just might want to give a city’s weather a little more weight when it comes to choosing a residence. According to new research, living in a cloudy area may put you at higher risk for pancreatic cancer.

The study, which took place at the University of California, San Diego School of Medicine, found that people residing in locations that have little regular sunlight may be more likely to eventually develop pancreatic cancer.1 Dotinga, Randy. “Cloudy Climes May Up Risk of Pancreatic Cancer.” WebMD. 30 April 2015. Accessed 6 May 2015. http://www.webmd.com/cancer/pancreatic-cancer/news/20150430/cloudy-climes-may-up-risk-of-pancreatic-cancer-study The findings were based on a comprehensive analysis of data gathered from more than 100 countries around the world. The scientists compared total average cloud cover with the incidence rate of pancreatic cancer in each nation. The focus was on a lack of sun exposure because that can cause a drop in the body’s vitamin D production.

The results show that those who live in sunnier regions, especially areas closer to the equator, have an astounding one-sixth of the occurrence rate of pancreatic cancer as do the people who live in places farther from the equator where cloud cover is common. Even after the researchers controlled for potentially influential factors such as age, obesity, smoking, and alcohol use, the numbers held firm. While this does not prove cause and effect, it strongly suggests that the risk of developing pancreatic cancer is affected by whether we have adequate levels of vitamin D, which we cannot satisfactorily produce when we get little exposure to the sun.

And while you can make up some of the necessary vitamin D you might be missing through your diet, it is difficult to reach adequate intake levels through food alone. The recommended daily allowance of vitamin D is 600 IU for most adults. The best dietary sources of vitamin D are salmon, swordfish (watch out for the mercury), and other fatty fish as well as fish liver oils. Sardines and eggs have a small amount naturally, and fortified foods including some cereals, milk, and juice also offer some vitamin D. However, you would need many servings a day of most of these foods to reach an adequate intake of the vitamin. And keep in mind, almost all of the vitamin D used to supplement foods is D2, the synthetic, less effective form of D.

Based on this study, a link between too little vitamin D and pancreatic cancer is a scary possibility. Pancreatic cancer is the twelfth most common form of the disease but fourth leading cause of cancer-related death according to the National Cancer Institute. The majority of cases are not discovered until the malignancy has spread because it is often asymptomatic while growing in the pancreas.

Nor is pancreatic cancer the only condition that has been associated with how much vitamin D you’re getting. In earlier studies, this team of investigators discovered evidence that having higher levels of vitamin D decreased the risk of developing both breast and colorectal cancer.2 Garland, Cedric F.; et al. “The Role of Vitamin D in Cancer Prevention.” American Journal of Public Health. February 2006. Accessed 7 May 2015. http://www.ncbi.nlm.nih.gov/pmc/articles/PMC1470481 New research at other institutions is providing mounting evidence as to the vital importance of vitamin D in other aspects of our health as well. A recent study published in Nature Reviews Cardiology has found a higher incidence of heart failure in individuals with low vitamin D levels.3 Mearns, Bryony M. “Link between low vitamin D and heart failure.” Nature Reviews Cardiology. 28 April 2015. Accessed 8 May 2015. http://www.nature.com/nrcardio/journal/vaop/ncurrent/full/nrcardio.2015.68.html Another investigation that took place at the Monash University Medical Centre in Melbourne, Australia, discovered a high prevalence of vitamin D deficiency in patients with lupus.4 Yap, KS; et al. “Association of low vitamin D with high disease activity in an Australian systemic lupus erythematosus cohort.” Lupus Science & Medicine. 8 April 2015. Accessed 8 May 2015. http://lupus.bmj.com/content/2/1/e000064.abstract?sid=cef62e33-e198-4fc0-a6ed-3cd1bf9033d6 And studies have shown that low levels of vitamin D can trigger a gene response that has been linked to MS.

This is all adding up to suggest that if we want to stay healthy, we should go to great lengths to ensure that we are getting enough vitamin D. But how does one do that, short of dropping everything and moving to equatorial Brazil? Even if you live in a northern latitude or a place where you can go days without seeing the sun, it is possible to get enough exposure, you may just have to try a little harder. Skip the sunblock and spend 10 or 15 minutes outside on every sunny day. As much as sunblock is wonderful for protecting the skin from harmful rays, we do need a little natural sunlight and these products prevent the production of vitamin D.

Consuming foods with vitamin D can also help, particularly if you partake of fatty fish and fish liver oils. (But watch out for the mercury.) And supplementing with 1,000 to 2,000 IU of vitamin D3, the form that actually works, will help you maintain beneficial vitamin D levels. To learn more about this essential vitamin, check out Jon Barron’s in-depth newsletter Vitamin D Nonsense.