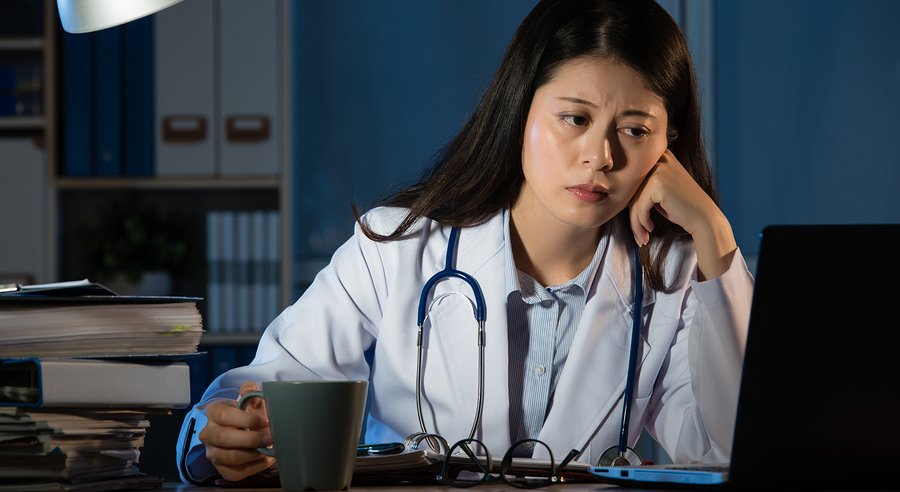 There are pros and cons to taking a job that requires working at night. Some people are natural night owls who don’t mind the hours, prefer the relative quiet at certain overnight workplaces, or are just happy to have steady work. On the flip side, however, it can be difficult to have a schedule that isn’t in sync with everyone else’s and you may experience fatigue that often comes with disturbed sleep patterns. But the worst problem would be the health issues associated with working overnight, including new evidence that it might be linked to certain types of cancer.

The study, which took place at Sichuan University in China, found that women who work on the night shift may face a greater risk of developing cancer compared to their peers who do not work nights.1 Yuan, Xia; et al. “Night Shift Work Increases the Risks of Multiple Primary Cancers in Women: A Systematic Review and Meta-analysis of 61 Articles.” Cancer Epidemiology, Biomarkers & Prevention. 7 January 2018. 14 January 2018. http://cebp.aacrjournals.org/content/27/1/25. These results are based on an evaluation of 61 separate investigations that included 3,909,152 million subjects residing in Europe, North America, Asia, and Australia.

The data showed that the overall risk of being diagnosed with any form of cancer was 19 percent higher in women who work night shifts. But the findings were even worse for some specific types of cancer. Women employed on night shifts for a longer duration of time had a 41 percent increase in their risk for skin cancer, a 32 percent increase in breast cancer risk, and an 18 percent increased risk of all cancers of the digestive system.

Shorter stints on a night shift do not appear to be as dangerous as long-term nighttime work. Therefore, those who worked many years on the night shift experienced a greater chance of developing cancer than those who only worked nights for a few months. And the difference was measurable for some forms of cancer, with every five years of night shift work equaling a rise in breast cancer risk of 3.3 percent.

What’s more, the analysis showed that night work in some professions was more potentially harmful than others. Nurses appear to be especially at risk. Women working in this profession had among the highest chances of developing breast cancer. When they had long-term night shift jobs, their risk was a whopping 58 percent higher than that of nurses who worked no night shifts.

The investigation does have some flaws, however. One issue is that the researchers did not take into consideration that nurses in particular might have an inflated rate of cancer diagnosis simply due to their occupation in the medical field, which makes them more likely to be vigilant about regular checkups and testing. Although in some instances, the nurses were compared with other nurses based on the time of day of their typical shifts rather than comparing them against those working in other fields.

Another potential issue is the difficulty in controlling for other factors that might influence cancer risk. For example, dietary habits, physical activity levels, and general sleep patterns and quantity were not analyzed, and each of these factors can affect a woman’s chances of developing cancer.

Ultimately, however, this study was large and diverse and confirms a number of previous studies, so we should take its findings seriously. We already know that disruptions to our sleep cycle can cause health problems over time, as our melatonin production drops. Melatonin is only released by our bodies in darkness, and insufficient production can affect not only sleep, but immune function and mood. In addition, a 2013 study at The Baylor College of Medicine in Houston, Texas showed that disruption of the circadian cycle of sleep can increase the risk of developing colorectal cancer.2 Jiao, L.; et al. “Sleep duration and incidence of colorectal cancer in postmenopausal women.” British Journal of Cancer. 15 January 2013. 15 January 2018. http://www.ncbi.nlm.nih.gov/pmc/articles/PMC3553538/.

In an ideal world, none of us would have to work overnight shifts, and this wouldn’t be an issue. However, if you are a night shift worker and don’t see that changing any time soon, it might be in your best interest to modify some of your habits to try to protect your health. Look at other factors known to contribute to cancer risk, such as being overweight, eating a poor diet, and leading a sedentary lifestyle. These are all areas under your control, so make improvements that can help counter any risk brought on by night shift work. And don’t forget to schedule your annual checkup just to be safe. 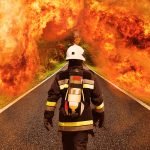