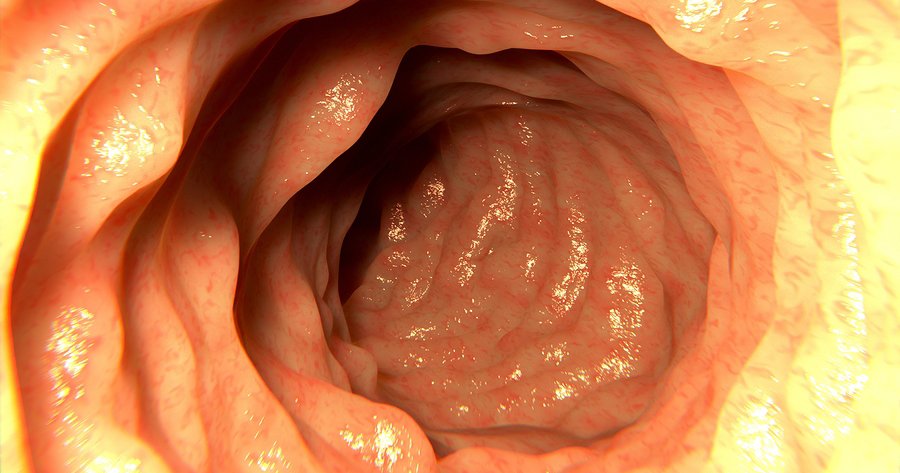 With all the reporting we do on space-age medical developments, it’s sobering to remember that plenty of current medical procedures seem downright unpleasant. Take, for instance, the humble colonoscopy. Not only is it horribly unseemly to have to submit to surgical probing with pants down, but that probing comes on the heels of a day of drinking massive quantities of the gackiest of liquids and then suffering bout after bout of induced diarrhea.

No wonder about a third of the target population avoids the ordeal entirely.1 Grady, Denise. “The Dreaded Turning 50 Test.” 24 March 2014. The New York Times. 25 May 2016. http://well.blogs.nytimes.com/2014/03/24/the-dreaded-turning-50-test/ Now, though, the procedure might become a little less dreadful if gastroenterologists heed results of a recent study presented at the annual Digestive Disease Week conference in San Diego.2 Dotinga, Randy. “Time to drop the “no eating” rule before a colonoscopy?” 24 May 2016. CBS News. 26 May 2016. http://www.cbsnews.com/news/no-eating-rule-before-a-colonoscopy/ The study, led by Dr. Jason Samarasena of the University of California at Irvine, followed 83 patients in a VA hospital who underwent colonoscopies.

Frequently, colonoscopy preparation begins about a week before the surgeon does his thing. At that time, patients are instructed to eliminate raw fruits and vegetables, grains, nuts, and seeds. A day or two before, they must follow a strictly liquid diet, but this is no happy juice fast.3 http://www.arizonadigestivehealth.com/colonoscopy-miralax-gatorade-prep/ The allowable liquids include only clear broths, refined juices like apple (juice with pulp is verboten), coffee or tea, jello (!), and soda (!!). On top of that, patients must drink a whole lot of Gatorade or something similar for electrolyte replacement, and then mix it up with abundant quantities of liquid laxative. The most common form of laxative prescribed is polyethylene glycol, which leads a double life as an industrial lubricant, although the drug companies dress it up with friendly names like MiraLAX.  But the truth is that polyethylene glycol also is used as solid rocket fuel in ballistic missiles.4 http://en.wikipedia.org/wiki/Polyethylene_glycol That ought to do the job on a lax colon.

In Dr. Samarasena’s study, the patients still had to drink the jet propelled laxative/Gatorade brew, but they got a break. They were allowed to eat low-fiber foods before going under the procedure. Instead of sipping Coke and beef broth, they enjoyed macaroni and cheese, white bread, white rice, chicken breast, yogurt, bagels & cream cheese, and yes, ice-cream.5 Walsh, Nancy. “Improving Colonoscopy: Lose the Liquid Diet?” 23 May 2016. MedPage Today. 26 May 2016. http://www.medpagetoday.com/meetingcoverage/ddw/58083 It all added up to as much as 1500 calories. What was off the menu? Anything healthy. No fruit, no veggies, no nuts. Food with fiber, apparently, is not completely purged by the laxative and can remain in the colon so that the doctor can’t get a clear view. It’s apparently vital that the colon is free of residue to the extent possible when the doctor is poking around in there.

Up until now, most physicians have advised patients to avoid eating anything solid the day before a colonoscopy, but the patients in this study did just fine during the procedure in spite of their earlier feasting. In fact, the study director, Dr.  Jason B. Samarasena said that, “91.3% of those given the low-residue diet the day before colonoscopy had an adequate preparation according to the Boston Bowel Preparation Scale (yes, there really is such a thing!) compared with 75.7% of those restricted to a clear liquid diet alone. In other words, those who ate real food (if white bread and macaroni and cheese can be called “real food”) actually had cleaner bowels than those who slurped liquids all day.

But why would those who ate junky fiber-free foods have cleaner colons than those who drank liquids all day? Dr. Samarasena explains that liquids don’t trigger much movement in the bowel, unlike food, which does stimulate the bowel.

“The problem isn’t food,” he says. “It’s specifically the type of food that you’ll have on the day before. Things that liquefy quickly will get washed out easily.” And simple fiber-free foods do, in fact, convert to liquid pronto.

The upshot is that if you’re tired of eating like a health-food saint and want an excuse to go wild on comfort foods for a day, having a colonoscopy might be your ticket. Not surprisingly, those who got to eat mac & cheese were a whole lot happier with the whole ordeal than were those stuck with the broth and jello routine. The researchers report that 97% of the low-residue diet group were satisfied with the diet compared with only 46% of the liquid diet group. Dr. Samarasena says part of the dissatisfaction with the liquid diet is that patients must miss a day of work to abide with the protocol (some might think that’s reason to celebrate). In any event, the researchers consider patient satisfaction essential since so many are loath to repeat the procedure once having gone through it, and current recommendations call for colonoscopies every five to 10 years for those over 50.

One surprising thing is that this isn’t the first study to show that low-fiber diets work at least as well as liquid diets for colonoscopy preparation.6 Rubin, Rita. “Mac and Cheese Before a Colonoscopy? Yep! You Can Eat Solid Foods the Day Before Getting Scoped.” 24 May 2016. Forbes. 26 May 2016. http://www.forbes.com/sites/ritarubin/2016/05/24/mac-and-cheese-before-a-colonoscopy-yep-you-can-eat-solid-foods-the-day-before-getting-scoped/2/#167eb9b61dc9 In fact, a recent meta-analysis of nine previous studies comparing liquid versus low-residue diets concluded that the low-fiber diet is just as safe and effective in clearing out the colon in preparation. In fact, the 2015 guidelines published by the American Society for Gastrointestinal Endoscopy remove the requirement that a liquids-only regimen be followed.

Mainstream medicine is a conservative and thick-headed entity, and as Jon Barron has frequently pointed out, it can take the medical community 30-50 years to respond to its own studies and change direction. And so it seems that most gastroenterologists are afraid to back off the tried-and-true method they’ve been torturing patients with all along. That goes for doctors like Dr. Theodore Levin, head of gastroenterology at Kaiser Permanente’s Walnut Creek, California, clinic. He says he personally plans to go on a liquid diet to prep for his own colonoscopy to be certain he has a “well-prepped colon,” even though he concedes that “the low-residue diet is worth looking into.”

The bottom line is that it pays to keep your own colon as clean as possible in the first place using methods a bit more healthful, like doing periodic colon cleanses and eating healthy foods. But that said, there is a value to colonoscopies. It’s always better to know early if something is starting to go wrong inside. And remember, just because a colonoscopy might indicate the beginning of a problem, it doesn’t mean that you have to go the medical route to deal with it. The earlier you identify a problem, the more natural alternatives are available to you. 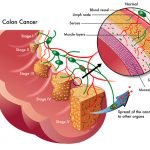