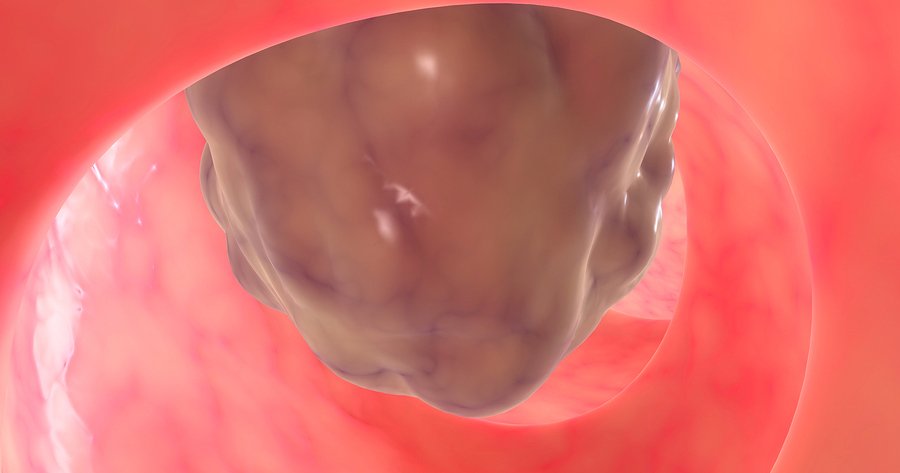 You try to eat nutritiously most of the time and live a fairly healthy lifestyle. So chances are when you go off track for a little while it’s not such a big deal, right? You probably feel that it won’t make too much of an impact if you go on vacation for a couple of weeks and eat mostly heavy, greasy foods or indulge in lots of rich meals and desserts at holiday time. Maybe you’ll be a few pounds heavier, but how much harm could occur in such a short period? As it turns out, new research suggests that even a couple of weeks of altered eating habits might be long enough to set changes in motion that could affect your colon cancer risk.

The study, which was conducted in a joint venture between the University of Pittsburgh School of Medicine in Pennsylvania and Imperial College London in the United Kingdom, found that after just two weeks of eating a completely different diet than usual, the risk of developing colon cancer might be affected for better or for worse.1 Cohen, Paula. “Two-week diet swap shows impact on colon cancer risk.” CBS News. 28 April 2015. Accessed 3 May 2015. http://www.cbsnews.com/news/two-week-diet-swap-shows-impact-on-colon-cancer-risk In this experiment, the differences were extreme, varying from a typical high-fat, animal protein-based Western diet to a typical high-fiber, plant-based African diet.

The subjects were 20 rural South African adults who ate a diet traditional to their region and 20 African-American adults with typical Western eating habits. African-Americans were selected because they have a higher risk of developing colorectal cancer than any other race or ethnicity, according to the Centers for Disease Control and Prevention.2 “Colorectal Cancer Rates by Race and Ethnicity.” Centers for Disease Control and Prevention. 27 August 2014. Accessed 4 May 2015. http://www.cdc.gov/cancer/colorectal/statistics/race.htm All of the participants were between the ages of 50 and 65.

Over a two-week span, the participants lived at a controlled study site. All of their meals were specially prepared for them and included only ingredients and cooking methods that were commonly used by the other group. Therefore, the Africans were provided a lot of meat-based dishes and other typical American cuisine, and the Americans received meals centered around beans and legumes as is typical in African-style cuisine.

Prior to beginning the experiment and again after it was completed, the scientists obtained samples of fecal matter and colon content from each of the subjects. The “before” testing found potentially precancerous polyps in the bowels of nearly half of the Americans, while not a single African had them. And the “after” samples showed definitive evidence of changes in the intestinal bacteria of both groups. There were also a number of biological markers linked to colon cancer that were affected. These indictors included an altered rate of cell turnover in the intestinal lining, levels of fiber fermentation, bacterial metabolic activity, and the degree of inflammation.

The study does have a couple of significant limitations. It was extremely small in size and population diversity, making it difficult to determine whether the findings might apply to everyone. Additionally, there is no way to know whether the changes that took place within the digestive tracts of the participants would have resulted in higher rates of colon cancer among the African volunteers and lower rates among the American volunteers. However, other research suggests that sustained dietary change most likely impacts cancer rates–at least if unhealthy changes are sustained over time. A 2004 study at the Cancer Research Center of Hawaii in Honolulu focused on individuals who migrated from Japan to Hawaii found that in only one generation colon cancer rates climbed from the low incidence that occurs in Japan to the considerably higher incidence typical of native Hawaiians.3 Maskarinec, G. and Noh, JJ. “The effect of migration on cancer incidence among Japanese in Hawaii.” Ethnicity & Disease. Summer 2004. Accessed 4 May 2015. http://www.ncbi.nlm.nih.gov/pubmed/15328946

So let’s focus on the positive here. Rather than worrying what a week, a month, or even a lifetime of unhealthy eating might have done to your system, think about how you may be able to set things right by switching over to more nutritious foods–even if only for two weeks at a time every now and then. Even if you have always consumed burgers, French fries, chicken nuggets, and the like on a daily basis, these findings provide some hope that you can at least start to undo the damage in as little as two weeks. By exchanging greasy, processed, high-fat, and high-calorie foods for low-calorie, nutrient-dense, fiber-rich items such as fruits, vegetables, beans, and whole grains, you can lower your risk of colon cancer as well as a host of other diseases. And to help ensure a healthy intestinal tract, it’s always a good idea to perform a semi-annual colon cleanse.