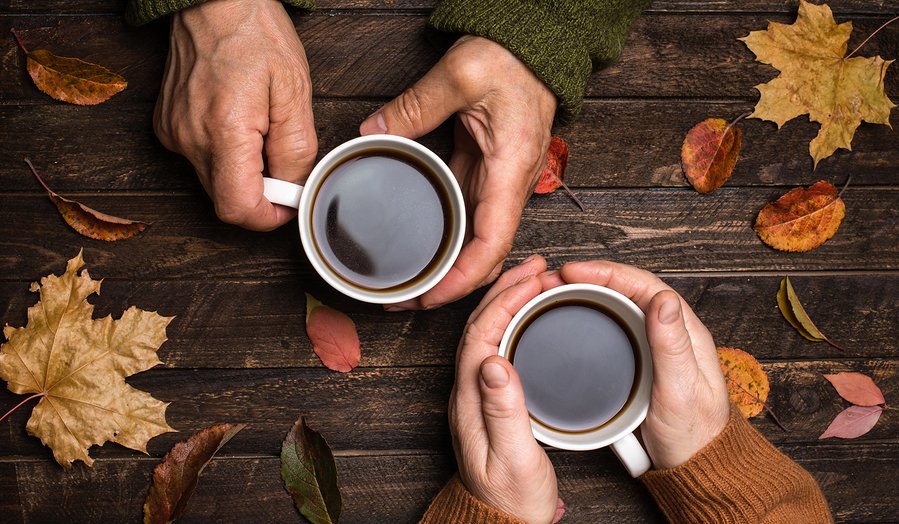 You walk into Starbucks ready to order your daily skinny macchiato, feeling great about the whole enterprise, until you see the red-lettered sign perched between the napkins and the Half & Half: “Proposition 65 WARNING:” it starts. And then it goes on to explain that a cancer-causing chemical called acrylamide may be present in your drink, in your pastry, in your breakfast sandwich. Starbucks didn’t add the ugly chemical to your feast, the sign explains, but rather, the chemical occurs naturally as a byproduct of roasting and cooking. In other words, going to Dunkin Donuts down the road won’t save you. Dunkin Donuts will have its own sign, and even the bag of coffee you buy at the store will contain the warning since all coffee is roasted. If you want to avoid acrylamide, you need to give up coffee—even home-brewed—as well as any other product that contains edibles cooked at high temperatures to the point of browning.

In late March, a California judge ruled in favor of the Council for Education and Research on Toxics (CERT), which charged that coffee sellers like Starbucks did not disclose that acrylamide, a possible carcinogen, can be found in coffee. But despite its noble sounding naming, CERT is actually a bounty hunter1 “THE COUNCIL FOR EDUCATION AND RESEARCH ON TOXICS.”  Nathan A. Schachtman, Esq., PC. (Accessed 6 April 2018.) http://schachtmanlaw.com/the-council-for-education-and-research-on-toxics/—driven not by a desire to save Californians from toxins, but from a desire to collect a share of any penalties assessed on companies by courts for violating California’s Prop 65. Fines can run up to $2,500 for each cup sold without a proper warning. That could easily add up to billions of dollars. CERT doesn’t expect the judge to award maximum damages against the coffee sellers. But even if it’s a penny per cup, the penalties could still add up to millions of dollars. For more on Prop 65 bounty hunters, check out Jon Barron’s article: The Secret War Against Supplements. In this article you will note that a number of California coffee sellers have actually been displaying the Prop 65 acrylamide warning for years.

In any case, as of the court ruling, all coffee shops in California started displaying signs warning customers  about the possibly carcinogenic effects of coffee.2Guarino, Ben and Rosenberg, Eli. “Coffee drinkers, don’t fret over California cancer warning.” 4 April 2018. Chicago Tribune. 5 April 2018. http://www.chicagotribune.com/lifestyles/health/ct-coffee-cancer-20180404-story.html Naturally, the shops hadn’t wanted to post such signs, but California has a state law called Proposition 65 that requires any business with at least 10 employees that sells products containing cancer-causing chemicals to post a warning that carcinogenic chemicals may be present, though it doesn’t need to identify those chemicals.3 “California coffee may soon come with a cancer warning, but should consumers worry?” 8 February 2018. CBS News. 5 April 2018. http://www.cbsnews.com/news/coffee-may-come-with-cancer-risk-california-lawsuit-proposition-65/ Even if the business houses equipment or construction materials containing cancer-causing chemicals, the warning must be posted. And so it is that Disneyland has Proposition 65 warnings posted, as do dental offices and service stations and enclosed parking areas throughout the state.4 http://www.fda.gov/ForConsumers/ConsumerUpdates/ucm374855.htm

You’ll find Proposition 65 warnings on new furniture, new cars, and on any alcohol sold in California. Until recently, coffee shops hadn’t been posting warnings, but a few weeks ago the state courts ruled that according to that law, the signs must be displayed, since coffee does contain acrylamide.

Of late, coffee has been getting such good press, but now that California has given it the dunce cap, should you be worried? Let’s review the facts.

Coffee does indeed contain acrylamide that forms during roasting, as do many cooked starchy foods. Acrylamide was classified as a carcinogen based on 2002 studies on mice. Critics are quick to point out that no human studies to date have verified that acrylamide consumed via diet poses a threat to humans. Also, they say, the amount of acrylamide the mice ate during the incriminating research was at least 1000 times greater than the average amount a human consumes daily, by weight, and possibly as much as 100,000 times greater. Plus, some scientists say humans metabolize the chemical differently, and more slowly, than mice. It’s important to note that acrylamide is classified by the CDC as a potential human carcinogen in industrial applications so if you touch it, it’s a suspected carcinogen, but not so if you eat it.

The overall consensus is that there’s a reasonable chance that acrylamide indeed is a human carcinogen and, therefore, it should be reduced in the diet. In fact, the Food and Drug Administration has issued a paper suggesting ways to cut back on the chemical, such as avoiding fried foods and dark brown toast.5 http://www.fda.gov/ForConsumers/ConsumerUpdates/ucm374855.htm

Then there’s the fact that much research underlines the health benefits of coffee. Studies show that coffee is a powerful antioxidant that can improve energy level, reduce risk of Type 2 diabetes, protect against Alzheimer’s Disease and dementia, protect the liver, fight depression, reduce Parkinson’s risk, and even lower chances of getting colon or liver cancers.6 13 Health Benefits of Coffee. HealthLine. 6 April 2018. http://www.healthline.com/nutrition/top-13-evidence-based-health-benefits-of-coffee#section1 A nice trick for a suspected carcinogen. In fact, just a few years ago, the World Health Organization (WHO) published an article in Lancet based on a review of 1000 previous studies indicating that coffee drinking seemed to significantly lower the risk for liver and uterine cancers while there was insufficient evidence to implicate it in relation to other cancers.7 O’Connor, Anahad. Coffee May Protect Against Cancer, W.H.O. Concludes. 15 June 2016. Well, The New York Times. 6 April 2018. http://well.blogs.nytimes.com/2016/06/15/coffee-may-protect-against-cancer-w-h-o-concludes/ The WHO, nevertheless, still classifies coffee along with fluoride and toluene (nail polish solvent) as a substance with unknown carcinogenic potential, citing the need for more research. Nevertheless, as we reported in the past, other studies found that drinking two to three cups of coffee daily correlates to an 18 percent reduced mortality risk. Meanwhile, a few months ago, the British Medical Journal published a review of 201 studies with the conclusion that drinking coffee lowered the risk of prostate cancer, endometrial cancer, leukemia, melanoma, and other cancers.

How do you make sense of the conflicting research? Cutting back on coffee might seem a good solution, but then again, some studies show increasing protective effects with increased coffee consumption. What is clear is that if coffee confers any benefit, it does not come from the acrylamide content in it, and so it can’t hurt to try to minimize acrylamide if you’re going to keep drinking coffee. How to do that?

You can reduce acrylamide by choosing your coffee beans and coffee preparation carefully. First, opt for the more expensive arabica beans, rather than robusta.8 Coffee & Cancer Risk: 25 Brands With Low Acrylamide Levels. 30 March 2018. Superfoodly. 6 April 2018. http://www.superfoodly.com/acrylamide-coffee-cancer-risk/ There’s a notable difference in acrylamide content. Also, let your coffee beans sit in storage for a while. Though they may lose some flavor, they’ll also lose acrylamide. Next, choose darker roasts, because the darker the roast, the less acrylamide. Now that might seem counterintuitive given that roasting releases acrylamide, but the fact is that after a long period of roasting, the chemical starts to break down. Don’t use instant coffee, and when it comes to preparation, choose brewed coffee rather than espresso, since the brewing process filters out bean residue, which is where the acrylamide resides. Finally, consult this reference to discover which coffee brands have the most and least acrylamide levels. There’s a startling difference from one brand to the next. Note, for instance, that Yuban Columbian contains only 43 parts per billion acrylamide in powdered form, compared to 471 parts per billion in Nescafe Instant.

Beyond reducing acrylamide, you can avoid some of the potential problems posed by coffee if you opt for organic and let your coffee cool a tad before you drink it, because the only clear connection between coffee and cancer in humans is that drinking it too hot can lead to esophageal cancer. Finally, whether you drink coffee or not, it’s a good idea to reduce your intake of acrylamide from other sources especially considering that many of those sources are unhealthy for you in multiple ways. Chips are one of the biggest acrylamide culprits. This chart from 2006 gives some sense of how much of an acrylamide hit you get from particular foods. For reference, note that Pringles Mesquite BBQ Potato Crisps make coffee look like a Boy Scout as they contain 2510 ppb per serving, compared to only 7 ppb for a cup of brewed Starbucks Coffee. Also note that the worst offender of all is Postum, a coffee substitute, with 5399 ppb in powdered form.