Health Benefits of Living By The Sea

If you’re thinking about transplanting yourself at some point to a new town or as you prepare for retirement, you might want to give seaside areas a serious look. Beyond just having a pretty view to admire every day, this type of location might do wonders for your outlook on life. According to research, living in a coastal community is linked to a positive effect on your mental state.

The study, which took place at the University of Exeter in the United Kingdom, found that people who reside in seaside areas tend to have fewer symptoms of mental health disorders, even if they are from lower socioeconomic backgrounds.1Garrett, Joanne K.; et al. “Coastal proximity and mental health among urban adults in England: The moderating effect of household income.” Health & Place. 1 October 2019. Accessed 6 October 2019. http://www.sciencedirect.com/science/article/pii/S1353829219300607. These results are based on an investigation that included 25,963 men and women participating in the Health Survey for England. The subjects responded to survey questions pertaining to their mental health status.

By breaking down the population geographically, the researchers were able to determine that those who live in towns or cities in coastal areas one kilometer or less (or roughly six-tenths of a mile) from the water were more likely to report having better mental health than their counterparts who reside more than 50 km (or approximately 31 miles) inland. What’s more, they found that people do not have to be wealthy and live in huge waterfront homes to benefit; even significantly lower-income participants had better mental health. This was surprising since approximately one in six adults in England experiences anxiety and/or depression, and they are typically at lower socioeconomic levels.

How Does Seaside Living Help Us Psychologically?

While the investigation was not designed to explain why living near the water might provide some protection from mental health disorders, it may have to do with greater access to nature. Other studies have shown that spending time in green spaces such as parks and community gardens can uplift our spirits and improve our mental health. So, it’s entirely possible that spending time in “blue spaces” near the water might serve the very same purpose.

A 2010 study at the University of Essex in England found that just five minutes of exercise in nature makes people feel better both emotionally and physically. And a 2009 investigation at the EMGO Institute VU University Medical Centre in the Netherlands showed that living in proximity to greenery is associated with a reduced risk of 15 different health conditions.

Bolster Your Mental Health by the Sea or Elsewhere

If you are lucky enough to live in a coastal community, make sure you take advantage of your natural surroundings rather than take them for granted. Try to schedule a little time for yourself by the water every day, taking a walk, sitting peacefully and using a few minutes to just think, or maybe choosing that as a good outdoor venue to do some yoga or calisthenics.

For those of us who reside much further inland, there are plenty of options that can help safeguard your mental health. Even if you live in a major city, there are places you can go, such as a park, garden, or tree-lined public plaza, which offers an outdoor setting that will likely have a similar impact on your psyche. And if the weather isn’t cooperating or you are just not an outdoorsy type, stay inside and get in a little workout to make a positive impact on your mood, releasing feel-good endorphins and relieving stress. 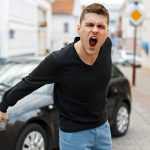