For the one out of every three adults in the US with hypertension, medication is almost a given. There’s an amazing array of possible medications to keep blood pressure under control — diuretics, ACE inhibitors, beta-blockers, alpha-blockers, calcium channel blockers and so on. Unfortunately, though these various drugs do a reasonable job of pushing down blood pressure readings, they also can cause serious complications and come replete with a list of side effects ranging from fatigue, insomnia, and depression to impotence, gout, diabetic episodes, fatal liver problems, heart disease (ironically), and permanent kidney damage.

New research out of the University of Manitoba in Winnipeg, Canada, has uncovered a surprising natural treatment that may help control hypertension without incurring the high cost or potential danger of drugs. Plus, the treatment seems to prevent or at least moderate the impact of kidney disease, which typically leads to high blood pressure and concomitant cardiovascular complications. The treatment originates with the humble yellow garden pea, a key ingredient in Indian dal and other vegetarian favorites. The research team fed small amounts of pea protein hydrolysate extracted from yellow peas to rats for eight weeks, and by the end of that time, the rats showed a 20 percent drop in blood pressure compared to rats on a regular diet.

Since kidney disease usually leads to hypertension, and most people who have chronic kidney disease actually die from the resultant cardiovascular complications of high blood pressure, the scientists intentionally bred rats that had a severe type of kidney disease to see how the pea protein would impact them. And they discovered that not only did the pea protein lower their blood pressure, but it also increased urine output by 30 percent, indicating a significant improvement in kidney function since those with kidney damage often have impaired urine flow and so can’t rid the body of toxins. It also increased the presence of a key protein in kidney tissues.

Since the “subjects” in this study had pre-existing kidney disease, it still isn’t clear if the treatment will work on those who have hypertension without kidney disease, but the researchers concur that it certainly seems probable. A clinical trial with hypertensive humans is now underway and hopefully will answer that question.

In any event, it looks like a non-pharmaceutical intervention, free of side effects, might gain a foothold in the mainstream approach to controlling both hypertension and kidney disease in the near future. “What we seem to have here is sort of a natural approach to treating this disease, as opposed to the normal pharmacological approach,” said Dr. Aluko. “We’re talking about an edible product, not a drug, which can help to reduce blood pressure and, at the same time, reduce the severely negative impact of kidney disease.”

The research team predicts that the pea powder will be ready for market in just a few years, but warns that in the meantime, eating peas for dinner won’t do the trick. The protein needs to be isolated and activated with enzymes. Yellow peas by themselves are ineffective because their protein content is low and is bound to carbohydrates. The process for extracting and purifying concentrated protein from yellow peas incorporates water and enzymes. The net result is the concentrated protein hydrosylate that the researchers found effective.

Now here’s the punch line, the company that manufactured the pea protein used in this study — the enzyme-activated protein that’s “not yet available,” is the same company that makes the enzyme-activated pea protein hydrosylate I use in my Nutribody Protein and Private Reserve Superfood formulas, which I’ve described in past newsletters. As I’ve pointed out before, yellow pea protein has enormous benefits as a protein source in combination with rice protein, as it’s hypoallergenic, easily absorbed by the body, easy to digest and cholesterol-free, and unlike other protein sources, doesn’t lead to aminoacidemia or intestinal toxemia. And now, it turns out, it also may be anti-hypertensive and beneficial to the kidneys. 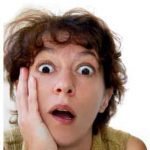