Wiping Out H. Pylori Can Backfire 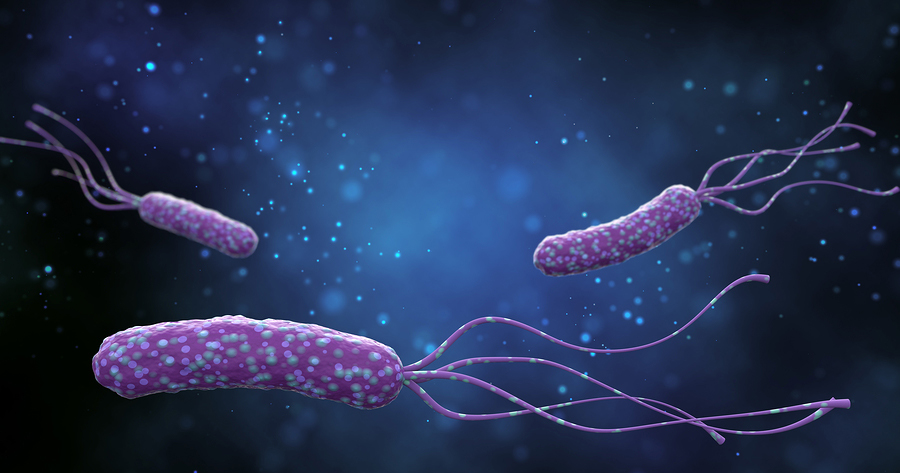 It makes perfect sense to wipe out bacteria that cause cancer and other nasty diseases, right? According to Martin Blaser, an NYU School of Medicine microbiologist, it ain’t necessarily so. In fact, Blaser implicates the dwindling population of a bacterium called H. pylori, which can trigger stomach ulcers and gastric cancer, for causing conditions equally as dire. For one thing, he thinks that as H. pylori disappears, obesity rates go up. He also believes that the disappearance of the pathogen may be leading to more cases of esophageal cancer and childhood asthma.

Apparently, H. pylori lives in mammalian stomachs, and has been doing so for millions of years. With the advent of antibiotics, though, it started disappearing. Whereas it infected up to 80 percent of the population before antibiotics, only five percent of kids now carry the bacteria.

This is a problem in that H. pylori helps to regulate stomach-acid levels in a way that is usually helpful to both itself and its host. If the stomach becomes too acid, the H. pylori secretes a substance that can “turn down the acid level.” However, the secretion has a potential side-effect. In some situations, it can be toxic to the stomach lining, and it is this toxicity that provokes the ulcers and cancers for which H. pylori is notorious. In any case, without H. pylori, the body no longer has a mechanism for controlling stomach acid. Without H. pylori, stomach acid remains unregulated, levels of stomach acid rise and can spill over to the esophagus, causing severe gastric distress or even esophageal cancer. In fact, acid reflux disease has increased exponentially in direct proportion to the decline of the H. pylori bacteria.

Plus, H. pylori bolsters the immune system. Children who lack the bacteria are 60 percent more likely to develop asthma, and studies down the road are projected to reveal other vulnerabilities caused by the lack of the immune-enhancing bug. Finally, H. pylori plays a major role in regulating appetite. Without the bacteria, the body produces more of an appetite-stimulating hormone called ghrelin. Thus, wiping out the pathogen turns normal appetites into voracious ones, contributing to the obesity epidemic. Considering that only a small number of people infected with H. pylori get ulcers or stomach cancer, it seems that driving the bacteria to extinction via antibiotics may engender more negatives than positives.

So here we see another example of how failing to regard the body holistically when dispensing medicine can lead to disastrous consequences. It reminds me of an apocryphal story I heard years ago about wolves and sheep in the Southwest.

As the story goes, ranchers were up in arms because wolves were killing a few dozen sheep each year as they grazed in the wild (at a total cost of a couple of thousand dollars a year) and convinced state governments to cough up tens of thousands of dollars to poison the wolves and hunt them to extinction from helicopters. And it worked. Unfortunately, it turned out that the wolves not only killed a few dozen sheep, they also controlled the prairie dogs, whose population now exploded exponentially. With the dramatic increase in prairie dogs, hundreds of livestock had to be put down each year because they were breaking their legs in the now far more numerous prairie dog holes. So the states had to up the ante and spend several hundred thousand dollars to poison the prairie dogs en masse. Bad idea! It turned out that the prairie dogs and ground squirrels (also poisoned) controlled the tumbleweeds rolling through the Southwest, so now the tumbleweeds proliferated unchecked. This presented an even bigger problem for the ranchers since the tumbleweeds lacerated the legs of thousands of cattle and sheep. The states then had to spend hundreds of thousands of dollars a year (each and every year) on massive herbicide control of the tumbleweeds. (As a side note, at higher elevations, it turned out that without wolves to redirect them to other grazing grounds, elk were able to graze unchecked on aspen trees, devastating the trees to the point where aspen became endangered.)

The bottom line is that by not looking at the problem holistically and in an attempt to control a fairly insignificant symptom (a few dozen sheep being killed each year), three species got decimated, tons of toxins got released into the environment, and hundreds of thousands of dollars a year were required — year after year.

Maybe it’s just me, but using antibiotics indiscriminately, with no regard for the entire ecosystem (the human body as a whole) reminds me of this story — and with similar results. By forgetting that the body is an holistic entity, we’ve swapped an occasional ulcer for dramatic increases in esophageal cancer, asthma, acid-reflux, and obesity. Brilliant!