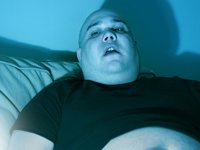 Many of us no longer have the metabolism we once had as teenagers when it seemed that we burned off all the calories we consumed with ease.  As we age, we do tend to gain weight, even if we are careful with our diet and exercise routine.  There are many factors that cause the numbers on the scale to rise as we get older, and now a new study provides another one to consider: low levels of vitamin D may be one of the causes of weight gain.

The research, which took place at the Kaiser Permanente Center for Health Research in Portland, Oregon, found that women at least 65 years old who have deficient vitamin D levels experience more weight gain than their counterparts with higher levels.1  The scientists analyzed blood tests of more than 4,600 women and determined that those with too little vitamin D gained an average of two pounds more weight over the course of a five-year period than did those with sufficient vitamin D.  In addition, the women lacking in vitamin D were heavier than their peers at the outset of the study.

The majority of women involved in the research had vitamin D levels below 30 nanograms per milliliter (ng/ml), which is considered insufficient by The Endocrine Society, an international organization of members in the field of endocrinology.2  This group defines an actual vitamin D deficiency in adults as less than 20 ng/ml and an insufficiency as between 21 and 29 ng/ml.  The study participants whose levels were deemed sufficient were those who measured at least 30 ng/ml.

So it would seem that there is an association between increased weight gain and a lack of vitamin D.  But the study does not tell us whether this vitamin D deficiency in adults is the cause of the added pounds or they are linked in another way.  It will take more research to answer that question, but vitamin D may somehow influence the levels of fat we retain and release.  We know that fat cells have vitamin D receptors and these cells may be more metabolically active when we get enough of the vitamin.3

Adequate amounts of vitamin D are also good for other aspects of the health besides possibly preventing additional weight.  A deficiency in vitamin D has been found in numerous studies to be associated with a wide variety of ailments, including heart disease, several types of cancer, diabetes, osteoporosis, and certain autoimmune disorders.4

Now you’re probably wondering what the best sources are.  Our bodies make their own vitamin D when the skin is exposed to sunlight.  However, our fear of sunburn and skin cancer causes most of us to use sunscreen nearly all the time. Unless you are extremely fair-skinned and prone to burning very quickly, you can probably safely spend at least a few minutes a day in the sun, during the early morning and later afternoon, forgoing the sunscreen without causing any appreciable damage to your skin. And that can be enough time for you to produce all the vitamin D you need. Just 15 minutes of exposure a day can provide the equivalent of 10,000 units taken orally.

Food sources can help add to your daily quota but typically can’t provide enough vitamin D on their own.  Certain fish, such as salmon and tuna, offer vitamin D, as do cheese, egg yolks, and beef liver.  It is also added to milk (usually synthetic D2).  However, if these are not items you consume in large quantities, it’s best to consider supplementation.

The Office of Dietary Supplements of the National Institutes of Health suggests a recommended daily intake of 600 IU for everyone between the ages of one and 70 and 800 IU for those over the age of 70.5  But plenty of others believe that higher levels would be very beneficial.  In fact, Jon Barron recommends supplementing with 1,000 to 2,000 IU of vitamin D3 daily, which should provide your body with enough to meet its true needs without danger of overdosing.  But note he has specified D3 as opposed to synthetic D2.  For more on the nuances of this vitamin and the differences between its different types, check out his newsletter Vitamin D Nonsense that clarifies it all.