Vegetarians Get Few Cancers, Except Colorectal 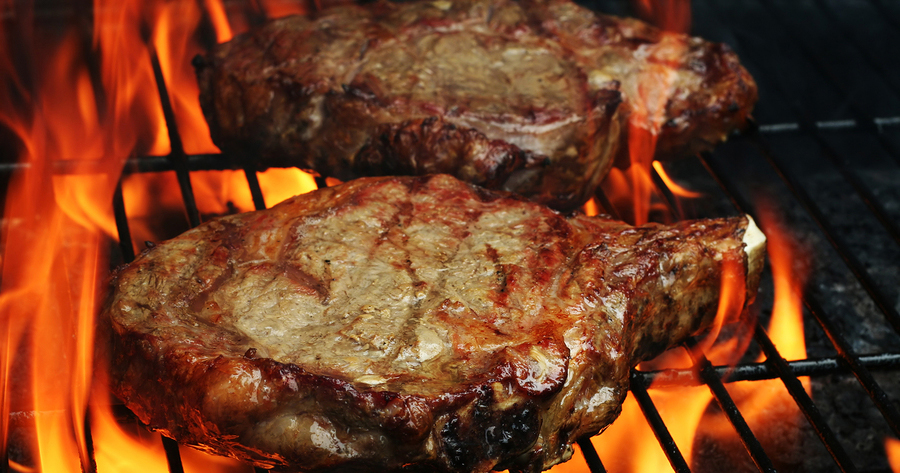 It came as no surprise when the results of a long-term study published last week announced that vegetarians get significantly fewer cancers overall than meat eaters. Numerous other studies have found the same thing, although this research was unique in that it followed a very large group of subjects for a decade. But what did seem shocking was the finding that the vegetarian subjects developed significantly more colon cancers than did the carnivores.

The study, out of the University of Oxford in England, followed 63,550 men and women aged 20 to 89 who were first recruited in the 1990s. The subjects were divided into four groups: meat eaters, fish eaters, vegetarians, and vegans. According to the study report, published in The American Journal of Clinical Nutrition, the meat-eaters consumed only small amounts of meat, and subjects in both groups consumed at least five portions of fruit and vegetables daily. In other words, even the meat eaters in this sample group had relatively healthy nutrition habits, which may be why their cancer rates overall were lower than the cancer rates in the general population. But among the vegetarians and fish eaters, the rates were the lowest — 11 percent less than the rates among meat eaters. The unexpected result was that in spite of that advantage, vegetarians also showed a 39 percent higher incidence of colon cancer when compared to the carnivores!

While it’s heartening for vegetarians to have confirmation that their diet beats meat in engendering positive health results, the news about colon cancer raises concerns. What’s the scoop? The scientists suggest that maybe the group of subjects wasn’t representative, since the meat-eating subjects had better eating habits than most carnivores do. Also, they point out that both groups had high vegetable and fruit intake, and so both groups benefited from the protective properties of these live foods, reducing the advantage that vegetarians usually have over meat eaters. Still, lead researcher Tim Key concludes, “[The results don’t] support the idea that vegetarians would have lower rates of colorectal cancer and I think it means we need to think more carefully about how meat fits into it.”

While the National Cattleman’s Beef Association undoubtedly has its thumbs up, before you switch from sprouts to steak there are other factors worth considering. For one thing, when interpreting the results, the researchers lumped the vegans in with the vegetarians since there were so few cancers among the vegans. And so, it’s impossible to know if the vegans also had high colon-cancer rates. Also, past studies have shown reduced colon cancer rates among vegetarians.

But what about dairy? Commentators have noted that non-vegan vegetarians tend to eat more dairy foods than meat-eaters in order to get enough protein. If so, the increased consumption of dairy foods might account for the spike in colon cancer among the vegetarians. Unfortunately, the study data showed that among the subjects, the meat eaters actually drank more milk than the vegetarians did, though the vegetarians ate more cheese. The bottom line is that it appears that dairy consumption was a wash, fairly equal between the vegetarians and the meat eaters. The fact is, though, that both groups ate dairy and since the vegans weren’t evaluated separately, the impact of dairy wasn’t measured here. Prior studies looking at cancer rates among people eating a diet nearly devoid of dairy in China found a 90 percent reduction in cancer rates, so the impact of dairy foods can’t be underestimated.

The point is that while a vegetarian diet beats a meat diet in nearly all studies and by almost all measures — not all vegetarian diets are healthy, and also, simply cutting out meat won’t grant immunity. It would be helpful to see the data for vegans before jumping to conclusions. It certainly isn’t clear why this group of vegetarians suffered from such high colon cancer rates, but it is possible that these vegetarians ate less healthily than the meat eaters. The junk-food vegetarian diet that relies on cheese pizzas and desserts to compensate for the lack of beef offers few health advantages, and in fact, may be far higher in unhealthy fats and sugars.

While the researchers work the data and figure out what it all means, the best bet for you is to opt for a Mediterranean diet, with little or no meat, and/or some low mercury fish. Also don’t forget to supplement effectively and detox regularly.