The Value Of Medical Care 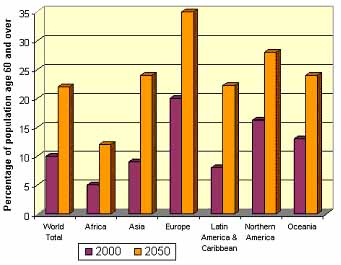 Once again, while the world remains preoccupied with bird flu (although much less so than a year ago — as I predicted), more imminent threats are being ignored. Just last March, we explored the emergence of new super bacteria such as Staphylococcus aureus. Today, an even more disturbing superbacteria, XDR TB (aka eXtreme Drug Resistant tuberculosis), is making a statement. Although it’s been around for a few years, it’s just in the last few months that it has begun to make its presence known in virtually every country in the world. And if you thought bird flu was deadly, XDR TB is virtually 100% fatal. As its name indicates, no known drugs are effective against it. On the other hand, natural remedies such as garlic, olive leaf extract, oil of wild mountain oregano, and grapefruit seed extract are likely to be beneficial. So as with bird flu and Staphylococcus aureus, it makes sense to stock up with natural pathogen destroyers and immune builders to protect against any and all mutations. (Check out Baseline Nutritionals®, or if you like something else better, get that.) Since no known drugs can help, you have nothing to lose.

The Value of Medical Care

Are the trillions of dollars spent each year on medical care in the industrialized world worth the cost?

According to a recent study titled The Value of Medical Spending in the United States, 1960-2000, published in the August 31, 2006, edition of the New England Journal of Medicine, they are. But are the study’s conclusions valid, or is it just another example of statistical gaming?

With that in mind, let’s take a look at the study, gain awareness of a costly trend, factor in quality of life (QOL), and talk about things you can do to get better value from the money you personally spend on medical care.

All in all, a sound economic argument for the value of medical care, and who can say anything negative about helping people live longer and enjoy more life with family and friends and sharing in the joys of the world for all those extra years. But is it so?

The Reality of Medical Care

As Benjamin Disraeli was reportedly fond of saying, “There are three kinds of lies in the world: lies, damn lies, and statistics.” Let’s see if we’ve been ‘Disraelied’.

One of the key premises of the study was that 50% of the gain in life expectancy is the result of advances in medical care and 50% the result of non-medical influences such as the reduction in cigarette smoking. Although not technically wrong, that conclusion represents a huge distortion. In fact, about 90% of the gains in life expectancy were attributable to a reduction in rate of death from cardiovascular disease combined with a reduction in the rate of death in infancy. Those gains are not necessarily attributable to advances in medical care as much as they are to:

Since those gains are not the result of medical care you receive, you need to factor them out of the equation. That drops you from 50% to 10%, thereby increasing the costs for gains in life expectancy fivefold. Now we’re looking at $95,000 a year for each year gained — much more expensive to be sure, but still defendable.

However, as it turns out, there is another major problem with these numbers. The cost per year is not evenly spread over the years of life. According to the study, the average cost per year of life gained is approximately:

And the answer is: probably not. All we have to do is look at the numbers and statistics cited above to have a clue as to why.

It is no accident that most of the cost benefits associated with gains in life expectancy are associated with newborns. Even back in the early 1900’s (when average life expectancy was in the mid 40’s), if someone made it out of childhood, they tended to survive into their late 60’s. Gains in infant mortality are certainly important, but those gains tend to disproportionately skew overall longevity numbers. Many third world countries have a much lower life expectancy than in the US, but if you factor out infant mortality, then they actually fare just as well as industrialized countries — in some cases, even better. If you think about it, this makes simple statistical sense. If a child dies of diarrhea (one of the leading causes of infant mortality in the third world), you’ve just lopped 69 years off that country’s statistical averages. Survive childhood (and don’t get killed in war), and you have a great chance to survive into your 60’s and 70’s. When someone dies in their 60’s and 70’s, on the other hand, the impact on a country’s overall longevity numbers is minimal.

In other words, infant deaths (which are easily prevented through better nutrition, sanitation, simple medications, and even vaccination) greatly skew statistics examining gains in life expectancy. In fact, when adjusted for infant mortality, gains in life expectancy really only average about 3 years, not the 6.97 years cited in the NEJM study cited at the top of the newsletter.

According to virtually any commonly cited value of a year of life, the authors found that if medical care accounts for about half the gains in life expectancy [a statement we’ve already determined to be untrue], then the increased spending has, on average, been worth it. In the article, Analysis: Health spending a ‘good deal’, David Cutler, professor of economics at Harvard University and lead author of the study is quoted as saying, “We’re actually getting a pretty good deal. We’re spending a lot but we’re getting a lot too. We’re not wasting our money.”

He even went so far as to say that we could effectively spend more.

But this contradicts the observations of his own study in which the authors note that 40 years worth of trends suggest that the value of health care spending is decreasing over time, particularly for older age groups.Again, increasing the life span of individuals over age 65 is much more expensive than for any other age group, according to the study.

Study authors note that the current trends are cause for concern — adding that if this trend continues in the elderly, the cost effectiveness of medical care will continue to decrease at older ages.

A look at population growth in the age group 60 and over paints a grim picture.

All of this is cause for concern, but if people are actually living longer, who can argue with the value received, even if costly? Who indeed?

Unfortunately, the study ignores one crucial criterion in its evaluation: quality of life.

The Quality of Life (QOL) Factor

Study authors state that their estimates are based on mortality alone, not on changes in quality of life — further explaining that consistent data on the quality of life is not available for the period between 1960 and 2000. While this may be true, personal observation in regard to QOL can tell us a great deal.

What is the value of a handful of extra years if spent like that? Is that quality of life worth several hundred thousand dollars a year?

In the end, if money does indeed talk, then the increasing cost per year of life gained in an ever-aging population should speak volumes about the state of the future financial health of the world’s healthcare systems…if unchanged over the next 40 years.

Consider that the impact of population aging is increasingly evident in the old-age dependency ratio, defined as the number of working age persons (15 – 64 years) per older person (65 years and up). This ratio is used as an indicator of the ‘dependency burden’ on potential workers.

The bottom line seems to be that across the board we are living longer (although significantly less so than the experts pronounce) and require ever more expensive health care in our later years. If we are to avoid a crisis (not to mention take back control of our own lives), we need to acknowledge our own role in our own health. While there is inevitability for all of us, there are things we can do today to improve the quality of our lives in our later years (not to mention extend them) and so offset the rising medical expenses in this age group.

Andy Crocker, gerontology health specialist with the Texas Cooperative Extension, asks the question, “What does a person’s ‘age’ really mean? Yes, it does count the number of years lived, but as Americans continue to live longer, we need to watch how well we are living and how successfully we are aging.”

He then goes on to suggest: