The Truth About Ellagic Acid and Red Raspberries 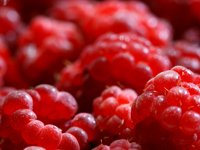 Understand, that when researchers refer to the ellagic acid content of foods, they are referring to the amount of ellagic acid that can be derived from a food-based supplement. That’s entirely different than saying the supplement contains ellagic acid.

If you pay any attention at all to the alternative-health information-grapevine, you’ve heard the buzz on ellagic acid and red raspberries. If you believe the rumors flying around the Internet, the cure for cancer is at hand!! This is the greatest discovery since sliced bread!! Well, like most rumors, there’s some truth to it…and a whole lot of nonsense.

Two years ago, I wrote in the Barron Report on antioxidants about the value of including berries in your diet because of the benefits of the ellagic acid derived from them. This recommendation was based on work being done at the Hollings Cancer Institute by Dr. Daniel Nixon, who had been studying the benefits of red raspberries for some 6 years at that time. Since then, two things have changed dramatically.

Note: It is important to understand that most of the above studies have been conducted in two phases. First, in test tubes on isolated cells using ellagic acid. Later (and ongoing, even now) in live human beings using the full ellagitannin complex as found in red raspberry puree. It is, of course, the human studies that are of interest to us.

The problem with cancer cells is that when they divide, the original cell does not die.

The normal process of cell division, on the other hand, results in the replicating cell being “carried off” as trash just as if a bacterium had died. The body signals the dismantling of the old cell and the new cell takes over its processes. This is called apoptosis, or natural cell death.

Cancer cells, as mentioned above, are different. Cancer cells do not die; they rapidly multiply by cell division (mitosis), making 2 cancer cells, then 4, 8, 16, 32 and so on. What Dr. Nixon found is that in both lab and clinical studies, red raspberry ellagitannins caused cancer cells to go through a nontoxic, normal apoptosis process without damaging the healthy cells. This is a remarkable improvement over standard treatments.

Chemotherapy and radiation do the same thing – kill cancer cells, that is. But they have a devastating side effect that does not happen with the ellagitannins: they kill healthy cells too — destroying the immune system in the process. More people probably die from the side effects of chemo and radiation than actually die from the original cancer.

This is why Dr. Nixon’s studies on ellagitannins are so exciting. Potentially, we’re talking about an all-natural cancer treatment/preventative that provides ALL of the benefits of chemo and radiation and NONE OF THE SIDEFFECTS. An all-natural supplement, if you will, that can literally be taken every single day to prevent most cancers from ever even forming in your body.

Enough of the Nonsense

Ellagic acid supplements are now appearing everywhere, and most of them are pure nonsense. As for those products that truly contain pure ellagic acid, you don’t want them.

And as for those companies selling some form of berry-based ellagitannin complex and either calling it ellagic acid or claiming that it contains ellagic acid…don’t be fooled. It isn’t ellagic acid, and it doesn’t contain any (unless synthetic ellagic acid has been added to the formula). The fact of the matter is that ellagic acid itself is not naturally present in plants.

Instead, polymers of gallic acid and hexahydroxydipenoyl (HHDP) are linked to glucose centers to form the class of compounds known as ellagitannins. Ellagic acid is formed when the HHDP group is cleaved from the tannin molecule and spontaneously rearranges – as happens in the digestive tract. 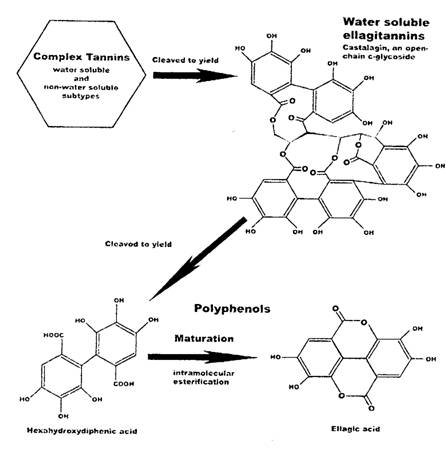 Why does this matter?

The bottom line is you don’t want to buy your supplements from a company that doesn’t have a clue about what they’re selling. Look for a company that uses accurate literature and labeling.

The Cure for Cancer?

Are ellagitannins the cure for cancer? No, of course not. But they are an important piece of the puzzle. You still want to do all parts of the Baseline of Health®.

As we’ve already discussed, the source of ellagitannins that you use matters.

Which brings us to the question of how to supplement with red raspberries. To be sure, Dr. Nixon used 1 cup of red raspberry puree per day in his studies. However, that is not practical for most people. Fortunately, it turns out the raspberry seeds have a much higher concentration of ellagitannins than the puree.

As you can see in the above table from the Washington State Red Raspberry Commission, over 70% of the ellagitannins present in the Meeker red raspberry are found in the seeds.