A new study by University of Michigan researcher, Dr. John M. Hollingsworth, indicates that many physicians are seeking alternative revenue sources, and that includes operating outpatient surgery centers. The study’s researches paid particular attention to surgery for kidney stone removal, asking whether the number of surgeries performed increased as a result of this practice.

The answer, as you probably suspected, is yes. The team found well over 2,200 additional surgeries performed in outpatient surgery centers opened from 2002 to 2006. In the fourth year after opening, an outpatient center contributed to a 64% increase in kidney stone surgeries in the local health care market compared to similar markets without an outpatient surgery facility. It’s a financial dream come true for physicians in these down economic times.

The question we need to ask now is whether all of these additional surgeries are necessary for anything other than padding physician’s bank accounts. Is there a better way to deal with kidney stones?

For most people, kidney stones are passed through the body without the need for surgery. However, sometimes they linger just long enough to cause a patient intense pain, and they can potentially lead to other complications. A doctor’s first option is to prescribe an alpha-blocker to help a patient pass the stone more swiftly. If that doesn’t do the trick, surgery is required to pulverize and extract the kidney stones. Lithotripsy is a common stone removal surgery. Note: surgery does not necessarily involve cutting someone open. It merely refers to “manual” or “operative” procedures, as opposed to using drugs to treat a disease or condition. In this case, lithotripsy uses sound waves to shatter the stones — like a medical Weirding Module from the movie, Dune.

Kidney stones are basically a buildup of gunk or sludge in the kidneys. While not everyone forms painful stones, most everyone has gunk built up that hinders kidney function by clogging up sections of the vast network of tiny tubules that make up the kidneys and that serve as the filtering mechanism for all of water and urine that pass through your body each and every day. Even without stones, it is possible for a person to build up enough sludge to “choke off” and kill large sections of kidney tissue, ultimately leading to kidney failure. Kidney failure happens when so much kidney tissue has died that the kidneys can no longer keep blood “clean.”

Kidney problems aren’t just a result of sludge buildup. They can also be caused by infections — often a secondary result of the lack of circulation in clogged up areas of the kidneys. And finally, high sugar and insulin levels resulting from diabetes can harm the proteins that are the building blocks of kidney tissues. But for most people, the problem starts with the build-up of sludge. And the problem is a growing epidemic throughout the civilized world, with the incidence of kidney disease having quadrupled in the last 25 years.

Obviously, avoiding surgery, if possible, will save you a great deal of money, not to mention a significant amount of pain. Can it be done? In almost all cases, the answer is yes. Obviously, changes in diet can help. Eating less high-glycemic foods to reduce damage to kidney proteins can help, as can reducing the amount of animal protein you eat, and drinking more water to flush out your kidney’s, but drink small amounts over the course of a day. Don’t tax your kidneys with large amounts of water all at once.

But even if you do all these things, there is still a good chance that sludge will build up in your kidneys over time. And for that, you will want to use an herbal kidney cleanse formula on a regular basis. By doing this, you can help prevent the build-up of sludge in the kidneys and even dissolve and remove any sludge or stones that may already be present.

Although there are several types of kidney stones/sludge (calcium, uric acid, struvite, and cysteine), each with its own chemical makeup, a well designed formula can nevertheless help with all of them. In addition, a good formula will not only help break up stones, but also work as a diuretic (removing excess water from the body), kill infections, soothe tissue in the urinary tract, reduce inflammation, and stimulate the growth and repair of renal tissue. Look for a formula that contains herbs such as chanca piedra, hydrangea root, gravel root, marshmallow root, juniper berry, and dandelion leaf. For more on exactly what to look for in a kidney formula, check out the appropriately named report, A Kidney Formula.

While not everyone is the perfect candidate for surgery, just about everyone can be a candidate for a kidney cleansing formula. Use of the formula can promote the softening and flushing of stones and keep your kidneys operating at peak performance. The older you get, the more important it becomes to detox and flush your system.

It seems like a kidney formula would be the obvious choice. Unfortunately it’s inexpensive; it works; and anybody can use it on their own. No wonder doctors don’t like it. Where’s the awe inspiring technology, the high cost, the dependence on medical expertise, and the requirement that you return again and again on a regular basis for another round of outpatient lithotripsy? That’s why it’s vital for patients to be proactive and take charge of their own health. 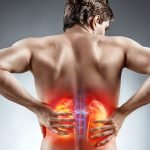