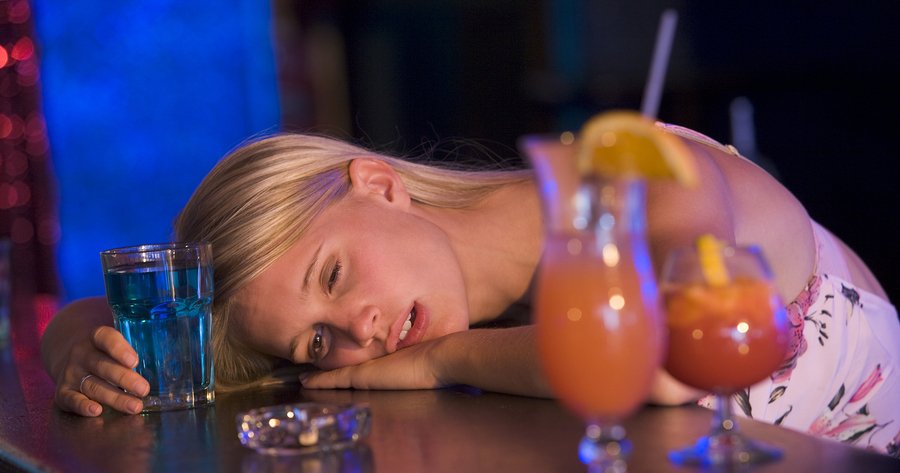 While guzzling down a six-pack, few teens worry about consequences. They’ve heard the warnings about drinking and driving and about beer bellies and liver rot, and still they chug-a-lug. Even so, evidence keeps mounting that drinking early in life leads to trouble later on, and now a recent study has uncovered yet another potential consequence of teen drinking (and binge drinking in particular): increased vulnerability to mood disorders such as depression and anxiety later in life.

The research, out of Loyola University, exposed a study group of rats to eight days of drunken revelry, injecting the rodents with enough alcohol to raise their blood alcohol levels to at least 0.15 percent. The rats received the alcohol injections for three days in a row, then had two days off, and then received another three-day dosing. For humans to reach an equivalent state of intoxication, females need to down at least four beers on one occasion, and men five — but other drinks lead to drunkenness faster. If margaritas are the drink of choice, for instance, women can only handle three before crossing the threshold, and men four.

In any event, a mere 30 days after their bender, the study group of rats reached adulthood (parents of human teens may sigh in envy). The researchers discovered that as adults, the rats had altered baseline levels of stress hormones (corticosterone), leaving them more vulnerable to depression, anxiety, and other mood disorders. Also, the rats that had been intoxicated in youth had an exaggerated stress hormone reaction when receiving any amount of alcohol as adults.

While the researchers admit that rat studies don’t always point a clear path to human equivalents, study director Dr. Toni Pak thinks the results do indicate potential trouble for teens who drink. “Exposing young people to alcohol could permanently disrupt normal connections in the brain that need to be made to ensure healthy adult brain function,” Pak says.

While some teens might get alarmed enough by the possibility of permanent brain alteration to put the brakes on at the next bash, comments on a Loyola University website cast doubt on the likelihood of the finding having any real impact. “What’s healthy adult brain function good for, anyway?” asks one commenter. “It’s not like developing brains are that great or anything. I mean, I drink at least twice a day just to forget about all the shitty poetry,” says another.

Given the fact that a survey conducted by the Substance Abuse and Mental Health Services Administration found that 36 percent of teens between the ages of 18 and 20 had indulged in at least one binge-drinking episode in the 30 days preceding being questioned, it’s a worrisome finding. And related studies show that anxiety and depression are just the tip of the iceberg when it comes to long-term effects of short-term teen revelry. Researchers at the University of New Mexico Medical School, for instance, just completed an investigation that found teen binge drinking can cause significant cognitive damage — and that study used human subjects. Study director Dr. Robert J. Thoma says, “Heavy drinking may disrupt normal neuro-developmental processes that hone and sharpen attention and executive function during adolescence in that alcohol may selectively target the frontal lobes.” The frontal lobes control decision-making ability, the ability to focus, social skills, planning, and exercising judgment.

Thoma’s colleague Dr. Susan F. Tapert of the University of California San Diego comments, “It could be that intense drinking during adolescence leads to delays or incomplete development of frontal brain regions, which in turn leads to problems with attention and executive functioning.”

In essence, teens who drink heavily may be giving themselves the equivalent of a prefrontal lobotomy, figuratively speaking.

If that’s not enough bad news, one more recent study found a link between binge drinking and later osteoporosis. This comes from other Loyola University rat studies. The first of these studies, conducted in 2008 by Dr. John Callaci, found that teen rats exposed to binge amounts of alcohol had a 15 percent greater decline in bone mass during adulthood compared to rats who had remained sober. A newer study by Callaci found that the bone-making genes of those binge-drinking rats had been disrupted, perhaps permanently.

If you have teens or kids who will be teens soon, you can only hope that your admonishments to “just say no” make a difference. But I’d be willing to guess that if you try to warn your teens of depression, cognitive impairment, and brittle bones, you’ll have little luck. Those are far off intangibles that are likely to draw sarcastic comments. If I were to place a bet on anything, I’d put my money on image. Just tell your teens that if they keep drinking, studies show they’re likely to become crotchety, bent-over, old people, with huge humps on their backs, who drool on themselves because of loss of brain function. In other words, they’re going to end up as what they most hate in the world — really uncool! Maybe that’ll work.

For more on alcohol related issues, check out Open Forest.