Obesity is a major problem in America, growing steadily every year — no one can dispute that.  And with obesity comes a range of other health issues that it has been linked with in numerous studies, such as diabetes, cardiovascular disease, and cancer.  The health care costs of obesity are approximately $147 billion a year in the United States alone.

But how do we fight obesity and get people to start taking better care of themselves and eating more healthfully?  The government has tried to educate through food pyramids and to enforce honesty (in some food categories) on labeling by food manufacturers, and still the problem worsens.  For quite a few years, there have been some experts calling on the federal government to start taxing unhealthy foods to take the battle with obesity to the next level.1  Although debatable whether such a tax would actually work, the experts do raise a few good points.

Despite everything we know about nutrition and how important it is to base our diets on fruits, vegetables, and whole grains (if you must eat grains), the majority of Americans are still eating mostly highly processed foods and full-fat animal products.  By applying a tax to items like sugary drinks, greasy French fries, and foods such as cookies and doughnuts that have no nutritional value at all, the government would be making those foods more expensive and hopefully less appealing.

The argument is that because fresh, healthy food isn’t always affordable everywhere, lower income people often choose junk food to get the biggest bang for their buck, truly choosing quantity over quality.  A “fat tax” would go a step beyond leveling the playing field since it would actually make the non-nutritious foods pricier than the healthful ones.  It also goes beyond the standard sales taxes on similar foods that some states have incorporated, which don’t add up enough to make an impact on consumer decision making.  Instead, experts are suggesting an excise tax, which is built into the shelf price and adds a significant percentage to the cost of each unhealthy item. And unlike a sales tax, customers would see the higher price when they view the product on the shelf, not appearing after the fact on a cash register tape that no one looks at.

At this point, though, you may be wondering why it is that so many unhealthy foods cost less than their healthier alternatives — especially considering that processed foods, by definition, require more processing, which you would think leads to higher costs?  The reason is that the federal government subsidizes them.  For example, by providing generous subsidies to the farmers who grow corn, which is an essential component in the high-fructose corn syrup found in so many high-calorie, low-nutrition items, and to the farmers who grow soybeans, which are used in the production of highly refined vegetable oil, the government itself has been keeping the prices of lots of sugary beverages and unhealthy fatty foods artificially low.

So in other words, the very government that created the problem in the first place by subsidizing the unhealthy goods with your tax dollars now wants to turn around and tax you yet again when you buy them — while still subsidizing them…again, with your tax dollars. Does this sound rational?  Or is it really about health at all — or rather, just another way to pick your pocket?

It is also worth considering who will be making the decisions as to what constitutes healthy food and unhealthy food in this scenario.  The track record of these politicians, bureaucrats, medical doctors, and lobbyists is far from stellar. And if they’ve made hundreds of wrong decisions concerning health in the past, why would you trust them to get it right now?

Just a few decades ago, cigarettes were promoted by medical doctors as an excellent choice for weight loss.  The American Medical Association touted margarine as a healthy alternative to butter.  The United States Department of Agriculture and the Food and Drug Administration decided that ketchup is a vegetable.  A couple of years ago, the FDA declared that mercury fillings are safe, contradicting their own panel of scientific experts.  And in 2008, high fructose corn syrup was endorsed by both the FDA and AMA. Yes, but that’s all in the past. Our authority figures are so much better informed now, right? As if! Consider:

Are these the people you really want dictating a healthy diet for you?

Politicians and bureaucrats obviously know nothing about health.  They respond to political pressure and to lobbyists and therefore should not be in charge of determining which foods are unhealthy and deserve a “fat tax.”  The idea of making dietary improvements is not only a good one, but many of our lives depend on it at this point.  However, achieving that through taxation is not the way to go.  Instead, people should focus on the message that they have to make the choice for themselves and choose more nutritious foods to make an investment in their health for the long run. And, of course, the government should just stop subsidizing junk food. That would automatically make healthy foods competitive with junk food, pricewise. What a nice idea! 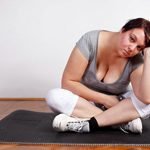 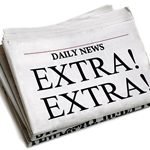 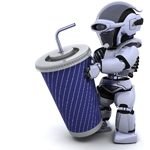