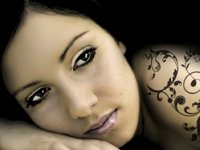 Back 10 years ago, a friend of mine invested in a machine that removes tattoos.  “You’ll see,” he said, “In 10 years everyone will want their tattoos removed.” His words may not be prophetic yet, but the news carried a story today that might give at least some people reason to want his services.

An outbreak of a nasty, hard-to-treat skin disease attributed to tattoo ink ingredients prompted both the Centers for Disease Control (CDC) and the Food and Drug Administration (FDA) to issue warnings about the associated health risks of tattoos.1 According to a CDC report released earlier this week, these skin infections are caused by a type of bacteria known as “nontuberculousmycobacteria (NTM).” The report says that the infections typically “require a minimum of 4 months of treatment with a combination of two or more antibiotics.”

And that’s just the tip of the iceberg. The more worrisome concern is that NTM infection can lead to other conditions, including lung disease, co-infection with staph and eye problems, and infections of other organs.  In the recent outbreak, 19 people from Rochester, New York reported skin infections. It turned out that the source of the infections was contaminated gray ink originating from Arizona.

Until now, the big health concern related to tattoos was the fear that unsanitary conditions in a tattoo parlor might cause infection. But in this case, the tattoo parlor involved held to high standards of sanitation. The CDC report says, “The artists used sterile instruments, wore clean disposable gloves, poured ink into single-use containers, and provided appropriate aftercare to the tattooed site.” They simply didn’t know or have any way of knowing that the ink came to them contaminated.

While only a small number of people have reported infection related to this batch of ink, authorities worry that problems stemming from contaminated inks might be on the rise. This past year, health officials identified 22 confirmed cases and over 30 suspected cases of the skin infection in four states across the country. And again, those are only cases that have been reported to authorities. There’s also the fact that individuals who get tattoos might not suspect that their tattoo has anything to do with say, a lung condition that develops subsequently.

As more people opt to get more tattoos, the threat of related complications grows. Authorities estimate that about 21 percent of American adults now have tattoos. Just four years ago, that figure was 14. As of last year, more than 36 percent of people in their 30’s had tattoos. You also need to add to the rapid increase in numbers of new tattoo customers the fact that many people these days want multiple tattoos with big designs covering larger areas of skin, rather than the discreet butterfly or small symbols popular at the start of the tattooing craze.

But NTM infections are hardly the only thing to worry about should you choose to have the word “Mom” emblazoned across your chest. First of all, the National Center for Toxicological Research has found carcinogenic substances among tattoo ink ingredients.2 The pigments often contain heavy metals like lead, titanium, and cadmium, as well as phthalates and hydrocarbons that are carcinogens and endocrine disruptors.3 According to an FDA fact sheet, some inks contain dyes “suitable for printers’ ink or automobile paint.” The FDA currently is conducting investigations to determine the long-term effects when the ink breaks down in the body or gets exposed to light, but as of now, nobody really knows the long-term effects.

Experts do warn, though, that black ink in particular may be trouble from the carcinogenic point-of- view. These inks contain polycyclic aromatic hydrocarbons (PAHs), which the EPA says are “among the most potent and well-documented skin carcinogens.” Anecdotal evidence points to skin melanomas occurring with some frequency at tattoo sites, but again, study evidence is lacking.

One of the biggest potential health risks of tattoos is the aforementioned risk of infection and disease due to unsanitary conditions at the tattoo parlor. If the needles aren’t sterilized or the artist fails to wash his or her hands properly, you’re vulnerable to contracting serious diseases like Hepatitis and HIV. In fact, studies indicate that getting a tattoo raises the risk of contracting Hepatitis C by 300 percent.4 And with some 170-200 million people infected worldwide and upwards of five million infected in the U.S. alone, that’s not an insignificant concern.5

If all this scary news about tattoos does nothing to dissuade you from getting art on your body, here’s one last fact to ponder. Up to 50 percent of people who get tattoos eventually want them removed. So what’s the big deal? You figure you can track down my friend with the removal machine if that should ever come to pass. You might want to take note that the laser removal process brings problems of its own. To remove a tattoo, the pigments get scorched by heat, and that apparently increases the volatility of the chemicals and generates new carcinogens and mutagenic substances.  According to a recent study in Germany, removing red and yellow pigments by laser irradiation increased the concentrations of toxic molecules up to 70 times.

Certainly there’s nothing new about people putting health at risk for the sake of beauty. Think high heels, breast implants, plastic surgery. Even knowing the risks, chances are the average person who wants a tattoo will get one—until and unless those risks get revealed as being as serious as those connected to smoking. It could happen as more studies are conducted, but in the interim, at least choose a tattoo parlor that holds to the highest standards of sanitation. Or then again, you can always hedge your bets and choose a temporary, washable tattoo – and that allows you to change dating partners easily, without having to explain to your new flame why your previous heartthrob’s name is emblazoned on your chest.

Note: the following video about tattooing and body altering contains some disturbing images: