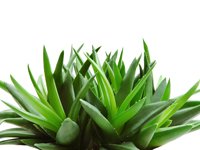 A small group of very special carbohydrates called mucopolysaccharides actually work to prevent bacteria and viruses from finding binding sites on the cells of your body. In fact, they literally trap and destroy them.

In order to understand the role that super saccharides (complex sugars) play in our body and how they benefit the immune system, it is necessary to touch on a little biochemistry. Don’t worry; we’ll stick to the basics.

All biological processes in the human body are effected through four main groups of biologically active molecules. These four groups are: fats, proteins, nucleic acids (RNA & DNA), and carbohydrates. In this report, our focus is on the carbohydrates.

Essentially, carbohydrates are compounds containing carbon, hydrogen and oxygen in the proportions 6:12:6. They are burned during metabolism to produce energy, liberating carbon dioxide (CO2) and water (H2O). The carbohydrates in the human diet can be divided into three groups:

At one time, carbohydrates were thought to serve mainly as an energy source for the body, but it is now recognized that many carbohydrates play key roles in enhancing immune function and in facilitating cellular communication.

Carbohydrates and the Immune System

Most cells in the body have carbohydrate molecules on their surface. These carbohydrates are often attached to proteins or to fats and act as receptors for bacteria, viruses, or antibodies. The invaders actually use these sugars as fuel to grow, multiply, and attack the cell itself.

A small group of very special carbohydrates called mucopolysaccharides, however, actually work to prevent bacteria and viruses from finding binding sites. In fact, they literally trap and destroy them. In addition, they also work to trap and destroy antibodies; thus halting infection caused disease and autoimmune diseases in their tracks.

Mucopolysaccharides to Enhance the Immune System

Mucopolysaccharides, now more commonly called glycosamino-glycans, are a special form of polysaccharide. They are made in the human body and perform many key functions in our health, including promoting growth and enhancing the immune system. Unfortunately, after puberty we cease manufacturing these polysaccharides and must obtain them from outside sources.

Mucopolysaccharides are found in many of the foods that we call “miracle foods” including: aloe vera, medicinal mushrooms, and nutritional yeast. Since we have already discussed the benefits of the mucopolysaccharides found in the medicinal mushrooms (reishi, maitake, and cordyceps) in the Barron Report on Immunity Plus, in this report we will focus on the super saccharides found in aloe vera and nutritional yeast.

The Power of Aloe Vera

Aloe vera is an amazing mixture of more than 200 constituents, including polysaccharides, enzymes, glycoproteins, amino acids, vitamins and minerals. Although aloe is almost legendary for its healing and regenerative powers, it’s true potential was merely waiting to be tapped. The problem has always been that aloe’s key active ingredients were so diluted in liquids and gels and so destroyed in processing (especially in dried aloe concentrates) that only tiny amounts were ever available for use by the human body. It is almost miraculous that even with these limitations, aloe was as effective as it was. It is only within the last decade, however, that scientists have learned how to concentrate the active ingredients in aloe to levels far, far, far beyond what was possible before – while at the same time preserving the integrity of the key ingredients. And then, within just the last year, that process has been significantly enhanced to almost unimaginable levels; and that’s why we’re talking about aloe today.

The active polysaccharide fractions in aloe are called galacto-mannans or beta-glucomannans. These polysaccharides have been shown in laboratory studies to act as a bridge between foreign proteins (such as virus particles) and macrophage cells in the human body, facilitating the destruction of the invading the protein by the macrophage. Activating the receptor sites of the macrophages is also a key to the overall boosting of cell-mediated immunity, which, significantly, is deficient in HIV infection and other immune disorders. In addition, aloe polysaccharides also protect the bone marrow from damage by toxic chemicals and drugs.

These various effects, while seemingly widespread and unrelated, are in fact due to one simple process that occurs at the cell membrane. Acemannan (the name often used for aloe beta-glucomannans, acetylated polymannans and mucopolysaccharides) is a long chain sugar that interjects itself into all cell membranes. This results in an increase in the fluidity and permeability of the membranes allowing toxins to flow out of the cell more easily and nutrients to enter the cell more easily. This results in improved cellular metabolism throughout the body and an overall boost in energy production.

Following are a few of the vital functions Acemannan and the other constituents of aloe have been found to perform. They…

The bottom line is that concentrated aloe fractions enhance the functioning of the entire immune system, detoxify the body, promote the repair of a wide range of tissues and organs, improve digestive functions, and help with the destruction and elimination of invading bacteria, viruses, and parasites.

Traditionally, the problem with aloe vera products is that the key active ingredients, the mannan sugars, are not particularly concentrated in the aloe plant, and are not particularly stable. In addition, they are easily destroyed both in the harvesting process and in the concentration process. It is only in the last few years that these limitations have been overcome and supplements with meaningful amounts of mannan sugars have been produced. And now, a brand new proprietary process has been discovered that allows for the dehydration and concentration of aloe at low temperatures (never exceeding 100 degrees Fahrenheit). This is significant since it preserves the integrity of the mannan sugars – not to mention the enzyme activity of the aloe constituents. This process produces a product that contains all of the complex carbohydrates contained in whole aloe leaf at powerfully high levels of concentration – as high as 200:1.

Oriental healers have known for hundreds of years that something inside yeast and mushrooms has the ability to dramatically enhance your immune system. Scientists have now identified that something as a long chain of polysaccharides called Beta glucans. In fact, the real discovery came when scientists discovered which particular kinds of glucans (Beta 1,3 and 1,6) provide most of the benefits.

Since the 1940’s, researchers have investigated the nutritional benefits of Beta glucans. Derived from the broken cell walls of yeast and from mushrooms, barley and oats. Beta glucans are capable of reducing unhealthy amounts of serum cholesterol and boosting the immune system. (Note: Beta glucan is the only glucan found effective in preventing coronary heart disease by significantly lowering LDL blood cholesterol and increasing HDL (good) cholesterol levels. In fact, the FDA has approved Beta glucan supplementation for preventing coronary heart disease.)

As just mentioned, Beta glucans are a powerful immune stimulator, activating the macrophages in the immune system. Keep in mind that your macrophages are your immune system’s first line of defense against viral, fungal, bacterial, and parasitic infections. In addition, macrophages play a major role in recognizing and eliminating aberrant (cancerous) cells from the body.

There have been over 1,000 research papers on Beta glucans since the 1960’s. Research backed by prestigious institutions such as the U.S. Food and Drug Administration, Harvard, Tulane, Baylor, McGill, University of California, Duke, Washington, the Armed Forces Radiology Research Institute, and other institutions all demonstrate the high immune activating properties and cholesterol lowering properties of Beta glucans.

Beta glucans have been clinically proven to enhance macrophage production dramatically, and to increase nonspecific host resistance to a variety of bacterial, fungal, and parasitic infections, including:

In addition, “The broad spectrum of immunopharmacological activities of glucan includes not only the modification of certain bacterial, fungal, viral, and parasitic infections, but also inhibition of tumor growth.” Nicholas DiLuzio, Ph.D., Department of Physiology Tulane University School of Medicine. Which leads us to…

It is important to understand that although there are a number of animal studies and cell studies (and a great deal of anecdotal evidence) available that indicate that “super saccharides” may play a significant role in protecting against cancer and AIDS; there are NO significant, valid human studies that prove this to be so at this time.

For example, if you search on the Internet, you will find references to remarkable studies by Drs. McDaniel and McAnalley concerning the effect of aloe fractions on the status of patients with ARC (AIDS Related Complex). They gave the polysaccharide fraction of aloe orally (250 milligrams four times a day) to 8 patients with ARC, with Walter Reed staging from 3 to 6. Eight of eight patients showed improvement within 90 days of therapy with an average reduction of 2 Walter Reed stages.

The problem is that as exciting as these studies are (and as frequently cited as they are), they were conducted on too small a group of patients and without proper controls, which makes their results merely interesting, not proven.

The bottom line is that you certainly have nothing to lose by supplementing with “super saccharides” if you are concerned about cancer or AIDS, but again, understand, nothing is proven – yet.

My recommended dosage is 500 mg of concentrated aloe fractions a day, along with 20 mg of Beta glucans for maintenance purposes. Double it if you wish to use the combination more aggressively.

There is really only one minor warning. Concentrated aloe fractions can stimulate increased bowel function (a good thing), but it’s recommended that you start slowly and increase your intake of these fractions gradually to avoid intestinal cramping.

Find out more about Jon Barron’s formulas and where to find them at our product recommendation page:  /products

Swine Flu, Nothing Has Changed