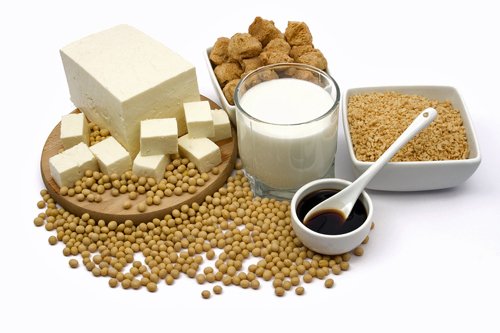 Fermented soy is a “reasonable” part of the diet when used in “reasonable” amounts. Soy becomes a problem food when used as the main protein, or as a large scale dairy replacement, in the diet. To paraphrase the old spiritual saying: “Too much of a good thing is bad. Too much of any single dietary component is bad. No matter how healthy a food is, if you overindulge in it, disease will result, not health.”

In large amounts, the high levels of phytoestrogens in soy become problematic. Also, soy beans have one of the highest levels of phytic acid of any legume known. Phytic acid is a substance that can block the uptake of essential minerals — calcium, magnesium, copper, iron and especially zinc — in the intestinal tract. Phytic acid is neutralized in fermented soy, such as tempeh and miso, but not in soy milk or tofu. Soy also contains goitrogens, which are substances that depress thyroid function. Not a problem in small amounts, but a significant problem when consumed in larger amounts.

Note: Soy is especially not appropriate for children under the age of 5-particularly as a major component of their diets. I’m not a big fan of soy milk for children of any age, but especially for infants. The phytoestrogens are really more than their bodies were designed to handle. One exception is for girls between the ages of 5-11. Small amounts of soy in the diet (preferably fermented) may be cancer protective later in life.