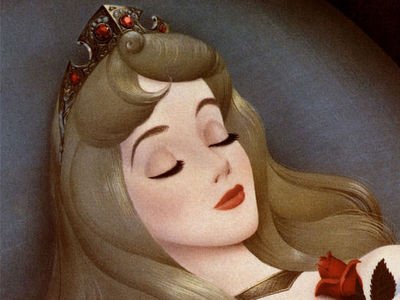 If you want to catch up on sleep, don’t plan a vacation to West Virginia. People there are more sleep-deprived than anywhere else in the US. You’d be better off going to, say, Hawaii, where the scent of plumeria must lull citizens into REM, since more people there report sleeping through the night compared to every other state.

According to a poll of more than 400,000 people just completed by the Centers for Disease Control, the percentage of people reporting disturbed and inadequate sleep really does vary wildly from one state to the next. In West Virginia, over 19 percent of the respondents reported bad sleep during the previous 30 days. But people in chilly North Dakota had far lower numbers, with only 7.4 percent having lost sleep. In general, the Southern states performed poorly, although none were nearly as sorry as West Virginia. Florida respondents, for instance, reported 13.5 percent poor sleep, and Alabama 13.2.

But while the geography factor certainly sparked interest among researchers, so did the finding that overall, the respondents, regardless of which state they lived in, were overwhelmingly short on sleep. Only three out of every 10 respondents claimed excellent sleep for the previous month, meaning that a full 70 percent hadn’t slept well at least some of the month A full 38 percent hadn’t had adequate sleep for more than seven nights in the previous 30 days, and more than one in ten claimed they hadn’t enjoyed a single good night’s rest.

The study also found that adults now get considerably less sleep than they did a mere decade ago, and that sleep levels continue to decline. Experts say that adults need between seven and eight hours of rest every night in order to maintain health. But in this latest poll, 20 percent of the respondents reported sleeping less than six hours a night, far short of the minimum, compared to only 13 percent in 2001. And remember, quality of sleep counts even more than quantity — six restless hours adds up to nowhere near enough restorative rest.

The statistics skew not only by geography, but also by gender, economic status, and educational level. Having a college degree, for instance, may open the door to employment, but apparently, it shuts the door on good shut-eye. In fact, high school dropouts fare much better in the sleep department (38 percent report excellent sleep) than do college graduates (28 percent). The data show that men sleep better than women, the elderly sleep better than young adults, and Caucasians sleep better than Blacks or Hispanics.

The sleeplessness epidemic has an impact beyond making people dull at work or school. In fact, the researchers say that not sleeping the minimum seven hours night after night adds up to a chronic sleep disorder, and that’s what between 50 million to 70 million Americans suffer from. Lack of sleep correlates with psychological problems such as anxiety and depression, as well as with physical issues including increased risk for obesity, hypertension, diabetes, and high cholesterol — not mention, higher mortality rates. Plus, poor sleep links to higher levels of smoking, substance abuse, and drinking, more risk of car accidents, compromised attention span and greater likelihood of obesity.

On the other hand, some evidence indicates that oversleeping (more than eight hours a night) also correlates to major health issues and increased risk of early death. You can’t sleep too much or too little. But many experts argue that the factors that lead people to oversleep — typically depression or preexisting heath issues — cause the spike in morbidity and mortality, not sleeping in. In any event, nobody is arguing with the reality that sleep deprivation causes an array of serious psychological and physical health problems.

So what is causing all the restless nights? And why do rates of sleeplessness just keep increasing?

The CDC report says, “The major causes of sleep loss are overlapping and include lifestyle and occupational factors that reflect broad societal factors (e.g., work hours and access to technology), and specific sleep disorders.” In other words, people work into the night or work so many hours that their schedule cuts into sleep. Or, they stay up at night enjoying “technology,” including the Internet and television.

According to researcher Lela McKnight Eily, who led a previous CDC sleep study, “At night, we’re doing everything except for sleeping — we’re on the Internet, we may be watching TV. With these new lifestyles, we have kind of taken sleep for granted as something that we can do when we have time or we can catch up on it on the weekends. We don’t realize that sleep is a vital part of overall health and that chronic sleep loss is related to both physical and mental health issues. It’s getting worse.”

The researchers don’t mention a few other factors that might cause tossing and turning. First, diet contributes to insomnia. Drinking caffeine-laden sodas and coffees, eating sweets, and eating a poorly balanced diet all create sleeplessness. So do many pharmaceuticals. Not getting enough exercise also throws the metabolism off and makes sleep difficult. Compared to a few decades ago, we eat more, we eat worse, and we exercise less and then to compensate for the toll on our bodies, we take more pharmaceuticals. No wonder we have disturbed sleep. And, of course, we haven’t even mentioned the epidemic of obesity, which can be a major contributing factor to sleep apnea. Add to that the factors the CDC named — the late night internet cruising and work schedules that spill over into the night, and you have the perfect recipe for insomnia.

The CDC recommends that health care providers address the problem by “evaluating patients who report chronic insufficient rest or sleep and advise them of effective behavioral strategies including keeping a regular sleep schedule; avoiding stimulating activities within 2 hours of bedtime; avoiding caffeine, nicotine, and alcohol in the evening; sleeping in a dark, quiet, well-ventilated space; and avoiding going to bed hungry.” I was with them until that last recommendation, the “avoid going to bed hungry” They don’t mention that the pre-bedtime snack should not be milk and cookies, nor should it be a large meal, which surely will wake you in a few hours as your body tries to digest. Instead, the report says, “pharmacologic intervention might be warranted.”

If you can’t sleep, you might take a good look at your lifestyle and physical condition, and if there’s no way to get it under control in the short run, at least try some natural health alternatives before resorting to Ambien.