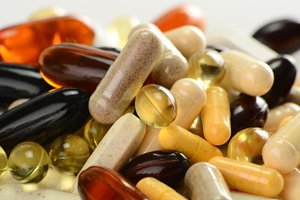 The current issue of the Journal of the National Cancer Institute (JNCI) contains the result of a study that is likely to get major play in the press. The study used questionnaires to track some 300,000 men over a five year period in an attempt to analyze the effect of multivitamin/antioxidant supplements on prostate cancer.

The study concluded that taking multivitamin/antioxidant supplements “is a concern for men because of a possible increased risk of advanced and fatal prostate cancers, and the subject merits further evaluation.”

An accompanying editorial in the same issue of the JNCI notes that these results “add to the growing evidence that questions the beneficial value of antioxidant vitamin pills in generally well-nourished populations and underscore the possibility that antioxidant supplements could have unintended consequences for our health.” The editorial then goes on to state that we need to, “Test for benefits and harms of supplements before they come to the market. This would entail fair testing of all commercial ingested products with claimed health benefits, as we intend to do with pharmaceutical drugs.”

The study and the accompanying editorial posited several theories to explain the results.

Let’s quickly address these theories, and then cut to the chase.

One. Yes, free radicals do play a role in getting rid of unwanted cells. In fact, a primary effect of chemotherapy is to monumentally increase free radical production, with the idea being that those free radicals kill the cancer cells — before they also destroy the body’s healthy cells. The body’s preferred method of getting rid of cancer cells is through the immune system, not through free radical production. Also, the premise that a normal diet is physiologically balanced and that supplements are unbalanced is based on what norm? Take selenium, for example. Selenium is hardly constant in food — appearing only in foods grown in selenium rich soils. Brazil nuts can contain anywhere from 0 to 550 micrograms per ounce. That’s anywhere from 0 to 2/3 of the DV for selenium per ounce, depending on the soil the nuts are grown in. Where’s the norm in that? In point of fact, selenium was more prevalent in food 100 years ago than in today’s food because of mineral depletion in our farm soils. So which physiological norm are we talking about — today, or 100 years ago?

Two. The body only utilizes about 3,000-5,000 ORAC of antioxidants per day. Taking more than that of natural antioxidants has minimal impact unless you have excessively high levels of free radicals to deal with.

Three: Here we hit the crux of the matter. To quote from the editorial, “It is important to keep in mind that antioxidant supplements are synthetic.” Oh really!!!!! And what antioxidants are we talking about here? Synthetic vitamin E, synthetic beta-carotene, elemental selenium? If that’s what was being evaluated, then no wonder they got those results.

This is the crux of the problem. The people conducting these studies (the same people the editorial says should be conducting “fair testing on all ingested products with claimed health benefits” don’t have the slightest idea what they’re doing. They don’t understand the difference between supplements. They think one vitamin E is like the next — that synthetic dl-alpha tocopherol is the same as a natural full complex E. They think elemental selenium is the same as organically bound selenium. They think that beta-carotene made from acetylene gas is the same as naturally sourced beta-carotene accompanied by a full range of supporting carotenoids. They are wrong.

Not differentiating between grades of supplements when testing them is like putting regular gas in a Ferrari and claiming that gas is bad for cars because the results prove that it makes the cars ping and knock.

That’s nonsense, and so is the study. In fact, it’s probably worth mentioning that for Goran Bjelakovic, co-author of the editorial, this is his second bite of the apple in just the last couple of months. In March, JAMA published his study concluding that treatment with beta carotene, vitamin A, and vitamin E may increase mortality. Kind of makes you wonder what the agenda is here — and who’s paying for these studies?

Note: For a complete discussion on how to validly test antioxidants, check out our Anti-Aging Program.