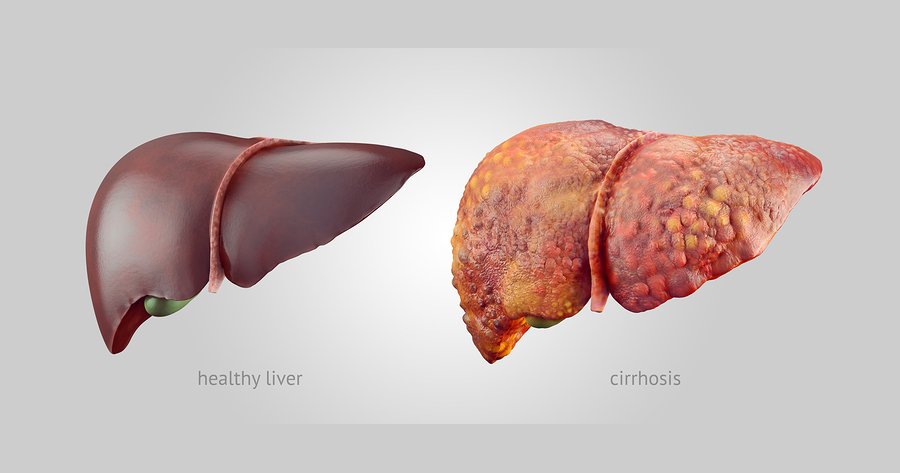 Scientists at Sapporo University Medical School in Japan may have developed a method to stop the progression of liver cirrhosis, and in fact, to actually reverse the disease.1 Sato Y, Murase K, Kato J, et al. “Resolution of liver cirrhosis using vitamin A-coupled liposomes to deliver siRNA against a collagen-specific chaperone.” Nat Biotech 2008/04/ 26:4 431-42. http://www.nature.com/nbt/journal/v26/n4/full/nbt1396.html  Until now, the disease has been considered incurable (at least by the medical community) with liver transplant the only real option.

Cirrhosis occurs when the liver becomes overtaxed by excessive consumption of alcohol or carbohydrates, or in response to certain diseases such as Hepatitis B and C. Hepatic stellate cells2 http://en.wikipedia.org/wiki/Hepatic_stellate_cell  within the liver respond to liver damage by producing collagen, a fibrous, sticky substance, which in turn scars and hardens the surrounding tissue. To address this condition, the researchers developed molecules that actually block collagen production. They then found a way to encase the collagen-blocking molecules in vitamin A — which the stellate cells naturally absorb — and injected the “disguised” molecules into rats that had cirrhosis. The “tricked” stellate cells absorbed the disguised molecules, which in turn blocked continuing collagen production.

Apparently, after receiving the collagen-blocking molecules, the liver started to regenerate tissue. “We were able to completely eradicate the fibrosis by injecting this agent … we cured them of the cirrhosis,” researcher Yoshiro Niitsu said. He explained that the liver both creates the collagen and creates enzymes that dissolve collagen, once the cirrhosis is cleared.

And since this study was published, researchers have continued to make inroads in reversing at least some cases of cirrhosis. For example, a 2010 study published in Hepatology found that patients with chronic hepatitis B who received at least 3 years of cumulative entecavir (antiviral) therapy achieved substantial histologic improvement and regression of fibrosis or cirrhosis.3 Ting-Tsung Chang, Yun-Fan Liaw, Shun-Sheng Wu, et al. “Long-term entecavir therapy results in the reversal of fibrosis/cirrhosis and continued histological improvement in patients with chronic hepatitis B.” Hepatology, Volume 52, Issue 3. September 2010 Pages 886–893. http://onlinelibrary.wiley.com/doi/10.1002/hep.23785/abstract;jsessionid=B47F9FC9DAEC2E3D98085DCF3640A468.f04t04  And in 2014 a study out of the University of California, San Diego School of Medicine announed, “First, we’ve shown that liver fibrosis is markedly reversible and we now better understand how it happens. Second, we can start looking for ways to direct active myofibroblasts to stop producing scar, and become inactive. We can focus on developing drugs that promote cell change and regression. It raises the bar for prospective treatment tremendously.”4 Keiko Iwaisakoa, Chunyan Jianga, Mingjun Zhanga,et al. “Origin of myofibroblasts in the fibrotic liver in mice.” PNAS August 12, 2014 vol. 111 no. 32. http://www.pnas.org/content/111/32/E3297.full?sid=db49ea5e-b603-499b-acb0-f4c2f8daeace

My goodness, it sounds like they’ve all been visiting my website. As I’ve been saying for the last thirty years, the liver has an “astounding ability to regenerate itself — if given a chance.” Now we see “scientific” evidence that by removing diseased tissue, the liver has the amazing ability to build itself anew. This makes clear how much benefit you can reap by improving your diet and cleansing your liver, even if your self-care hasn’t been exemplary until now.

As I detail in Lessons from the Miracle Doctors, the liver is the largest organ in the body and certainly one of the most important — if not the most important. The liver is the body’s primary filter, responsible for over 200 functions. It regulates fat stores, destroys toxins and removes waste, aids in digestion by producing bile, stores vitamins, maintains hormone balance, produces immune factors, and so on. When the liver becomes damaged due to poor dietary choices, or from overeating or overdrinking, by toxins or drug residues, the toll on health is disastrous.

Liver dysfunction can lead to:

To avoid these complications, give your liver a chance to heal itself. Avoid liver stressors by cleaning up your diet and exercising, cleanse and rebuild your liver by doing a couple of liver detoxes each year, and provide regular nutritional support for your liver with herbs such as milk thistle, dandelion root, the perennial herb picrorhiza kurroa (sometimes called kutkin, or “Indian milk thistle), and artichoke or beet leaf. 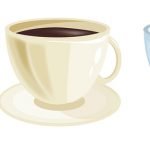 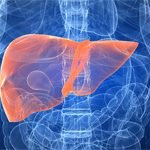 How To Do A Liver Detox & Blood Cleanse