The Rap on Food Wraps 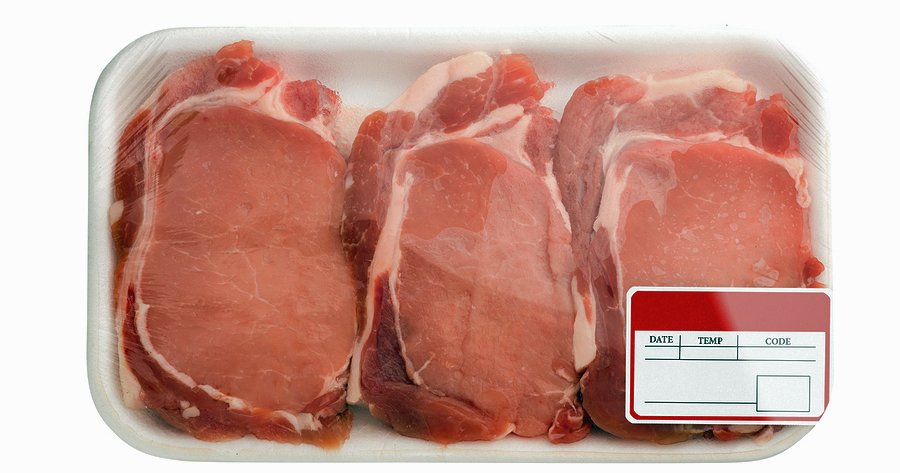 Cold pizza for breakfast inspires some people so much that a song by Christine Lavin celebrates the supposed delicacy. Others find turkey leavings the day after Thanksgiving far more enticing. But while yummy leftovers may excite culinary ecstasy, their nutritional goodness raises questions, especially if those leftovers were wrapped in plastic to keep them fresh.

In the developed world, plastic wraps have become more omnipresent than the flag. We throw loose vegetables into plastic bags at the supermarket, and then when we have leftovers, we stuff them into other plastic bags with snap tops or into Tupperware-type containers, or, we wrap them in cling-wrap. But all these plastic storage methods, while beautifully convenient, threaten health in a big way.

Jon Barron has written extensively in the past about the dangers of BPA-laden plastic containers. The same caveats apply to cling wrap and plastic bags. While plastic wrap doesn’t usually contain BPA, it typically derives from polyvinyl chloride, which contains the carcinogen chlorine.1 In addition, most plastic wrap contains a substance called DEHA, which has properties similar to phthalates—those nasty components in BPA plastics. Like phthlates, DEHA acts as an endocrine disruptor in the body. Studies have linked it directly to liver tumors in mice, as well as to asthma in children and to a wide range of cancers.2

While manufacturers don’t advertise the fact, research shows that DEHA can leach from plastic onto food. In fact, in the late 90’s, Consumers Union conducted research and found that food wrapped in plastic had DEHA levels that exceeded maximum contamination levels set in Europe. The US did not limit DEHA content, claiming that the health hazards have not been clearly established. That’s still the claim (nice to know they’re looking out for us), and as of today, no DEHA standards are in effect in the US.

You can minimize exposure to DEHA by not heating foods wrapped in plastic. Never microwave food in plastic, even if the directions instruct you to. As with plastic bottles, heating wrap breaks it down and allows the chemicals it contains to leach out. Also, it’s good to know that some types of food seem to draw the DEHA out of the plastic more than others–particularly high-fat foods like pastries and cheese–and so wrapping these kinds of food items in plastic may be riskier than using the wrap to preserve your carrots or sprouts.

The big selling point with plastic wrap is that it clings, and the clingier it is, the better. Brand names like “Saran Cling Plus Clear” line the shelves, bearing tag lines like “Clings Tight to Keep Foods Fresh.” But clingier certainly doesn’t mean healthier, because those chemicals that give the wrap its cling also can give you cancer. Actually, some of the major manufacturers responded to concerns like these a few years ago, changing formulas to a more benign version based on low-density polyethylene (LDPE), which supposedly is better for humans and the environment.3 LDPE, also known as #4 plastic, doesn’t contain chlorine, for one thing, nor does it have DEHA, and it’s supposedly more stable than other plastics. It’s probably a better choice for both wrap and plastic storage containers. Saran Wrap, Glad Wrap, and the Costco brand all use LDPE plastic, while Reynolds Wrap and Polyvinyl Films All-Purpose Food Wrap still use the DEHA formula.4 But not surprisingly, the healthier plastic doesn’t do the clingy thing as well as the old-style polyvinyl chloride wraps.

On the other hand, preliminary studies indicate that LDPE, too, may cause problems. Some studies have found that LDPE-based wrap leaches measurable levels of chemicals such as BHT, Chimassorb 81, Irganox PS 800, Irganix 1076, and Irganox 1010 into vegetable oil. (How good can you feel about something that exposes you to an entire array of unpronounceable chemical names?) Over time, almost all plastic degrades, especially when exposed to heat, and this means it can start leaching its chemical components. Again, LDPE-based products do far better than DEHA products when tested for leaching, but they aren’t fail-proof. Research into the effects of LDPE continues, and until evidence of its safety increases, it’s probably better to err on the side of caution.

If you must use plastic wrap, it’s wise to keep it from touching your edibles. But even if you do so, or if you only choose the supposedly “safer” brands, you can still suffer the effects of contamination if you go out to eat or buy prepared foods from a deli. Most commercial food manufacturers and restaurants still use the old polyvinyl chloride product. If they don’t, when they send you home with half your sandwich, it’s probably wrapped in paper grease-proofed with chemicals known as polyfluoroalkyl phosphoric acid diesters, or diPaps. (Think fast food hamburgers and fries.) Jon Barron has written before that diPaps are incredibly toxic and even deadly, though omnipresent in commercial paper wraps.

It seems you can’t win. On the one hand, you gain health points by not finishing your entire supersize meal, but then you lose points by storing it or toting it home in poison-laden wrapping material.

So what to do with your leftovers? Many experts say the old-fashioned waxed paper is a safer bet. You can buy a roll and bring it with you when you go out to eat, asking the restaurant to use it instead of their kitchen stock material. Aluminum foil also has its problems, but that’s the subject for another article. The best choice is to store your leftovers in glass or stainless steel containers. You’ll be doing the environment a favor by not adding more plastic waste material to the landfills, and you’ll be doing your body a favor by not adding any more plasticizers to your bloodstream.