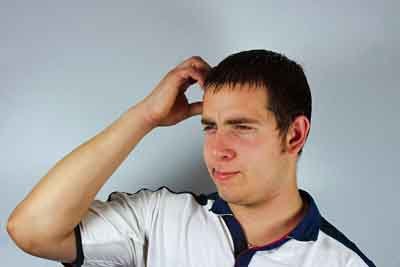 The Baseline of Health Foundation receives close to 10,000 emails a month, most with questions for me. While it is true that the answer to the vast majority of those questions can already be found onsite at www.jonbarron.org, some are not. (Check out the Search function at the top left of each page on the site.) Until a couple of months ago, the Foundation staff, under my guidance, attempted to answer those questions one on one. Unfortunately, that finally became impossible as the volume of email has steadily continued to increase.

That said, what we have decided to do is answer questions of general interest online in our blog and in occasional newsletters. Obviously, we cannot give personal guidance on specific health issues. That would be illegal. Also, if the question is too specific, involving a rare disease or multiple factors that would be unique to only one individual, then such a Q&A would have little use to our readers at large. What we have in this newsletter are some questions that we have either seen several times from different readers so that we know there is wide interest, or that open areas of general interest in their answers. Today’s questions deal with Nattokinase, Rice and Pea Protein, Olive Leaf and Beneficial Bacteria, Pulmonary Hypertension and COPD, Lectins, Children’s Vaccines, Are Enzymes Harmful, Dysbiosis, Flu Shots, Diabetes, and Colonics VS Correctives.

Jon, I had a stroke. The MD wanted me to take aspirin (to thin the blood), but I heard aspirin could cause bleeding. So I went to nattokinase, but another health advisor said natto was worthless. Any suggestions?

I’m not sure what your health advisor is referring to. There are certainly a plethora of studies supporting the efficacy of nattokinase — not to mention mountains of empirical and anecdotal evidence testifying to the same. And in fact, here at the Foundation, we have heard from large numbers of people who have used nattokinase with great benefit. Perhaps your advisor was referring to something specific to your circumstances. You will have to go back to your health advisor and find out why your situation is likely to be different than the norm.

Thanks for the advice on the pea and rice protein. I have noticed results in 2 weeks already with my muscle pain lessening from my adrenal insufficiency.

I told a bodybuilder about Jon’s article on protein and how pea and rice together make the best choice. He got angry, he thought that pea and rice is ridiculous and couldn’t possibly be better than animal protein. I gave him the link to the article but he hasn’t read it. He told me that he hopes I have fun wearing out my pancreas and using an insulin pump cause that’s what’s going to happen to me if I keep using pea and rice. So he wasn’t very nice. I think he is thinking in terms of carbs. He is on a low carb diet, Atkins type diet. I’m not sure how healthy that is.

Have you gotten heat from bodybuilders/athletes on the pea and rice protein thing?

I have received no heat at all from bodybuilders on the formula — at least from those who have used it. In fact, a number have written in reporting astounding results. Yes, it sounds like your friend was thinking the formula would be packed with carbs, but there are very few carbs in the rice/pea combo (depending on what brand you use). In fact, when it comes to wearing out the pancreas, whey will actually do that much faster than the rice/pea blend because it creates a condition called aminoacidemia that causes the body to pump insulin.
Incidentally, about six years ago, Jon did a series on low carb diets. https://www.jonbarron.org/weight-loss/low-carb-craziness-part-1

Olive leaf extract is indeed a potent antibiotic, and in fact is known to attack certain helpful probiotics, including soil based bacteria such as bacillus subtilis. But olive leaf primarily works by stimulating your body’s protective cells (phagocytes) to ingest foreign matter. Therefore, for the most part, it does not significantly impact the probiotics normally resident in your intestinal tract such as acidophilus, bifidus, and salivarius. Nevertheless, we would recommend that you restrict your use of olive leaf extract to special occasions — in other words, don’t use it on a daily basis — and conclude your use of olive leaf with a good probiotic formula to replenish the intestinal tract with helpful bacteria.

Do you have any thoughts relative to treatment (alternative) for pulmonary hypertension caused by COPD and causing heart issues?

For obvious legal reasons, I cannot diagnose or prescribe for specific conditions. All I can do is provide information. With that in mind, I have written extensively on the exact issues you have questions on.

One of the FAQ’s on the Nutribody Protein site about guar gum says that there’s evidence that it may enhance the effects of certain deleterious lectins. What are lectins and why can they be harmful? I heard that there are a lot of lectins in beans, nuts, and many grains. Since many vegetarians eat a good amount of beans and nuts, is that a problem?

Lectins are any of several plant proteins that bind to specific carbohydrate groups on proteins or on cell membranes and can stimulate the proliferation of lymphocytes (an immune response) and cause red blood cells. And if you read what I actually say in answer to the question concerning lectins and guar gum, I write, “The literature is ambiguous and inconclusive at best — and even if taken at face value, the effect is minor.”

The doctor suggested my 11-month old grandson take MMR Vaccine (Mumps, Measels & Rubella). I was told there are several side effects to this particular vaccine such as autism and paralysis etc…also, the Flu Vaccine.

Please give me your opinion (what you think about this).

Though I’m not into his supplements, I do think that Dr. Douillard gives an interesting talk on how enzymes can be hazardous to your health. What do you think?

Dr. Douillard’s key argument is that “regular use of digestive enzymes weakens your digestion because your body no longer has to do the work itself and you will then become dependent on them. It’s similar to exercise – if you stop exercising you start to atrophy and become weak.” It might be true, but for it to be true, several other things must be true also.

I’m not sure that real world evidence supports those conditions. If you want to gain a better understanding of how supplemental enzymes actually work, check out my series of newsletters on enzymes.

I have a sick child who has real and chronic stomach pains, intermittent but accompanied by an astonishingly copious amount of stomach gas a whole six weeks after a food poisoning incident. We have been to the Doctor and ruled out appendicitis, etc. Surprisingly, the doctor was happy even though the stool test came back negative to prescribe triple therapy on the symptoms alone, but I have had nothing but very bad and long-term effects from antibiotics, and I know the success rate for the triple therapy is extremely low. We are trying to find a safe and effective alternative treatment to the triple therapy the doctor recommended.

It would seem that dysbiosis might be a significant contributing factor here. In other words, the good bacteria in your son’s intestinal tract have been killed off and been replaced by less friendly bacteria that create intestinal distress and gas as they ferment food. And yes, candida overgrowth is a likely result too. Using antibiotics is not an effective treatment in that, yes, they may kill the bad bacteria, but since they don’t replace them with good bacteria, the bad guys merely jump right back in as soon as the antibiotics are stopped.

You might want to find a local natural health practitioner who can help your son rebuild his beneficial bacteria using probiotics and possibly recommending the use of digestive enzymes to help break down the food before it enters his intestinal tract, thus reducing the opportunity for gas to form. Assuming there is no actual physical damage to the intestinal tract, that is likely to prove helpful.

I haven’t had a swine flu vaccination yet. I was just thinking of getting a regular flu shot. Is that advisable? I’m a vegetarian, take care of myself, have no diseases of any kind, and hardly ever get sick. I haven’t had a flu shot for 4 years.

As I’ve pointed out numerous times, the problem with flu shots is not so much the side effects — which are a serious problem only for a very small percentage of people. The problem is that the statistical evidence shows that flu shots are far, far less effective than the medical community promotes. However, they are inexpensive, and if you want one, go for it. On the other hand, I highly recommend keeping your immune system boosted and have a supply of natural antipathogens on hand just in case the flu shot doesn’t work.

I have Type 2 diabetes. I read somewhere on a diabetes site that you have a medication that cures diabetes. Where can I get it?

Despite what you may have heard, I do not have a formula that cures or treats diabetes. That would be a medication, and I do not formulate or sell medications. However, I do have a formula that helps the body metabolize sugar more evenly and efficiently, and many people find that helpful. That formula is called Glucotor v.2, and it is sold by Baseline Nutritionals.

You might find my newsletter on diabetes useful. https://www.jonbarron.org/diabetes/reversing-blood-sugar-levels-natural-health
In addition you might want to check out:

I am concerned about the misinformation you are giving about colonics. Several points about colonics that you make are factually untrue:

Having read it, we would tend to disagree with several of your points.

That said, I support the use of colonics for what they do well — but do point out those things that they don’t do as well. I’ve repeatedly said that periodic colonics can definitely improve your health and sense of well being, but for a complete cleansing, you need a more herbal approach.

Again, this has been just a sampling of the thousands of questions we receive each month at the Foundation. Hope you enjoyed it.