PSA Testing – Too Much of A Bad Thing

When the inventor of the primary screening test for prostate cancer calls it a “hugely expensive public health disaster,” you’d think doctors might take the hint. If only! Instead, the medical profession acts like an enabling spouse, and the pharmaceutical industry plays the role of the neighborhood bar. There may be too much dignity to be lost for the medical profession and too much profit to be given up by big Pharma to allow them to make the changes that the reality of prostate cancer screening requires.

In a recent Op Ed column for the New York Times, Dr. Richard Ablin, the discoverer of PSA (prostate-specific antigen, an enzyme made by the prostate), says the annual bill for PSA screening in the U.S. is $3 billion, even though the test “is hardly more effective than a coin toss.” According to Ablin, the test does not detect the presence of prostate cancer. It merely shows how much prostate antigen a man has in his blood. “Infections, over-the-counter drugs like ibuprofen, and benign swelling of the prostate can all elevate a man’s P.S.A. levels, but none of these factors signals cancer. Men with low readings might still harbor dangerous cancers, while those with high readings might be completely healthy,” he says.

In fact, Dr. Ablin points out the test got approved by the FDA after a study came out showing that it could detect a mere 3.8 percent of prostate cancers, “which was a better rate than the standard method, a digital rectal exam.” One might think a psychic reader having a good day could do a lot better than 3.8 percent!

But the problem extends beyond the questionable accuracy of the test. There’s also the fact that even when it does detect prostate cancers, in many cases, that finding makes not one whit of difference. In 2008, the United States Preventive Services Task Force (USPSTF) recommended that screening for men over 75 years old be discontinued. The task force found that most prostate tumors are slow growing, and that’s particularly true for older men. Men of that age will almost certainly die of other causes before their prostate tumor kills them or even before they experience symptoms, even without treatment. In fact, studies show that up to 44 percent of all identified cases of prostate cancer have been found at a point where the disease won’t affect life expectancy. And yet one out of every three men older than 75 gets screened for prostate cancer, and if diagnosed, those men typically get shuttled through a series of treatments that can be debilitating and painful and completely unnecessary.

But even for younger men, the value of the test is questionable. According to a study published in the New England Journal of Medicine in August of 2009 by the Department of Veterans Affairs, “[u]sing the most optimistic assumption about the benefit of screening — that the entire decline in prostate cancer mortality observed during [the study] period (1986-2005) is attributable to this additional diagnosis — we estimated that, for each man who experienced the presumed benefit, more than 20 had to be diagnosed with prostate cancer.” In other words, 20 men received treatments like radiation and surgery, but only one of them lived longer because of it. The study concludes that this has led to the diagnosis of prostate cancer in over one million additional men, and “most of this excess incidence must represent over diagnosis.” A similar European study of 182,000 men found that while screening did lead to a slight decline in death rates, 48 men had to be treated to prevent one death. And the author of yet another similar study, Dr. Gilbert Welch of Dartmouth University, said, “For every man who avoids a prostate cancer death due to PSA screening, about 50 men have to be treated unnecessarily — and a third of these men will have serious problems with treatment.” These problems include impotence, incontinence, breast enlargement, and rectal bleeding.

The American Cancer Society has started backing off its insistence that every man needs the test even if he’s older than Albus Dumbledore. In its revised guidelines, it cites a study of 76,600 men that found that annual PSA and rectal exam screenings made no difference in cancer deaths at 10-year follow-ups. But still, the new recommendations remain wishy-washy. They basically suggest that men over 50 in good health should talk to their doctors about whether the testing makes sense — and guess what they’re going to recommend? Meanwhile, the American Urological Association still suggests regular screenings.

According to Dr. Ablin, the test still gets performed on over 30 million men annually, and the fact that pharmaceutical companies keep pushing the tests helps keep the screening momentum up. While he concedes that in some cases, testing makes sense — where there’s a family history of the disease, for instance, he also concludes, “I never dreamed that my discovery four decades ago would lead to such a profit-driven public health disaster. The medical community must confront reality and stop the inappropriate use of PSA screening. Doing so would save billions of dollars and rescue millions of men from unnecessary, debilitating treatments.”

Of course it’s interesting that the medical community assumes that diagnosis absolutely indicates the usual treatments will follow, but that’s a subject for another time. Given the inaccuracy of the tests and the likelihood that those with a positive diagnosis will fall prey to the typical radiation/surgery routines, it seems obvious that prevention and clean living make a lot more sense.

And finally, if your doctor insists on a PSA test, and if you always do what your doctor tells you, then at least press him/her for the updated PSA test, the Prostate Health Index. The Index test measures blood levels of three different types of PSA. Combined with annual biopsies, or tissue samples, it was about 70% accurate in singling out the aggressive tumors in a small study. Oh, I almost forgot to mention, although it’s now used in Europe, it’s still waiting for FDA approval in the U.S. 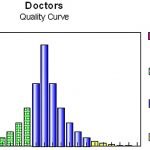