Just because you grew up eating bacon, sausage, hot dogs, and other processed meats and lived to tell the tale doesn’t mean they are safe to consume.  In fact, especially because you may have eaten them plentifully in earlier years, you should make every effort to avoid them as much as possible now.  They have been linked to numerous health issues in various studies, and now there’s even more evidence of their potential for harm.  Recent research has found an association between processed meat and pancreatic cancer risk.

The study, which took place at the Karolinska Institute in Stockholm, Sweden, focused on a compilation of data from 11 previous studies.1  There were more than 6,643 patients with a diagnosis of pancreatic cancer involved in the research, and this analysis drew a connection between consuming processed meat and an elevated risk of developing pancreatic cancer. In fact, the risk rose by 19 percent for every 1.8 ounces, or 50 grams, of processed meat eaten daily.  And 1.8 ounces is only the amount in a single sausage, so if you like your side of bacon and/or sausage with breakfast every morning, you are likely upping your risk by 20-40 percent, or as much as 60 percent if you opt for a Denny’s Lumberjack Slam breakfast.2

Pancreatic cancer is a particularly dangerous disease because it is often asymptomatic in its early stages.  By the time there are signs of illness, the cancer has usually metastasized to other organs.  While the risk of developing pancreatic cancer is relatively low at 13.6 per 100,000 men and 10.7 per 100,000 women, the death rates are much higher than for most other cancers.  According to the National Cancer Institute, approximately 44,030 men and women in the U.S. were estimated to be diagnosed with pancreatic cancer in 2011 and 37,660 of them will die of the disease.3

Red meat and processed meat in particular have already been associated with other health conditions in quite a bit of earlier research.  The subject has been covered on this website several times.  One such example is a 2010 study at the Harvard School of Public Health in Boston that found that people who eat processed meats have a 42 percent higher risk of getting heart disease and a 19 percent higher risk of getting Type 2 diabetes for each daily serving consumed.4

Processed meat carries serious health risks above and beyond any that may be associated with meat in general — primarily because of the presence of sodium nitrate and/or nitrite, which are used as curing agents.5   First of all, they both contribute to a mammoth excess in sodium intake, which increases your risk of hypertension, with one-third of Americans suffering from this condition.  Just take a look at the nutrition label on a package of processed meat and you’ll see how high the sodium counts are. For example, a 3.5 ounce portion of Canadian bacon has 2,500 mg of sodium. But beyond that, both sodium nitrate and sodium nitrite are associated with a significant increase in cancer risks.6

Now, we do understand that if you were raised in a meat and potatoes kind of house, with your deli sandwiches, ballpark franks, and bacon and egg breakfasts, it can be difficult to go cold turkey and give it all up completely.  But there are much, much better ways to satisfy your taste for meat without increasing your chances of developing a disease.  One key is to stop eating processed and “commercial” red meat and switch over to organic, grass fed meat.  These healthier meats are given no antibiotics or growth hormone.  Their diets include no pesticide-laced feed or other cows and cow products.  They will also provide much improved omega-6:omega-3 fatty acid ratios — approaching the ideal 2:1 or even 1:1 ratios that will likely play a role conferring some protection for everything from heart disease to cancer.

So if you are a meat eater, at least choose a healthy variety. Avoid processed meats made with sodium nitrates and nitrites.  Keep your consumption moderate, alternating with other sources of protein such as organic chicken, fish, and vegetarian protein.  And remember that portion sizes are not the amount of meat served in most restaurants. A 3-4 ounce portion is plenty in one sitting.

4 Datz, Todd. “Eating Processed Meats, but Not Unprocessed Red Meats, May Raise Risk of Heart Disease and Diabetes.” Harvard School of Public Health. 17 May 2010.  The President and Fellows of Harvard College. 14 September 2011. <http://www.hsph.harvard.edu/news/press-releases/2010-releases/processed-meats-unprocessed-heart-disease-diabetes.html>. 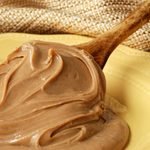