I’ve written before that over the years studies on probiotics have yielded conflicting results. While most of the scientific evidence shows that probiotics offer significant health benefits, there have been negative studies too. Now, new research adds weight to what I’ve been saying for a long time — simply supplementing with probiotics isn’t enough; you need to take the right probiotics in the right combinations in order to reap the desired benefits.

This new study, out of the University of Cork College in Ireland, examined the impact of probiotics on three animal diseases that have human counterparts: bovine mastitis, porcine salmonellosis (a gastrointestinal disease), and listeriosis in mice (a potentially fatal form of food poisoning). The research team administered the probiotics to healthy animals and then exposed the animals to the diseases. They found that indeed, the probiotics exerted a protective effect. “In all three animal diseases we observed a positive effect in that the animals were significantly protected against infection,” said study director Dr. Colin Hill.

Equally as important, the team found that animals already infected with the diseases recovered as effectively and quickly on probiotics as they would have on the most advanced antibiotic treatment. Said Dr. Hill, “It is likely that using probiotics rather than antibiotics will appeal to at-risk individuals since they are safe, non-invasive, do not create resistant bacteria and can even be administered in the form of tasty foods or beverages.” (Actually, that should sound appealing to anyone.)

Now here’s the catch: The researchers developed their own probiotics, and they targeted each strain to the particular disease being addressed. Mice infected with listeriosis received Lactobacillus salivarius. Cows infected with mastitis took Lactococcus lactis. The beneficial effect against each disease linked back to a particular beneficial bacteria, and each bacteria worked by way of a different process such as the probiotic killing the pathogen in one case, or the probiotic activating the immune system in another.

I’ve written before that “most of the earlier studies [on probiotic effectiveness] that claim inconclusive results are based on using a limited number of cultures (often one particular culture), further limited by the use of a single strain, and testing for one predefined result that may or may not fall within that particular strain’s actual benefits.” If you have any understanding of probiotics, that’s a really stupid way to use them. The probiotic used must match the condition being addressed, and this latest study bears out that fact.

Certainly, any news that points to a safe alternative to antibiotics is good news. If the scientific community becomes convinced that probiotics match antibiotics in efficacy, that bodes very well indeed, especially given the rising tide of antibiotic-resistant conditions. In fact, almost simultaneous with the release of the results of this study, an article came out in The New York Times about a potentially fatal stomach bug that’s spreading like wildfire and is exacerbated by antibiotics. About 15,000 to 20,000 people die each year from the disease, which gets spurred on when antibiotics wipe out the helpful bacteria in the intestinal tract. Yet more evidence that antibiotic overuse is creating a dangerous public health threat.

The researchers now are working to determine which cultures to use for human trials. They expressed doubt that commercial probiotic products could be targeted enough to be effective against a particular disease, insisting that for each disease a specific strain of bacteria must be isolated and administered. But when these researchers refer to commercial products, what are they talking about? Products like Dannon’s Activia, Nature’s Bounty Chewable Acidophilus, or probiotic Boost Drinks for Kids? Those products would hardly be targeted enough or strong enough to prevent serious disease.

But make no mistake, if you know what to look for, there are extremely powerful, proven formulas out there — formulas that have been effectively fighting disease since long before these researchers decided to study probiotics in the first place. In fact, what do you think prompted their study?

For guidelines on effective formulations, see Part 2 of my newsletter series on probiotics. 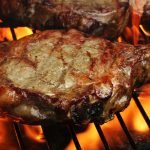