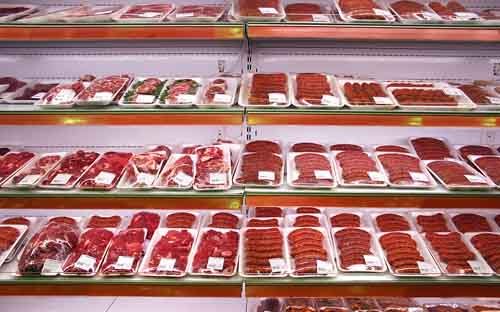 In a recently released study, researchers found that, in general, the more beef a woman ate, the lower her son’s sperm count was throughout his entire life. For women who ate beef at least seven times a week, the son’s sperm averaged 24 percent below normal. And even though those sons were successful in producing a pregnancy, they were three times as likely to have consulted a fertility doctor before doing so.

The problem may be due to anabolic steroids used in the United States to fatten the cattle, Shanna H. Swan of the University of Rochester Medical Center reported in the current issue of the journal Human Reproduction. She also indicated it might be due to pesticides and other environmental contaminants.

What amazes me is not the results of the study, but the fact that people seem so surprised by it and consider it newsworthy. This is old news, news that’s been repeatedly announced over the years, and yet the press always consider each new announcement a revelation. And, no one ever seems to want to act on it.

The bottom line is that it’s no secret that pesticides and hormones negatively affect fertility and sexual characteristics. Ah! Perhaps people are expressing surprise that eating beef should expose one to high levels of pesticides and hormones. But why? Most people know that in the United States, growth hormones are regularly injected into animals to increase their size and dairy output. Don’t get too smug, international readers, because pesticides are an even bigger problem outside the U.S.

Why should it come as a surprise then that they are actually more concentrated in meat and dairy than in the plants themselves? What do people think happens to the pesticides in the thousands of pounds of pesticide-laced-feed that cattle eat during their lifetime? Quite simply, it concentrates in their flesh, fat, and dairy output so that when you eat or drink it, you get a concentrated dose – as much as 3 to 6 times higher than what you might find in the feed itself.