Those cynics who say that everything pleasurable causes cancer now have a new argument on their side. According to a recent study, it turns out that oral sex may cause cancer. Apparently, there’s been a dramatic spike in rates of oral cancers among young people in recent years, which researchers attribute to increased indulgence in oral sex. All jokes or moral judgment aside, this raises some very interesting health issues.

Those cynics who say that everything pleasurable causes cancer now have a new argument on their side. According to a recent study, it turns out that oral sex may cause cancer. Apparently, there’s been a dramatic spike in rates of oral cancers among young people in recent years, which researchers attribute to increased indulgence in oral sex. All jokes or moral judgment aside, this raises some very interesting health issues.

The scientists say that the cancers in question spread by way of a virus known as human papilloma virus (HPV). With anywhere from 25-33% of all women in the United States infected with HPV, this is no laughing matter. HPV spreads person to person by direct contact. The HPV virus attaches to the location it makes contact with, and there it can disrupt cells, rendering those cells incapable of self-repair. The virus remains localized without traveling through the bloodstream, although the cancerous cells it creates can spread through the system. It’s HPV that causes cervical cancer as well as penile cancer and anal squamous cell carcinoma, too.

As it turns out, HPV can trigger tumors throughout the oral cavity leading to cancers of the roof of the mouth, throat, tonsils, and base of the tongue. It isn’t the only cause of oral tumors (smoking, chewing tobacco, and drinking are major risk factors too), but two decades ago, only about 20 percent of people who had oral tumors tested positive for HPV. By 2007, as published in the New England Journal of Medicine, that rate had risen to 72 percent. Of the 34,000 oral cancer victims in the US today, 39 percent are HPV-related.

HPV victims tend to be younger than average cancer patients. A Johns Hopkins study found that HPV-related oral cancers doubled among people in their 40’s between 1973 and 2004. According to Dr. Robert Haddad, a surgeon at Dana Farber Cancer Institute, “[These patients] are in their 30s and 40s. They are nonsmokers, and they don’t drink alcohol excessively.”

Given the method of transmission — again, the virus clings to surfaces it touches — the link between oral cancer and oral sex seems fairly obvious. “There is absolutely a link between oral sex and oral cancer,” said Dr. Ellen Rome, of the Cleveland Clinic. But investigators say they “can’t rule out the possibility” that HPV may be transmitted via French kissing, making even first base a potentially dangerous place.

This should come as news to many who think that oral sex and intercourse are entirely different animals (including a former president of the United States). This particularly applies to teens, who, according to a 2005 study published in the Journal Pediatrics predominantly think oral sex is less risky than vaginal sex. Dr. Rome points out, “The risks associated with it don’t get as much press as the risks you can see with vaginal sex. You don’t see someone pregnant after oral sex.”

The treatments for oral cancers as prescribed by the medical establishment usually involve surgery, radiation, and chemo. That should be enough to make you think twice.

HPV has a very long incubation period in terms of generating cancer, typically 20 to 30 years, and so many who later develop HPV-related tumors actually became HPV positive as teens. Given that recent health surveys show that more than half of American teens now engage in oral sex — certainly a substantial increase since the days when Sesame Street was getting started — there’s reason for concern. Plus, up to 20 percent of those teens claim “technical virginity,” believing that they’re risk free.

Abstinence is one solution; another is to use condoms, but that probably won’t do much to protect male victims (in terms of either physical or mental health) — and men have a 35 percent increased risk of developing HPV-related oral cancer compared to women. Also, as with other sexually transmitted diseases, the more partners, the greater the risk factor, and so refraining from promiscuity offers some protection. The New England Journal of Medicine reported that those who had oral sex with six or more partners had almost nine times the risk of getting oral cancer, and the more partners, the greater the risk.

The researchers concluded, not surprisingly in these vaccine-happy days, that widespread vaccination of teenagers should be undertaken right quick to protect them against HPV infection. Since its release in 2006, the medical community has been tossing around the idea of making Gardasil vaccination mandatory for girls aged 10-12 to protect them from HPV-induced cervical cancer, and in fact, it already is mandatory in Texas and Virginia. Now there’s more fuel to add to that fire, plus, a purported reason to also subject boys to the vaccine. The study’s authors write, “Our results and those of other studies provide a rationale for HPV vaccination in both boys and girls — since oropharyngeal cancers occur in men and women.”

But if you think you can let your teens loose without risk once they’re vaccinated, you might want to consider that Gardasil–which right now would be the vaccine of choice — has a spotty track record. While the vaccine contains no mercury or thimerosol, of 23 million doses administered as of December 31, 2008, there were 11,916 “adverse events” reported. Fainting after vaccination frequently happens, and less common reactions include blood clots, Bells Palsy, paralysis, seizures, miscarriage, Guillain-Barre syndrome, and death. Add to this mix the fact that the effectiveness of the early vaccinations won’t be known for decades, until the teenage guinea pigs reach their 30’s and 40’s. 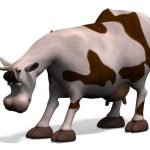 The War on Cancer, New Drugs