For a while now, scientists have known that men lose fertility as they age just as fast as women do — even faster, in fact. Women start heading “over the hill” reproductively at around age 30, but men begin the decline a full six years earlier, by age 24. Plus, studies have shown that older men stand a higher chance of fathering babies with autism, dwarfism, and schizophrenia. So much for the stereotype of the virile codger being a suitable match for the fertile young coed. In fact, several Israeli studies found that the likelihood of autism increases by almost 600 percent when the father is over 40 (immunization shots aside), while the risk of schizophrenia doubles.

And now, in a further blow to the macho dream, a new study of 80,000 people by researchers at Karolinska Institute in Sweden has found that once men reach age 29, their chances of fathering a bipolar child increase by 11 percent. That risk climbs by 37 percent by the time men reach age 55, when compared to men still in their 20s. And bipolar illness tends to have an earlier onset in children of older fathers: those born to dads over age 55 are twice as likely to develop manic-depressive illness before their 20th birthday. In contrast, maternal age doesn’t seem to be much of a factor in the development of the disease.

Historically, scientists have pointed to the correlation between maternal age and birth defects, while men have been comparatively left “off the hook.” The role of women in contributing to fertility and fetal problems seems more obvious. Women carry their eggs around for a long time before they conceive — they have all their eggs at birth (no new eggs are ever created again in their lifetime), and those eggs degrade over time due to biological stresses and environmental factors. But men keep producing new sperm throughout their lives. Until recently, the assumption has been that new sperm is fresh and healthy because it is new, even if it comes from an older man. Not so, the evidence shows because sperm production involves duplicating DNA, and as men age, their ability to accurately replicate DNA declines. This results in DNA copy errors, and the mutated DNA can lead to a host of complications.

One of the most surprising of the complications is that older sperm contributes to miscarriages. A study out of the University of California, Berkeley, found that the sperm of men aged 40-49 was twice as likely to have DNA fragmentation as the sperm of men in their 20s — possibly leading to spontaneous abortion. Given that it’s almost a universal assumption that “something is wrong with the woman” when she suffers multiple miscarriages, this fact comes as a revelation that may take some of the pressure off of prospective moms.

Commenting on the bipolar study, Dr. Harry Fisch, author of The Male Biological Clock, said, “The message here for men is: don’t wait too long. [The male biological clock] starts ticking after the age of 30….We are seeing problems in men over the age of 40, and there is an increase in disorders when the father is over the age of 45.”

In spite of all this gloomy news for men at midlife and beyond, it’s obvious that some older men do, in fact, father healthy children. In other words, there are things men can do to minimize the likelihood of having hormonal imbalances and genetic abnormalities that affect their sperm. For instance, the aforementioned Dr. Fisch suggests that men quit smoking, stay out of jacuzzis (which heat testicles and lower fertility), and rid the body of infections.

The biological clock does indeed keep ticking (for both men and women), but you can slow its beat by following a healthy lifestyle. Heck, you might as well just follow the Baseline of Health® Program as outlined Lessons from the Miracle Doctors. For specific recommendations on supplements, check out Supplements from Preconception on Up.

Oh, and I almost forgot — apparently marijuana decreases male fertility (it’s directly sperm toxic). Man, that’s such a bummer! And so does Viagra, as it causes sperm to ejaculate its enzyme load too soon to penetrate the egg. And that’s just too darn poetic!

Smart Sperm – Revenge of the Nerds 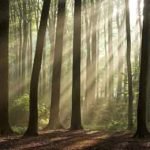