Here’s a question for the SATs. If a food package says “whole grain — keeps your heart healthy and maintains a healthy body,” does that mean the product is healthy? Hint: it’s a trick question, because that’s just what Nestle’s Honey Shreddies says on the box, and the cereal contains far more sugar in an average serving than a doughnut.

A survey of 1454 parents just completed by the British Heart Foundation discovered that an overwhelming majority get misled because of tricky labeling. For example, seventy-six percent of the mothers surveyed believed that if a product says, “Whole grain,” it’s healthy. Sixty-three percent considered Coco Pops healthy because the label says, “a source of calcium, iron and six vitamins.” But ounce for ounce, the cereal contains more saturated fat and sugar than chocolate cake. (Has anyone thought of adding vitamins and minerals to genuine chocolate cake? Sounds like a winner.) And three out of every five believed that “no artificial colorings or additives” assured nutritional virtue.

The problem is that although law mandates that nutrition labels tell what products contain, consumers get seduced by the front-of-box bold print making health claims, and then don’t bother to analyze the small print on the label. The survey found that 83 percent of the respondents wanted to see all nutritional information consolidated on the front of the package.

The chief executive of the British Heart Foundation, Peter Mullins, issued a press release saying, “Mums are having the wool pulled over their eyes by food manufacturers. Smoke and mirror tactics means that foods targeted at children and high in fat, salt and sugar are being disguised with partial health claims suggesting they are a healthy choice. Regularly eating these types of foods could have serious implications for kids’ future health.”

But naturally, the food companies played innocent, claiming that the ingredients were plain to see on the box. “All we claim is that the sweets contain no artificial colours and flavours – which is true – so we’re not sure why this should confuse anybody,” said a spokesperson for the Natural Confectionery Company (can you say, “conflict of interest?”) And a representative from Nestle commented, “A Kellogg’s Coco Pops Cereal and Milk bar actually contains less than two teaspoons of sugar per bar and has half the calories (84) and far less fat than a chocolate bar,” implying both that two teaspoons of sugar is a modest amount and that a chocolate bar is a fair measuring stick for healthy food.

The most packed punch came from Julian Hunt, head of the Food and Drink Association. “The nutrition claims identified by BHF are not ‘partial health claims’ – they are approved under the EU Nutrition and Health Claims Regulation, which is setting a strict legal framework for all claims on food packs,” he said. “To claim otherwise is being completely disingenuous – or shows that the BHF is deliberately trying to mislead both mums and journalists at what is a very busy time for all of us.”

Now there’s a fine bit of spin. Mr. Hunt implies that by simply reporting that parents find food labeling confusing, the BHF is being disingenuous. He drives his point home by accusing the BHF of deliberately misleading parents because the agency points out labeling double-speak, and then ends his huff by essentially saying he’s too busy for all this nonsense. But Mr. Hunt apparently didn’t know when to quietly withdraw, because he added that the BHF press release was “short, makes very little sense and left us groaning.” Most certainly, the groaning part rings true. The food company executives certainly must have groaned when they saw hard facts exposing the truth about their products blasted all over the press.

Meanwhile, back in the US, label confusion led to 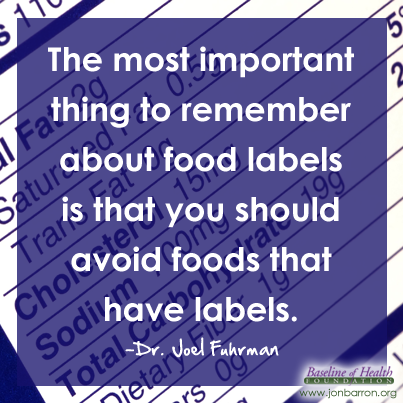 halt of the “Smart Choices” program. The Smart Choices label, stamped on the front of a food package, ostensibly indicated that the food inside the box met certain nutritional standards. But, the FDA apparently noticed some of the smart choices weren’t so smart after all, and so sent a letter to food distributors saying it planned to crack down on misleading labeling, prompting several companies to stop using the Smart Choices stamp before getting busted. Given that the stamp appeared on Fruit Loops and Cracker Jacks, it seems retiring the label makes good sense.

“There are products that have gotten the Smart Choices check mark that are almost 50 percent sugar,” FDA Commissioner Margaret Hamburg explained, but unfortunately, the FDA’s threat to start enforcing stricter standards did not come with any dates or name any products.

Although food manufacturers claim that they are working to meet consumer demands for healthier products, the word “healthier” seems relative to say the least. For instance, take ConAgra’s move to reduce sodium in its soup. Their Healthy Choice brand soups still contain 480 milligrams of sodium per serving, not exactly a negligible amount. And General Mills, which now boasts cereals with added fiber, nevertheless has 13 grams of sugar in its FiberOne Raisin Bran Clusters cereal, which more than offsets any health benefits associated with its 11 grams of fiber.

In spite of industry objections, consumers shouldn’t need to study each carton with a magnifying glass before determining if the bold health claims have any merit. But that’s exactly the situation consumers find themselves in, and since the typical consumer is unarmed with much knowledge of nutrition, the situation portrayed by the British Heart Foundation is hardly “the very bad Christmas cracker joke” that the Food and Drink Federation called it.

Note: As a Christmas present for Nestle, the FDA recently sent them two letters objecting to the “misleading” labeling of their BOOST Kid Essentials and Juicy Juice products. 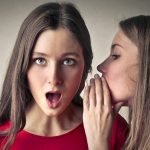 Gallery image with caption: The Secret War against Supplements 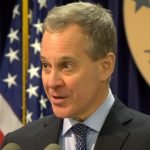 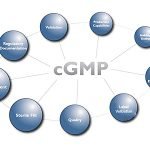 Gallery image with caption: Can You Trust Your Supplements?

Gallery image with caption: Dietary Supplements under Attack by the AMA, Again