News About Your Death Day 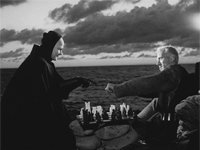 Try as you might to eat healthy and live clean, the sad truth is that all good things must end. Eventually, you die. Unless you’re clairvoyant and know when people die, you can’t possibly know when your death day will occur, but there may be a way to play the odds if you’re a betting man (or woman). A new death day study has found your chances of biting the dust spike by 14 percent on your birthday.1 So much for cake, candles, and presents. If you’re over the age of 60, the odds of dying on your birthday increase 18 percent.

The study, out of the University of Zurich, involved 2.5 million people — a large enough sample to take seriously. The types of fatalities noted spanned the spectrum, but certain types of deaths in particular escalated by huge margins. For instance, you have a 44 percent increased risk of dying from a fall on your birthday if you’re a male. Men also had a 35 percent bump in death by suicide and a 29 percent increase in accidental deaths not involving falls or cars.

Death by natural causes also rose on birthdays, and for both sexes.  Heart disease fatalities shot up by 18.6 percent, death by cancer rose by 10.5 percent, and women experienced a 21.5 percent increased risk of dying from stroke. On the day after the birthday, the study found even more cancer fatalities than on the birthday itself.

Why do so many people expire on their special day? Some hypothesize that it’s the celebratory nature of birthdays causing the fatalities. People tend to drink more than usual at their own parties; the experts suspect that it’s the birthday cocktails that lead to the falls and accidents. But the fact is that those who drink at their own birthday party probably drink at other parties, too. It makes little sense that birthday drinking would tilt the odds more than drinking at other events on other days, indicating that some other factor must be at work.

Maybe it’s the fact that people tend to suspend dietary rules on their birthdays and go for the second piece of devil’s food cake or the third helping of mocha chip. Sugar can exacerbate depression, perhaps contributing to the elevated suicide rate. Plus, sweets in abundance can certainly trigger blood sugar imbalances and throw the system into chaos, so the birthday diet may indeed play a role in the deadly effect. Still, the average person overindulges on Thanksgiving and Christmas and at parties throughout the year — and in fact, death rates are elevated during the holidays, which lends support to the theory.

Another theory attributes the high death rate to birthday stress. Certainly birthdays do bring you face-to-face with the reality that you’re aging, although dying seems an extreme reaction to confronting the bad news that you’re another year closer to death. On the other hand, it’s certainly stressful and depressing to be alone on your birthday. Those who have lost their loved ones may find themselves without anyone to celebrate with. For many people, the birthday brings loneliness into bold relief. And we already know that being depressed increases your risk of having a heart attack.

More mystical types blame the birthday-death phenomenon on “the postponement factor,” meaning people hang on to life until they make it past important landmark days. And some Eastern mystics maintain that the soul comes to the fore on every birthday to reaffirm its mission on earth. When the mission is complete, the soul takes leave and the body dies.

Professor Richard Wiseman of the University of Hertfordshire says, “There are two camps — one is the camp that suggests you eat too much and your getting on a bit and that causes you to die. The other is a placebo effect. You are knife-edged on death. And you kept yourself going until your birthday. You think ‘that’s it, I’ve had enough, I’m out of here.”2

There’s absolutely no proof to back up any of these theories. The truth is, nobody knows why death rates soar on birthdays. (Maybe it’s a combination of all of the above.) Nor is there any explanation as to why death by assault more than doubles on Tuesdays while death by car crash halves on that same day, or why suicides spike on Mondays.3 It seems obvious that the elevated car crash fatalities on Saturdays must be related to weekend drinking, and the relatively low rate of Saturday suicides may be attributed to the same thing.

There are fewer deaths in the summer and quite a few more in winter.4 June and September are the most likely months for avoiding your demise; in January, though, your odds of dying go way up, with the second and third weeks of that month the most deadly.4 As for other days to beware of, besides your birthday, Christmas has the single highest rate of death of any day, up to 10 percent above average.5 And the Fourth of July has the distinction of being the most likely day to die in a car crash — at least in the US.

Where does all this leave you? The bottom line is that unless you’re playing chess with death as inThe Seventh Seal your time will come whenever it comes and there probably isn’t much you can do about it other than follow a healthy lifestyle to delay the inevitable — and to ensure you can enjoy the time you’re here. But in the meantime, there is no denying that birthdays are a vulnerable time, so it’s probably wise to plan in advance to do something fun but not too dissolute for yours, make sure you line up people to spend that special day with, and don’t add kicking the bucket to your birthday bucket list.

5 “Happy holidays: Shock study finds people more likely to die in U.S. on Christmas Day than any other day of the year.” 21 December 2010. Mail Online. <http://www.dailymail.co.uk/news/article-1340467/Study-finds-U-S-citizens-likely-die-Christmas-Day-time-year.html>

Gallery image with caption: We Are Not Yet Done with COVID-19