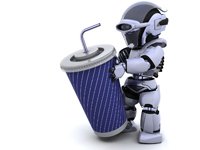 When you think of wholesome, healthy places to live, New York City might not pop into your mind. Most of us think of New York in terms of teeming crowds, dirty subways, and cab drivers yelling into the night — all that smog; all those rude people. But in fact, the Big Apple has it over Montana and Maine and many other locales — at least diet-wise.  That’s because New York Mayor Michael Bloomberg has been waging all-out war against the obesity epidemic, and he’s succeeded in passing legislation to support his campaign.

Now Mayor Bloomberg has a new cause. He wants to pass regulations to limit the size of sodas and other sugary drinks sold in public places.1 The proposed ban would restrict such drinks to a 16-ounce maximum, whether cup or bottle. That’s the equivalent of a medium (grandé) coffee at Starbucks, but just half the size of the wildly popular 32-ounce Big Gulp from 7-11 and a mere fraction of their 55-ounce X-treme Gulp.  Compared to the average soda in the 1950’s, the seven-ounce cup, though, it’s still gigantic.2

If you live in New York and the mayor gets his way, you’d have to forgo the 24-ounce vente Frappucino — or would you? It turns out that the proposed ban doesn’t apply to Starbucks coffee concoctions or to any other drinks that contain at least fifty percent dairy products, since the dairy has protein and thus, the thinking goes, it must be good for you. The fact that a vente mocha Frappucino contains 470 calories doesn’t seem to figure into the equation, but hey, you’ve got to start somewhere. The ban also would exempt diet sodas, alcoholic beverages, fruit juices, and drinks sold at supermarkets and convenience stores.

If it passes, the regulation would be the first in the nation limiting portion size. Bloomberg says he’s singled out soda consumption because it’s the number one factor leading to obesity. He says, “You tend to eat all of the food in the container. If it’s bigger, you eat more. If somebody put a smaller glass or plate or bowl in front of you, you would eat less.”3

But NYC Mayor Bloomberg’s enthusiasm about drinking less isn’t shared by all. In fact, the proposed big soda ban has many outright incensed. They claim it’s their right to eat and drink as they please. Then again, there’s nothing in the proposed legislation to stop you from buying two 16-ounce drinks to get your fill. Or a store might offer a buy-one get-one-free offer on 16-ounce drinks. In other words, the political implications of the legislation may far outweigh its practical benefits. The Devil is in the details as they say.

And speak of the devil, here’s what PepsiCo had to say:

“The people of New York City are much smarter than the New York City Health Department believes. New Yorkers expect and deserve better than this. They can make their own choices about the beverages they purchase. We hope New Yorkers loudly voice their disapproval about this arbitrary mandate.”

One wonders exactly what PepsiCo had in mind when it called for something “better than this.” Perhaps they’re considering a 200-ounce family-sized keg, designed to make the entire tribe fat at once?

The New York Beverage Association, via its spokesperson, Stefan Friedman, sides with PepsiCo. “The New York City health department’s unhealthy obsession with attacking soft drinks is again pushing them over the top,” he says. “These zealous proposals just distract from the hard work that needs to be done on this front… The city is not going to address the obesity issue by attacking soda because soda is not driving the obesity rates.”

Now there’s a statement that shows if you can’t come up with an intelligent argument, you might as well distort the truth.” After all, a major 2009 UCLA study of over 48,000 individuals found that those who drank just one soda a day had a 27 percent increased risk of being overweight.4 And the New York health commissioner, Dr. Thomas Farley, says that sweetened drinks account for at least half the increase in obesity in the past 30 years. So there’s plenty of weight behind the concern about soda adding pounds to the public waistline.

And yet, the mayor may have an uphill battle ahead of him. His earlier proposals to levy a soda tax and to prohibit the use of food stamps for buying soda got shot down by federal regulators. The beverage lobby has plenty of muscle.

So far, Mayor Bloomberg has managed to get the city to ban trans-fats and also to require restaurants to post the number of calories in menu items. Only a handful of other locales in the US have followed New York’s lead and succeeded in passing trans-fat bans, although many are considering the idea.5

Which brings us back to that original point about New York City not having a reputation as a health mecca. The fact is that while most places in the US are witnessing skyrocketing rates of obesity and concomitant disease, in the Big Apple, the rate of childhood obesity has declined by five percent during the mayor’s reign. That’s not enough, but it’s still significant. Even more, New York City residents live about three years longer than the national average. Then again, it should be noted that the national average includes states such as Mississippi, West Virginia, and Alabama — all with obesity rates over 30%.6 Beating life expectancy rates in those states by just three years doesn’t necessarily qualify you for bragging rights.

Maybe people in the City get more exercise walking everywhere because it’s so impossible to drive the streets. Or, just maybe, some of the health initiatives actually have mattered — the trans-fat ban, the requirement to post caloric count on menus, the ban on smoking in public places. Who knows how long New Yorkers might live if that soda ban passes?

Then again, I should point out that Jon Barron adamantly opposes all of these government interventions — not because he agrees with PepsiCo or rails against a presumptive socialist nanny state. His concerns are quite different. Check out: