MS & the Baseline of Health® 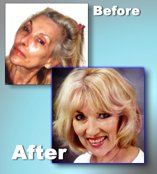 For those of you who have already read Sue Ellen Dickinson’s testimonial on overcoming MS with the Baseline of Health®, I apologize for repeating it. But for the 90% who have not seen it, this testimonial is so strong that a major alternative health newsletter has just selected Sue Ellen and her story to be the cornerstone of their new marketing campaign. See for yourself why they did so.

I have Multiple Sclerosis. I was diagnosed with MS in 1988. By 1998, my neurologists told me I had entered ‘secondary progression’ which is the final, and oftentimes fatal, stage of this disease.

Frankly, it came as no surprise to me. I was bedridden half the time, could not walk without a cane or assistance, and certainly could not drive a car. I was very weak, painfully thin and gradually losing control of even the most ordinary movements of my body.

I tried everything. I had consumed quantities of all the ‘famous name brands’ out there, and don’t get me wrong, there are some very good nutritional companies in the marketplace. Problem was, they would make me feel a little better for a short time, and then another ‘attack’ would take place, and the next thing you know I was right back where I started from. This process had gone on for years.

Then it happened. In May of 2000, a close friend, Art, called out of the blue, catching me off guard. Since only my family and friends around me knew how critically ill I was, Art had no idea how bad the MS had gotten. I broke down, sobbing into the phone, telling him everything.

After a long pause, he asked me a question that would change my life forever. He said, Sue Ellen, do you want to live….yes or no? Well, that was a no-brainer. Art then told me that he had a close friend, Jon Barron, who probably knew more about alternative health than just about anybody else in the world. I asked Art if I could talk to him, and Art said, You don’t need to. He’s put everything down in a book, and he’s created a line of products that go along with the book.”

Art sent me Jon’s book, Lessons from the Miracle Doctors along with the products.

I have to confess, I didn’t really believe it at first. Why should I? Nothing else had worked… what was so different about this stuff? On the other hand, it was ‘now or never’ for me and I had nothing else left to lose, so I read the book and faithfully took the products.

Today, eight months later, and having read Lessons from the Miracle Doctors cover to cover several times, I feel I have regained 75-80% of my ability to live life. I feel and act better than I have in over 10 years. My next goal is to ride my horse again.

If you, or someone you know or love, needs help, I urge you to take a serious look at this program.

[Editor’s note: It is now slightly over 2 years since Sue Ellen started on the Baseline of Health® program. She says she is now at 90% — and, yes, she is now, once again, riding her horse. Here is a recent picture of Sue Ellen] 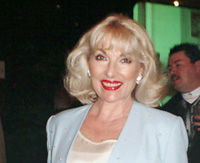 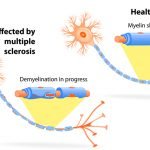