Of Mice and Men…and Baldness

As if lab mice don’t have enough to worry about, apparently some of them go bald because of the procedures they’re subjected to. But recently, in an accidental yet serendipitous discovery, scientists discovered that suppressing a stress hormone in mice makes their fur grow back, and this may well have implications for curing human baldness.1

The discovery comes from a team of California researchers who were investigating how stress affects gastrointestinal functioning. They genetically altered mice so they overproduced a stress hormone called “corticotrophin-releasing factor,” or “CRF.” In reaction to the increased stress, the mice turned gray and lost hair. But then, the scientists injected the mice with a mellow-out compound called astressin-B, which blocked production of the stress hormone. To the great surprise of the research team, one of the side effects was that the mice grew back their missing fur. Although the mice received just one injection a day for five consecutive days, their hair was still full four more months later, which, given the short lifespan of mice, is around the equivalent of 25 human years.

“It was totally unexpected,” said researcher Million Mulugeta of UCLA. “Almost 100 percent of the mice responded. The hair grows back fully. It is a very dramatic effect.”

There’s a Russian proverb, “Too much knowledge makes the head bald,”2 which maybe comes from the fact that stress triggers hair loss in humans, too. In fact, stress can cause two different types of hair loss. The first comes as a result of a severe shock or trauma, or from stress induced by medications, diet, disease, or environmental exposures. This form of hair loss, called telogen effluvium, usually results from a single event or illness. It causes hair thinning that can be quite widespread and severe, but it’s temporary. The hair typically regrows within six to nine months.3

The other, quite common form of hair loss is alopecia areata, which results from long-term chronic stress, although other factors including genetics may be involved. In this case, white blood cells attack and destroy hair follicles. The resulting loss of hair typically is permanent.4

After witnessing the hair restoration effect, the scientists wondered if CRF also could prevent hair loss in the first place. They injected the hormone into young mutant mice who hadn’t gone bald yet. Sure enough, those mice did not lose hair as they aged. Plus, the mice experienced a return of skin pigmentation, which might mean that the treatment could prevent the development of gray hair.

Hair loss treatments haul in over a billion in profits a year,5 and so these accidental discoveries are potentially big news, assuming the effects translate to humans.  Current treatments include the invasive and expensive option of hair transplants, or taking drugs like finasteride and minoxidil, which have annoying side effects. Plus, at best, these drugs stimulate only moderate regrowth. Women, in particular, have trouble with these treatments since they can cause hair growth in places other than the head. And yes, women, too, suffer from hair loss. In fact, 40 percent of the 5.3 million Americans going bald6 are, in fact, women.

The researchers are back to the lab to see if they can find a way to direct CRF specifically to hair follicles so that they can avoid systemic effects from it.7 But they caution that it may be awhile until this seeming miracle-cure for baldness gets released to market. “We’re at the early stage, and obviously we need to do more work to understand how this works, where it acts and, of course, if it has side effects,” says Dr. Mulugeta. “But we’re excited because the effects are very dramatic, very quick, and last for so long.”

Meanwhile, the take-home message here is that stress and hair-loss can go hand-in-hand, and so reducing stress may be key in reducing hair loss. Other factors that can prevent baldness include balancing hormones, maintaining proper ratios of Omega-6 to Omega-3 fatty acids, keeping the scalp clean and oil-free, and preventing autoimmune disorders from killing hair follicles. 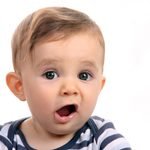 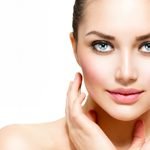