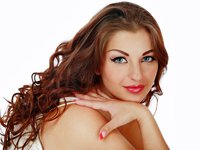 We’ve all heard of beer goggles, in which alcohol alters our senses and makes a person look more appealing than we might normally find them.  But alcohol isn’t the only thing that may influence our choice of who looks good as a potential mate.  New research has found that even when they are sober as a stone, men may react to stress by finding a heavy woman more attractive than he might under typical circumstances.1

Researchers at Newcastle University in England recently set up an experiment to test how stress can affect a man’s choices in his dating life.  Forty subjects were placed in situations that required them to be interviewed or perform public speaking.  Then, the men were asked to rate women of different body types on how attractive they found them.  In comparison to a control group of 40 men who were not put into any sort of stressful setting, the men under stress rated women with a wider variety of body sizes — especially those with high body mass indexes — as much more alluring.

This team of scientists has worked together before on studies examining what influences our BMI preferences.  While it has often been thought that body type preferences are inherent, much of their previous work has shown that they can be altered.  The greatest influence seems to be cultural preferences, which are learned early and are consistently reinforced.  However, the researchers theorized that other influences can shift our BMI preferences over time.  In fact, they have analyzed the changes that occur due to hunger2 and media persuasion.  And these findings are right in line with others that have linked an adjustment in what one considers attractive when stress levels or economic circumstances are changing.3

And when you think about it, it just might make sense that a person in a situation where the stress is related to a scarce food supply would find someone with a high BMI preferential.  After all, a very skinny, possibly malnourished partner would hardly be ideal.  But is it just an evolutionary throwback that causes us to react during all times of stress to wanting a heavier mate?  Some of the other influences on BMI preference are somewhat more directly correlated to the external factors taking place around us, such as media saturation and community standards.  Since stress levels fluctuate for most of us, it would be interesting to see the extent to which body type preferences vary along with those influences.

Before anyone starts to think that gaining a few pounds might help them in the relationship department, just remember that excess weight and a higher BMI come with a lot of potential health problems.  Aside from upping the risk of diabetes, high blood pressure, cardiovascular disease, and a whole host of other conditions, overweight women face potential complications when they become pregnant.  A study from earlier this year that took place at Central Baptist Hospital in Lexington, Kentucky, found that pregnant women who are overweight (with a BMI between 25 and 29.9) or obese (with a BMI of 30 or more) were much more likely to require a C-section and two to three times more likely to develop gestational diabetes than their normal weight counterparts.4

Having a spouse at increased risk for disease or potential problems, especially when trying to procreate, hardly sounds like a perfect partner for life.  If you or your mate is overweight, it is past time to start doing something about it.  The Baseline of Health Natural Weight Loss Program can teach you to do just that with lifestyle changes and education about how to diet, exercise, reduce stress, and properly detox your body. With a little commitment, you will improve much more than just your physique, but your overall health for good.

Heads up. I’ve just learned that Jon Barron’s next newsletter, due out Monday, is focused on weight management.