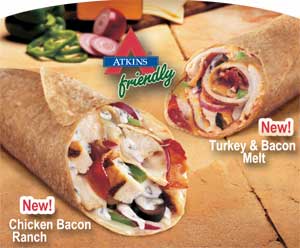 Let me begin by clarifying once more that I am not opposed to the reduction of many carbohydrates in the diet. This is a good thing, and I have always said so — even before Dr. Atkins promoted the concept. As I mentioned last issue, when the establishment pushed people away from fats towards carbs, obesity soared. The promotion of carbohydrates as the base level in the food pyramid has been a dietary disaster. (And yes, it’s not just refined grains and sugars. Even some unrefined grains can present problems.) So once again, my issue is not with the concept, but with the craziness that has now latched onto the concept, including:

Lack of Balance in our Diets

One of the main things I was called to task for over the last two weeks was of “falsely accusing” many of the low-carb diets of heavily emphasizing meat and dairy. “Where in the world did I get such a ridiculous idea?” Well, as it turns out, from the books and websites that promote the diets. 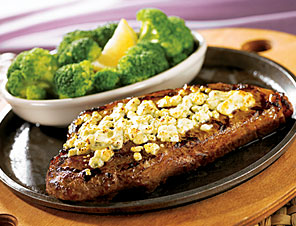 The bottom line is that I stand by my assertion that the popular implementation of low-carb dieting is heavy on meat and dairy — which brings me to my second problem with these diets.

Certainly some of the people who wrote to complain over the last two weeks do not fall into this category. They have found healthy alternatives. But it doesn’t change the basic premise that most people are interpreting and implementing the diets in a highly unbalanced way.

Not All Carbohydrates are bad

Not all carbohydrates are bad. In fact, carbohydrates are essential. Our bodies need carbohydrates. Most of the organs and tissue in our bodies, including our muscles and our brains, run on carbohydrates. As Dr. Joel Fuhrman says in his book, Eat to Live (highly recommended), “It is impossible to glean all the nutrients needed for optimal health if your diet does not contain lots of carbohydrate rich food.”

And he continues, ” Fresh fruits, beans and legumes, whole grains, and root vegetables are all examples of foods whose calories come mainly from carbohydrate. It is the nutrient-per-calorie ratio of these foods that determines their food value.”

The concept of nutrient density that Dr. Fuhrman mentions is key to truly making sense of dietary issues. The USDA maintains a National Nutritional Database. Go to the database and start searching on your favorite foods. If you know how to read it (“energy” equates to calories — check out butter) and compare sirloin steak to romaine lettuce, for example, you will be greatly surprised. You will find that romaine lettuce not only has far more nutrients than sirloin (probably not a surprise), but it also contains over twice the protein per calorie as sirloin. Now that probably will come as a surprise to most people. As a side note, on a per calorie basis, romaine lettuce contains 100 times the calcium, over 20 times the magnesium, and infinitely more antioxidants, phytochemicals, and fiber than sirloin. Which food do you think is more beneficial to your body?

And it’s not just leafy greens that are nutrient dense. Fruits of all kinds are packed with vitamins, minerals, antioxidants, phytochemicals, and fiber.

And even whole grains have more nutrient density than meat and dairy. Now, to be sure, many grains are high glycemic and trigger an insulin response, which is a major negative — but not all grains do so. In fact, in Part 3 of this series, I’m going to explore with you an amazing grain that is extremely low on the glycemic index, that actually lowers the body’s insulin response, and that provides 400% more energy per calorie than any other food known. (And no, it’s not Amaranth, or Kamut, or Quinoa or any of the other guesses that poured in after I hinted at it in the last newsletter. You’ll just have to be patient for two more weeks to find out what it is 🙂

Consequences of Proteins and Carbs

So what are the consequences of going on a high protein, low-carb diet.

Cutting refined carbs and minimizing high glycemic grains and vegetables from your diet makes all the sense in the world. Replacing those foods with large amounts of meat and dairy does not – particularly since you can get all of the benefits associated with these diets without the negative side effects. Just:

Anyway, that’s it for now. In the next issue, we’ll cover recommendations for eating and the miracle grain that seems to have so many people curious.