Hearing that you have cancer is a scary thing, no doubt about it.  When it’s breast cancer especially, many women want to follow the most “protective” of treatments and opt for major surgery with the wish that all signs of the disease will be cut away.  But now, thanks to new research, women may not feel they have to resort to such extreme measures any longer.

The study, orchestrated by a lead researcher at the John Wayne Cancer Institute at Saint John’s Health Center in Santa Monica, California, took place at 115 hospitals across the country over a period of five and a half years.  Its initial findings, presented at several medical conferences, have already influenced prominent hospitals such as Memorial Sloan-Kettering Cancer Center in New York and the University of Chicago Medical Center to revise their surgery recommendations.

Appropriate for women who are in the early stages of the disease and where evidence of its spread are limited to only one or two nearby lymph nodes, the research is showing that there is no need for more radical surgery that removes much greater amounts of tissue as well as an average of 17 nodes. Instead of advising women toward axillary lymph node dissection — an extensive surgery in which the lymph nodes in the armpit region are almost completely removed — surgeons are guiding their patients toward a much less invasive procedure.

This would affect the treatment of tens of thousands of women in the United States alone every year.  It is conservatively estimated that approximately 25,000 women in America are diagnosed with breast cancer that has spread into the lymph nodes.

There has been a rise in the number of women across the country who choose to have breast tissue with no evidence of cancer — including entire healthy breasts — removed preventatively along with the cancerous areas over the past number of years (bilateral prophylactic mastectomy).  The incidence of this at Memorial Sloan Kettering, for example, has gone from 7 percent in 1997 up to 24 percent by 2005.  Hopefully the new findings will turn these numbers around.

The researchers compared 446 women who received a lumpectomy, radiation therapy, and chemotherapy or some other kind of drug treatment to 445 women who underwent the more radical axillary lymph node dissection.  Having the more extensive surgery did not improve survival rates or lessen the recurrence of cancer over a period of five years.  Both groups of patients had similar statistics: Approximately 92 percent in each group were still living five years post-surgery and approximately 83 percent of both groups had encountered no return of the cancer.

Yet, interestingly, where the numbers differ is in complications.  Of those who had the major surgery, 70 percent experienced complications such as painful underarm swelling and wound infection.  Only 25 percent of the lumpectomy group showed any signs of complications.  It is common for women who undergo axillary lymph node dissection to have numbness, pain, and severely swollen arms for quite some time after surgery.  The procedure can also lead to nerve damage and limited mobility of the arms and shoulders because of injury around the lymph nodes.

The lymph nodes are the filters of the lymphatic system in the body.  Their job is to fight off bacteria, viruses, abnormal cells, and basically anything else that doesn’t belong and remove it from your system.  They are a vital part of the body’s immune response and are predominantly located around the neck, the underarms, and the groin.

Removal of extra breast tissue and lymph nodes doesn’t eliminate the underlying cause of cancer–just one place that it might manifest.  Cancer is fundamentally a disease of the immune system. In your body, as part of the normal metabolic process, you produce anywhere from a few hundred to as many as 10,000 cancerous cells each and every day of your life.  But a healthy immune system has the ability to recognize each and every one of those aberrant cells and remove them from your body. That means that regardless of what you choose to do in terms of surgery or chemotherapy, you really want to think about putting yourself on a regimen that optimizes your body’s ability to prevent the cancer from reoccurring, rather than opting for unnecessary radical surgery. Statistically, you have nothing to lose taking this option — and everything to gain. 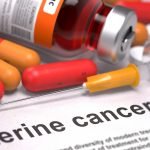