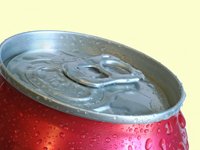 After they are done with bottles of milk, American children often graduate to juice boxes.  The next step in the progression is frequently sodas and sports drinks.  But now, they seem to be choosing another option in mass numbers: artificially-sweetened diet beverages.  In fact, a new study has found that the amount of children in the United States who consume sugar-free drinks other than water has doubled over the past 10 years.1

The research, which took place at Emory University in Atlanta, Georgia, analyzed information from a federal health survey with input from more than 42,000 people.  In 2008, 12.5 percent of children were reported to have drunk a diet beverage in the past 24 hours.  Less than one decade earlier in 1999, only six percent of children had consumed a diet beverage within the past day.

It’s possible that more artificially-sweetened beverages, such as diet sodas, are now available in the children’s homes than in earlier years, since adults had an increase in their consumption as well.  In 1999 and 2000, 19 percent of the adults surveyed reported having had a diet drink in the past day.  By 2007 and 2008, that number had risen to 25 percent of adult participants.

Another factor may be parents actually encouraging their youngsters to choose artificially-sweetened options over sugar-laden drinks.  They may believe that, despite the evidence to the contrary, laboratory-created sweeteners often found in diet sodas such as aspartame, sucralose, and saccharin are perfectly safe for consumption — or at least a better option than sugar.  And chances are, their concern lies more with helping their children to shed some excess weight since obesity has become a tremendous problem in kids as well as adults in America.  While that is admirable, and these parents should certainly be taking steps to help their children lose weight, diet drinks are not the answer.

Numerous studies suggest that our chemically-enhanced drinks are only adding to the American weight problem. Unsurprisingly, research has found that those who opt for water most often tend to weigh less than either those who consume sugary beverages or drinks with sugar alternatives.  A 2008 study at the Ingestive Behavior Research Center at Purdue University found that artificial sweeteners can actually cause weight gain.2  These sugar alternatives may throw off your body’s natural calorie-counting response, leaving you more likely to overindulge in other foods. The chemicals can throw off the body’s natural hunger response, which is based on caloric satisfaction.  This means your brain will no longer know when to give you a signal to stop eating, since sweet no longer equals calorie-rich.

And beyond the issue of possibly causing weight gain, some research has linked frequent drinking of artificially-sweetened beverages to major health problems including a higher risk for diabetes,3cardiovascular illness, and stroke.4  Plus, no child-specific research has been conducted to determine if growing bodies are affected differently — quite possibly in worse ways — than adults are by these chemicals.  Not to mention the fact that starting to drink diet beverages at two or three years old means maybe 10 or 20 years longer of consuming this stuff throughout the course of a lifetime, which gives it that much more time to harm our health.

So, if you want to get your children on track and help them lose some weight, there are much healthier ways than swapping their Cokes for Diet Cokes and their Gatorades for Crystal Lights.  Yes, regular drinks are a tremendous source of sugar in most kids’ diets, but artificial sweeteners aren’t the answer.  If you only offer water at home, your kids may complain (a lot!) at first, but they will begin to get used to it.  When they are thirsty, they will drink it.  They may not always make the best choices when they are at school or friends’ houses, but at least while at home they will tend to drink water.

Don’t stop at drinks, either.  Rethink the foods in your home to provide natural, healthy alternatives to the processed, pre-made fare that is so ubiquitous in our supermarkets these days.  Serving fresh food can take very little time and effort once you get into the habit.  And, just like your beverages, don’t trade in full-calorie cookies and chips for their dietetic versions containing less fat and calories…but just as much junk.  Fruits, cut-up vegetables, and assorted nuts will fill their stomachs between meals, or any time the urge to snack comes on, without doing your kids any harm.  They might not be thrilled at first, but the results of how they start to slim down, feel better, and have more energy may eventually win them over.