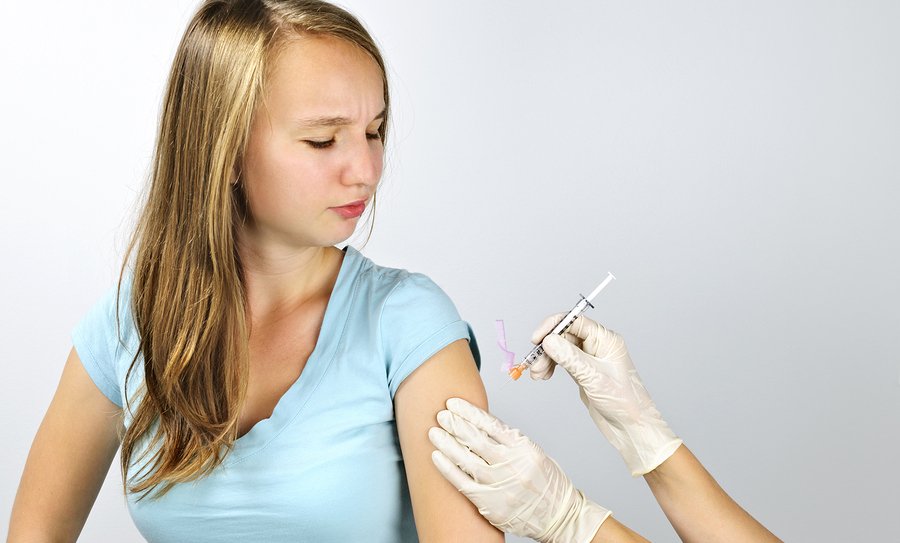 Plans to immunize girls all over the world ages 12 and under against HPV (human papillomavirus) are gathering steam. Not surprisingly so are the number of questions coming into the Foundation asking my opinion.

In general, I have shied away from questions on forced immunization programs because I have a personal bias concerning the question. My youngest brother was one of those who reacted badly to the triple immunization shots popular during the 60’s here in the US and suffered a brain hemorrhage that left him brain damaged and was ultimately responsible for his death. I was close to my brother, and it’s impossible for me to be unbiased on this issue. On the other hand, it doesn’t automatically make me a Luddite when it comes to vaccinations either.

In June 2006, the Advisory Committee on Immunization Practices (ACIP) voted to recommend the first vaccine developed to prevent cervical cancer and other diseases in females caused by certain types of genital human papillomavirus (HPV). The vaccine, Gardasil, was developed by Merck & Co. and protects against four HPV types, which together cause 70% of cervical cancers and 90% of genital warts. The Food and Drug Administration (FDA) recently licensed this vaccine for use in girls/women, ages 9-26 years. The vaccine is given through a series of three shots over a six-month period.

The vaccine was less effective in young women who had already been exposed to one of the HPV types covered by the vaccine. It does not treat existing HPV infections, genital warts, precancers or cancers.

There are several questions that have been raised by the alternative health community.

– There is concern that the vaccine contains thimerosal (a mercury based preservative) commonly used in vaccines over the last number of years. Gardasil does not contain thimerosal. There is no mercury in the vaccine. This is a non issue.

– There have been complaints that the vaccine is worthless if you already have the virus. Yes, that’s true, but that’s true of all vaccines. Vaccines by definition are designed to prevent future infections, not cure existing infections. This, then, is also a non issue.

– There have been complaints that it caused birth defects in some of the women who got pregnant around the time they took the vaccine. Yes, that’s true, but at a rate identical to women in the control group who did not get the vaccine — at least according to Merck. If Merck’s statement is true, then this too would be a non issue.

– Some parent groups have complained that vaccinating young girls against HPV will encourage promiscuous behavior. That seems a hard argument to buy. Promiscuity among teenagers has been an issue throughout recorded history and is likely to remain one far into the future. In other words, any tendency teenagers have towards promiscuity has nothing to do with HPV vaccinations. Denying teenagers protection against lifelong illness and possible cancer hardly makes sense when weighed against a very tenuous promiscuity argument.

So does that mean I endorse the use of the vaccine? Not exactly. I have several questions.

– Its long term effectiveness is unknown.

– It comes from Merck, the same people who brought you Vioxx and its falsified testing. All testing for Gardasil was once again done by Merck, which desperately needs a success after the financial disaster of Vioxx. How trustworthy are the test results both in terms of efficacy and safety? It doesn’t mean Gardasil doesn’t work or that it’s not safe — just that there’s reason to be suspicious.

There are no answers to these questions yet, but they are questions that ultimately need to be answered. That said, considering the risk/reward ratio involved — probable 100% protection VS no proven major side effects and few effective alternative health treatments, if I had a daughter I’d probably lean to saying yes to the HPV vaccine for her — unless I heard a more compelling argument against it. Then again, how much faith can we place in safety tests conducted by a drug company on its own drug? History says not much.