How Healthy is Fruit Juice?

When you think about it, it’s astounding how little most people know about nutrition, given that we eat three or more times a day from childhood to dotage. Most adults in the US have miserable diets, and even those who try hard to eat healthy may take many unfortunate turns, guided by information that’s just plain wrong. Take for instance, the common attitude toward fruit juice. Most people feel virtuous having some pasteurized Juicy Juice in a box with breakfast. Parents tell themselves they’ve given their kids a healthy alternative. School snack programs often pack a container of juice for the kids, again, as a healthy bonus.

But drinking juice (like those other beverage favored by kids — milk and soda) can cause an abundance of problems. “Both [soda and juice] are going to promote equal weight gain,” says Kimber Stanhope of the University of California, Davis. “Why [is soda considered] the only culprit?”

In fact, a glass of fruit juice typically contains more calories than a glass of soda. Eight ounces of Pepsi has 100 calories, versus 152 calories in an equivalent serving of grape juice and 112 in a cup of orange juice. Even worse, perhaps, is the fact that drinking lots of juice ups the risk of diabetes and heart disease because juice contains simple fructose, which the liver converts to fat more readily than it converts sucrose. Unlike whole fruit (or even unfiltered fresh squeezed juice, for that matter), which breaks down slowly in the body because it contains fiber as well as juice, the pasterurized, purified, strained commercial juice option goes straight to the liver where the overload converts right to fat. Plus, the concentration of fructose in juice far outweighs the amount in a piece of fruit. A single glass of apple juice, for instance, has as much fructose as six apples. That’s a whole lot of sugar to consume at once.

Studies have found that drinking 12 or more ounces of fruit juice daily leads to a number of problems. First, there’s that obesity issue. A study in 1997 found that kids who drank more than 12 ounces of juice a day had a 3.5 times greater risk of being obese, compared to kids who drank little or no juice. And a 2006 study found that overweight kids who drank an extra glass of juice daily gained an extra pound each year. On the other hand, it should be mentioned that out of 21 similar studies reviewed in 2007, only six found that juice consumption among kids led to weight gain. Analysts assume that’s because kids who drink juice tend to have better diets overall than kids who don’t, since parents who monitor what their kids eat tend to give those kids juice. This means that juice still does lead to weight gain, but kids who drink juice with a good diet fare better than kids who drink soda as part of a horrible diet.

So should you absolutely avoid juice? No, because not all juice is created equal. First, there’s a universe of difference between a bottle of commercial juice and juice you squeeze yourself. Within minutes of juicing, many of the nutrients and enzymes start to break down, rendering the benefits far less potent. By the time bottled juice gets to your mouth, particularly if it’s been processed, it’s a mere shadow of its original self. And juice is packed with nutrients — or should be. Though it’s rich in sugar, it’s also rich in vitamins, antioxidants, minerals, living enzymes, and an assortment of phytochemicals that your body easily assimilates. It also should be noted that there’s actually a whole lot more fiber/pulp in fresh squeezed juices than in the commercial varieties sitting on your grocer’s shelves. In addition, I reported on a study last year that found that juice — particularly grape juice — prevents plaque from forming on artery walls when consumed with high-fat foods. This means that juice can provide significant cardiovascular advantages that whole fresh fruit alone does not provide.

Unlike fresh juices, many packaged juices contain added sugars. Plus, many have been made from reconstituted concentrate, which means even less vitamin content and more chance of mystery ingredients. Also, if the juice isn’t organic, it can pack a pesticide punch. These factors may have contributed to the anti-juice sentiment expressed by experts such as Robert Lustig, a pediatric endocrinologist at UC San Francisco, who says, “The upside of juice consumption is so infinitesimal compared to the downside that we shouldn’t even be having this discussion.”

It certainly is wise to take note of how sugary fruit juice is and to regulate consumption of it. To reap the benefits, just add 50 percent water to the juice to dilute the sugar content, and always, always extract or squeeze your own from fresh, organic fruits and then drink it right away. Also, consider the type of juice: the vitamin and nutrient content varies considerably from one type of juice to another. For instance, blueberry and grape juices contain over 200 percent more antioxidant phenols than apple juice. Yet apple juice has far more antioxidant content than orange or pineapple juices, not to mention its malic acid content that helps soften kidney and gallstones. But fresh pineapple juice is high in the enzyme bromlain, which breaks down rogue proteins and reduces inflammation. The bottom line is that each juice provides its own unique set of benefits. Then again, why not switch over to juicing vegetables, which provide a nutrient punch without delivering the sugar overload (although carrot juice contains plenty of sugar).

So, despite recent reports, fasting one day a week on fresh diluted juices is still one of the healthiest things you can do for your body. Add in a three day juice fast once a month and two one-week juice fasts a year, and you have the makings of a remarkable optimal health program. 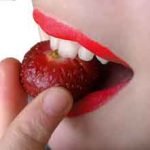