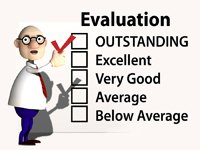 If you follow this blog, you’ve seen the scary hospital statistics. Hospital errors lead to the death of 180,000 people annually in the US — the third leading cause of fatalities in the nation according to some estimates. Staying in the hospital can trigger cognitive decline and dementia. Patients come out of hospitals sicker than they went in, enduring unnecessary and dangerous tests and contracting pernicious infections that don’t heal. The startling and horrifying fact is that one out of every four Medicare patients emerges from a hospital stay with a potentially fatal condition they didn’t have when they checked in.1

Given the terrible record that hospitals have for hospital safety, you’d think people would want to shop around for the best possible facility before checking in. Even when you go to buy a new car, you check out the safety ratings first. You don’t want to purchase a vehicle that dismembers the dummy in crash tests. In the same way, if you absolutely must go to a hospital, you don’t want one that routinely messes up medications and infects inordinate numbers of patients with staph.  There is a vast difference among hospitals in terms of how safe they are. The problem for consumers is in knowing how to find out the truth about their local hospital rankings — and knowing what alternatives might be available.

A consortium called the Leapfrog Group wants to change that with the concept of hospital grades. The group just completed a study of 2,651 hospitals across the US, assigning letter grades (A, B, C, D) to each based on 26 categories of performance.2 By accessing the report issued by the group, you can both view the letter grade your local hospital earned as well as check its safety record in specific areas, such as how well staff adhere to hand-washing protocols and whether physicians typically enter their orders electronically to avoid errors caused by poor, unreadable penmanship.3

Other categories in the report include whether ICU staffing is adequate, if the hospital follows sufficient practices to avoid medication errors, quality of adherence to pre- and post-surgery protocols, and how often patients contract conditions resulting from the hospital stay. You can also get more detailed information about the frequency of specific hospital-induced complications. So if you want to know how often people using your local hospital suffer from bloodstream infections after surgery, for instance, the report will tell you and show you how that figure compares to the mean. The report also tracks other hospital-induced problems including falls and trauma, severe pressure ulcers, preventable complications from surgery, air embolisms, and foreign objects retained after surgery.

Not surprisingly, the results showed that most hospitals don’t perform at stellar levels. While 729 earned an A grade, 679 got a B, and a terrifying 1,243 got a C or below. If you’re thinking that a “B” hospital grade is just fine, you might want to reconsider. Although a “B” might be fine if you’re taking an English or Math class, hospitals deal with life-and-death matters. Even those hospitals earning the gold star “A” still made plenty of mistakes and caused deaths; they simply made fewer mistakes and caused fewer deaths than some others. From that perspective, anything less than an A is worrisome, and even an A doesn’t guarantee safety.

Some of the most prestigious hospitals came out of the grading with their tail between their legs. The famous New York-Presbyterian Hospital in Manhattan and the prestigious Cleveland Clinic Hospital both got slapped with C’s, while the UCLA Ronald Reagan Hospital in Los Angeles earned a “grade pending,” which is a euphemistic way of saying it failed.  Among the elite “A” hospitals were Minnesota’s Mayo Clinic and Cedars-Sinai Medical Center in Los Angeles.

Regional differences were marked in the results. New England outscored every other area in the country, with Maine and Vermont scoring A’s for at least half of their hospitals, and Massachusetts earning A grades for the overwhelming majority of its hospitals. The worst states were New York and The District of Columbia. In both places, two-thirds of the hospitals scored C or below.

The hosptial ratings were based on data collected from Medicare records as well as independent analyses by the Leapfrog Group, with experts from the Harvard School of Public Health and Johns Hopkins Hospital at the helm. Hospital officials objected to the compromising results of hospital grades. A representative of the American Hospital Association, Nancy Foster, said,

“The American Hospital Association has supported several good quality measures, but many of the measures Leapfrog uses to grade hospitals are flawed and they do not accurately portray a picture of the safety efforts made by hospitals.”

And of course, representatives of the low-scoring hospitals disputed the results, too. The head of quality at the Cleveland Clinic, Dr. Michael Henderson, dismissed the results because much of the data was a year or two old. He said that many hospitals have improved in the intervening time. “The question the public needs to be asking is, ‘Are you working on this? Are you getting better?'” he says.

Hmmm, Dr. Henderson! If I need to check in for a procedure tomorrow, I don’t want to know if the place is “improving” unsanitary conditions; I want to know if it’s clean right now. Even in high school, you get graded based on performance, not effort.

Other hospital evaluation systems do exist, although this is the first one to assign a single rating. For instance, healthgrades.com ranks hospitals as average, better-than-average or worse-than-average on 13 parameters of patient safety. Since there’s no overall rating, it may be difficult for patients to understand how to interpret a hospital’s performance. Castle-Connolly, which publishes the Best Doctors in America guides, also ranks hospitals, but the rankings are based on how many “best doctors” the hospital has on board, not on safety measures.4 There’s also the “hospital compare” site maintained by the US Department of Health and Human Services.5 This site includes comprehensive measures of hospital performance, except that it appears much of the incriminating data is missing for the various poor-performing hospitals, with a note in the relevant category saying, “Data Not Available.”

Ideally, you’ll stay out of the hospital. But if you must get hospital treatment it pays to do your homework. You might take a look at all the available sites and cull what data you can. Then find out the best place to get your particular treatment in terms of not only the hospital’s expertise and reputation, but also, its safety record.