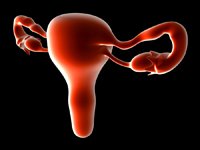 When you are a woman of a certain age, you may start experiencing symptoms of menopause.  Along with your menstruation stopping, you might have hot flashes, vaginal dryness, and insomnia.  A visit to the doctor could result in you walking out with a prescription for hormone replacement therapy (HRT) medication.  But you’ve seen the news and aren’t quite sure whether it’s considered safe to take these days.  The problem is, even if you try to do some serious fact checking and look at studies that have been conducted on the subject over the past few years, you may very well walk away more confused than you were before you began.  That’s because the research on HRT and whether it increases the risk of numerous diseases is all over the map and downright contradictory.

Take, for example, two recent studies on HRT side effects that, coincidentally, both came out of Denmark.  According to one, HRT indisputably raises the risk of developing ovarian cancer in menopausal women and may be responsible for five percent of the cases analyzed in the study.1  According to the other study, HRT did not raise cancer risk over a 16-year period and, in fact, lowered the risk of cardiovascular disease and overall mortality.2  Huh?

The problem is not specific to stdues about HRT side effects, but to all research in general.  The results must be looked at as one tiny piece of a larger puzzle.  In some cases, the experiment was flawed or used much too small of a population.  Sometimes it is being financed by a large corporation that has a financial stake in a certain outcome, and the scientists conducting the research will consciously (or unconsciously) modify it or keep going until they come up with the desired results.  Controls may not be factored in well, or too many variables make it difficult to support a conclusion.

Let’s consider the HRT research.  The first study was conducted at Copenhagen University in Denmark.  The researchers analyzed the medical records of more than 900,000 women across the nation between the ages of 50 and 79 for a ten-year period between 1995 and 2005.  None of the subjects had been diagnosed with any form of cancer sensitive to hormones at the outset, but by the end of the study, 3,068 of them had developed ovarian cancer and the vast majority of them (2,681) were epithelial cancers, which involve the tissue surrounding the ovary.3

Both the menopausal women using HRT during the course of the study as well as former users had a higher rate of occurrence of ovarian cancer compared to the women who had never taken HRT.  The risk was elevated for the HRT-taking women regardless of what hormone formulation was used, the form in which it was taken, or the length of time using HRT.

Alternatively, the second study, which was a collaboration by scientists at five different hospitals around Denmark, was made up of a much smaller sampling of 1,006 women who had begun menopause within the past year.  The volunteers were split into two groups, with one grouping of 502 taking HRT and the other grouping of 504 receiving no pharmaceutical treatment.  The study was initiated in 1992, but the HRT treatment was discontinued in 2002 because reports of health dangers had started to surface.  The scientists conducted follow-ups with the women for six years afterward to obtain more complete medical information.

Their research found that of those women taking HRT, 27 died, five had heart attacks, and three experienced heart failure, while the women who had taken no hormones actually fared worse.  In that group, 40 women died, 11 had heart attacks, and eight experienced heart failure.  Coupled with the fact that the incidence of stroke and cancer was statistically similar for both groups, the researchers concluded that HRT is not only not harmful, but somewhat protective for cardiovascular health, at least.

Now, this second study was not only much. Much smaller but also focused on only estradiol and norethisterone acetate.  In addition, the women stopped taking the medication over time.  Maybe it can confer some slight benefit in some cases since few things are as black and white as many research articles and the media present them.  However, it seems fairly obvious that one cannot truly compare a study involving nearly a million women with one focusing on 1,000 women.  Although the scientists took into account potential factors such as weight, cigarette smoking, and overall health, there might be other influences at work easier to overlook, such as ethnicity, socioeconomic status, familial history, and more.

In the end, it is nearly impossible to say one study is completely true and another is completely false.  And in fact, you might think that the reality most likely lies somewhere in the middle, but in this case, it doesn’t. As we have reported numerous times on this site, the evidence against HRT is overwhelming.  For example, there are a number of studies from the early 2000’s involving over one million women that found that HRT kills women. And then there’s the 2009 study that linked HRT to breast cancer. The bottom line is that an overwhelming number of studies point to the dangers of HRT — not to any benefits.  Common sense suggests we all err on the side of safety and skip the meds in favor of natural ways to relieve symptoms. Or at the very least, make sure that any hormones that your doctor gives you are bio-identical to the hormones naturally occurring in your body. If pressed, they can do that. Avoid patented, synthetic hormones like the plague. Remember, if they don’t exist in nature (in humans), you don’t want them in your body. 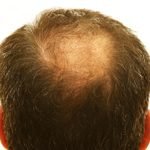