This month, the Corn Refiners Association (CRA) launched the first of a series of television ads that are planned to run for the next 18 months as part of a campaign to “make-over” the image of high-fructose corn syrup (HFCS). The core message of the ads is that high-fructose corn syrup is made from corn, has no artificial ingredients, has the same calories as sugar, is okay to eat in moderation — and that it’s endorsed by the AMA and the FDA. The ads are priceless in their misrepresentation of facts and in their total lack of respect for the intelligence of the viewing public — although experience says they are, nevertheless, likely to win over large numbers of people. Before we go any further, you probably need to see one of high fructose corn syrup these ads.

HFCS doesn’t actually exist anywhere in nature. It is a manufactured product created by using enzymes (two natural, one synthetic) to increase the fructose content of corn syrup to about 90%. This super high fructose syrup is then blended “down” with a 100% glucose corn syrup to create various mixes. HFCS 55, for example, which is 55% fructose and 45% glucose is the mix used most commonly in beverages. HFCS 42 is the blend used more commonly in baked goods.

As a point of comparison, table sugar (sucrose) is a disaccharide comprised of a molecule of fructose and glucose bound together. It is very easily digested in the stomach into its component sugars, and in that respect is not unlike an HFCS 50 mix. However, it should be noted that table sugar, like HFCS, is not a naturally occurring substance itself and must be “refined” (although not chemically altered) through manufacturing processes before it sits on your table. And keep in mind, it’s no badge of honor for the HFCS industry to claim that there’s no difference between high fructose corn syrup and sucrose since heavy consumption of sucrose has been linked to everything from obesity to diabetes.

High fructose corn syrup is made from corn

Yes, it’s absolutely true that high fructose corn syrup is made from corn, but it doesn’t mean anything. Biodiesel is made from corn too, and you wouldn’t want to see that used as a food additive. Or take castor oil. It’s used as a food grade additive, in flavorings, and in chocolate as a mold inhibitor. And the FDA has categorized castor oil as GRAS (generally regarded as safe) for use in laxatives. Unfortunately, castor beans also happens to be the source of one of the most deadly poisons known to man, ricin — made famous as a tool of assassination used by spies. The bottom line is that just because you start with a natural, safe substance doesn’t automatically make derivatives of that substance safe. So much for the first argument.

High fructose corn syrup has no artificial ingredients in it

According to the high fructose corn syrup industry itself, most claims that HFCS is not a natural product arise as a result of the fact that corn starch is treated with three different types of enzymes in order to produce HFCS. Two of the three enzymes used in HFCS production are naturally occurring enzymes; one (glucose-isomerase) is synthetic — the synthetic enzyme being the cause of concern. The industry’s counter argument is that the synthetic enzyme is never actually added to the HFCS, rather the sugar mixture is simply passed over it and it interacts with glucose to produce fructose.

In point of fact, the statement and argument are both disingenuous. Most claims concerning the artificiality of HFCS have nothing to do with the enzymes used in processing, but rather relate to the fact that chemical bonds are broken and rearranged in the manufacturing process. (Note: this does not happen in the process of refining table sugar.)

That it does. And once again, comparing HFCS to table sugar in this regard is not necessarily something you want to brag about. At first glance, it doesn’t look that bad. Both sugar and HFCS contain about 15 calories per teaspoon. The problem is how quickly that builds up. Soft drinks and fruit punches (think back to the ad we looked at earlier) contain about 1 teaspoon of sweetener per ounce — so you’re looking at about 150 calories per 12 ounce can of soda and about 180 calories per 12 ounce glass of fruit punch (as seen in the ad). Have 3-6 servings a day, as many people are wont to do, and you’re looking at 500-1,000 empty calories per day. That could actually mean as much as 2 lbs of extra body-weight gained each and every week.

High fructose corn syrup is okay to eat in moderation

Ahhh! That’s the issue isn’t it? The simple fact is that it’s almost impossible to consume HFCS in moderation. If you think about it, even a single serving of fruit punch, which contains 43 g of sugar, is already well beyond moderate. Have two to three servings a day and you’re into sugar la la land. And did you get a look at the serving size mommy is hefting about in the ad? That’s a one gallon jug. Yes, there’s nothing like a gallon jug to say “moderation.”

Then, of course, there are the cravings.

Despite claims to the contrary, there is a wide body of research that validates the concept of sugar “addiction.” To be clear, we’re not talking about a physical addiction comparable to a drug here, but the simple fact that the more sugar you eat the more you want to eat. Also, studies show that the high levels of isolated fructose (as found in HFCS) cause a reduction in circulating insulin and leptin, which effectively turns off the body’s appetite control mechanisms, thus causing you to eat more. 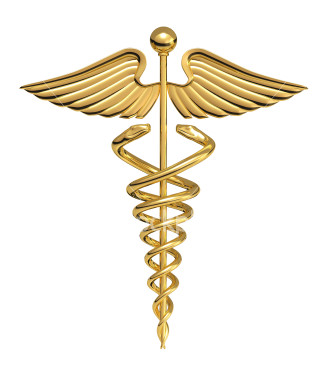 Despite CRA’s use of the AMA quote in their ads, the AMA’s position is significantly more nuanced than implied by the isolated quote. In fact, the CRA used only the first half of the first sentence taken from the June 17th AMA press release:

“After studying current research, the American Medical Association (AMA) today concluded that high fructose syrup does not appear to contribute more to obesity than other caloric sweeteners.”

In fact, the last half of the sentence adds an immediate qualifier:

“But [the AMA] called for further independent research to be done on the health effects of high fructose syrup and other sweeteners.”

They then went on to say:

“We do recommend consumers limit the amount of all added caloric sweeteners to no more than 32 grams of sugar daily.”

And as we already know, a single 12 oz serving of fruit punch as featured in the CRA ad contains 48 g, 1/3 more than the AMA’s maximum allowance — for an entire day — in a single serving.

Finally, the AMA press release concludes with a statement that hardly qualifies as a ringing endorsement for HFCS. In effect, they say they just don’t know.

“Currently, there are few available studies on the health effects of high fructose syrup and most are focused on the short-term effects.”

High fructose corn syrup is endorsed by the FDA

The simple truth of the matter is that the FDA does not actually “endorse” HFCS. All they did was come out with a statement/letter from Geraldine June, Supervisor of the FDA’s Product Evaluation and Labeling Team at FDA’s Office of Nutrition, Labeling, and Dietary Supplements written to the Corn Refiners Association that said HFCS could be labeled a “natural” ingredient.

But even that statement is far more nuanced than it might appear. First of all, as made clear in the letter, it’s actually a reversal of a previous position taken by Supervisor June just two months earlier based on a clarification of the process used by one manufacturer only — it’s not a blanket statement:

But more importantly, it makes clear that the FDA’s definition of “natural” probably is not the same as yours. You might think that “natural” has something to do with “as it exists in nature.” Not so for the FDA. Their definition is restricted to the fact that nothing artificial or synthetic “has been added.” It absolutely avoids the issue of whether something that might have started out from a natural source might be altered or made “unnatural” in its processing. Or to look at it another way, according to the FDA, Frankenstein’s monster would be considered a “natural” creation because nothing artificial or synthetic has been added — just all “natural” dead body parts assembled and electrified to make the monster. “It’s alive! It’s alive!”

That definition might work for the FDA, but I doubt if it works for most of you.

Manufactures love high fructose corn syrup because it’s cheaper than table sugar and easier to transport and work with (it’s a liquid). Unfortunately, the human body is not designed to handle high levels of isolated fructose.

Since the dawn of man, humans have consumed fructose (mostly in fresh fruit where the fructose is actually bound to the fruit fiber, thus slowing its absorption in the body), at about 16–20 grams per day. The heavy use of HFCS, though, has resulted in significant increases in consumption of fructose isolate, leading to typical daily consumption reaching an average of 85–100 grams of fructose per day — again, not bound to fiber. And remember, the AMA recommendation is 32 g a day — maximum. Yet in 1980 the average person ate 39 pounds of fructose and 84 pounds of sucrose. And by 1994, those numbers had climbed to 66 pounds of sucrose and 83 pounds of fructose. Today, it’s almost impossible to find a commercial food that doesn’t have added sugar — predominantly HFCS with its high content isolated fructose.

The problem is that fructose is absorbed differently than other sugars — and fructose isolate as found in high fructose corn syrup even more so. It causes major health problems. For example:

Finally, it’s true that medical authorities and publicity seeking politicians took on trans fats, but that was a relatively easy target. Let’s see if they have the cojones to take on high fructose corn syrup, which has replaced trans fats in my book as the number one dietary killer. So far, at least, it appears they do not.