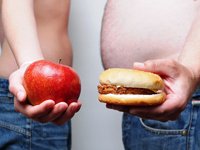 A visit to the doctor leaves you with a diagnosis of heart disease.  Even scarier, you experience chest pains and get rushed to the emergency room, only to have it confirmed that you suffered a heart attack.  But if you think the damage is irrevocable and you will now be spending the rest of your life waiting for the other shoe to drop, you just might be wrong.  According to new research, there is much you can do to lower your risk of cardiovascular health issues and the key may well be your diet.

A study that took place at McMaster University in Hamilton, Ontario, Canada, found that even those adults with a previous history of heart disease can stay healthier and slash their risk of dying if they are willing to eat a more nutritious array of heart healthy food.1 Mahshid Dehghan, Andrew Mente, Koon K. Teo, et al. “Epidemiology and Prevention: Relationship Between Healthy Diet and Risk of Cardiovascular Disease Among Patients on Drug Therapies for Secondary Prevention, A Prospective Cohort Study of 31 546 High-Risk Individuals From 40 Countries.” Circulation. 2012; 126: 2705-2712.  http://circ.ahajournals.org/content/126/23/2705.full.pdf+html   While the cardiovascular benefits of a heart healthy diet are not any big surprise to readers of this website, the research is simply further proof put forward in a large, international setting. It focuses on how essential our dietary choices are to heart health–even in older people who have already done significant damage through the years to their hearts and arteries.

The scientists worked with 31,546 people who were at least 55 years old, living in 14 different countries.  Every one of these participants had already been part of one of two experiments involving drugs to lower blood pressure.  Therefore, all of them had been diagnosed with serious heart health issues, including stroke, peripheral artery disease, heart disease, or diabetes that had already begun to cause complications. The entire group was deemed high-risk for succumbing to a stroke, heart attack, or another cardiovascular ailment.

The subjects were questioned about the type of foods they typically consumed over the previous year.  Categories were broken down into vegetables, fruits, seafood, meat, grains, poultry, and dairy items, and the method of cooking was noted.  The researchers then rated these answers and assigned them a score.  So, for example, those who reported eating heart healthy foods such as lots of fruits, vegetables, and fish on a regular basis would score much higher than those who tended toward heavy consumption of meat and deep-fried selections.

Even in this older population known to have heart disease, the benefits of a healthy diet were overwhelming.  The scientists found that those who ate the most healthily had a 35 percent lower risk of dying from stroke or heart issues and a 28 percent lower risk of experiencing heart failure when compared to those who ate healthy foods the least often.  In addition, their chance of having a stroke was 19 percent lower and risk of heart attack was 14 percent lower than those with unhealthy eating habits.  And these numbers were the same no matter which medication the volunteers were taking, showing the impact was coming from the food intake rather than the drugs.  It was also unaffected by age, socioeconomic status, country of residence, or any other control factors considered.

This takes previous research one step further by showing how important diet truly is, even if we already have clogged arteries or have had a heart attack.  And the methods of food preparation were not overlooked, which is essential when helping people learn how to eat better.  For instance, most people are aware that fish can be a heart healthy choice.  However, they don’t think much about how it is prepared; fish is fish, right? But eating your fish fried will do more damage than good.  A 2011 study at Emory University in Atlanta, Georgia, found that much of the increased risk faced by people who live in America’s “stroke belt”–where the mortality rate from stroke is more than 10 percent higher than the rest of the country–may be due to their greater intake of fried fish.2 Nahab, F., et al. “Racial and geographical differences in fish consumption.” Neurology. 11 January 2011. Accessed 10 December 2012. http://www.neurology.org/content/76/2/154.abstract?sid=5e7e9d86-2610-4247-b10c-f233293ec018

There are definitely certain benefits to choosing even your healthy foods wisely.  Another 2011 study, this time at Wageningen University in the Netherlands, determined that those people who eat a lot of white produce–such as apples, pears, and cucumbers–are 52 percent less likely to suffer a stroke than those who eat only a little white produce.3 Melnick, Meredith. “Study: An Apple a Day May Keep Stroke at Bay.” Time. 16 September 2011. Accessed 10 December 2012. http://healthland.time.com/2011/09/16/study-an-apple-a-day-may-keep-stroke-at-bay/   (Now don’t overcompensate and give up all your colorful fruits and vegetables; they are often higher in cancer protecting antioxidants. Just keep in mind that some healthy foods that you have forgotten about may provide more heart protection than others.

Also, keep in mind that the study we focused on today had the same limitations we find in most “medical” studies when it comes to diet and supplements: they’re conducted by people who have no idea what they’re doing. In other words, their understanding of what makes a diet nutritious is remarkably primitive and naïve. As any regular readers of this site would know, other components of a heart healthy diet that they did not consider include:

And that’s just for starters. As most of you know, all of the above choices will affect health outcomes. Nevertheless, despite their limitations, the main point is that all of these studies show that if you make healthy, nutritious food choices most of the time, you will greatly cut your chances of becoming a heart disease statistic.  And even if you are already have significant heart disease damage, you have the power to improve your odds significantly by just changing the way you eat.