Health Insurance Premiums on the Rise

Benjamin Franklin’s famous quote “In this world, nothing is certain but death and taxes” may just need to be expanded for life in the 21st Century.  It now seems that we can add rising health insurance premiums to that list of certainties.  And in 2011, not only did they go up, but the rise was dramatic.

According to a new study from the Kaiser Family Foundation, the average annual premium for family health insurance coverage in the United States was up by nine percent over 2010, reaching a total of $15,073.1  This increase is far beyond the growth of employee wages, ensuring that any amount that is not being absorbed by employers will be felt directly by workers’ wallets.

Several of the major insurance companies are requesting double-digit rate hikes for small-group and individual plans.  With the economy still struggling and unemployment rates stagnant around nine percent, insurance companies are truly adding insult to injury.  Smaller businesses are reluctant to hire new workers because of skyrocketing insurance costs, doing further damage to the unemployment rate and potential creation of jobs.  And those people forced to pay for insurance premiums out-of-pocket often can no longer do so.  Coverage for a family is twice as expensive as it was in 2001.

Of course, the insurance companies defend their enormous increases by claiming it’s not their fault.  Yes, in some cases hospital, physician, and pharmacy costs have all risen, but this is the third year in a row that the major health insurers have had record profits.  They have recently been bolstered even more by the fact that many people have cut back on their own doctor visits to avoid expensive co-pays and deductibles as part of their own belt-tightening.

According to the Kaiser report, a portion of the increases can be attributed to the new federal healthcare legislation that will be enacted in 2012 as a number of politicians claim — but, in truth, only a small part.  Their estimate is that perhaps one to two percent of the increase is due to expanded coverage for young adult children and preventive services that have already taken effect.  The remainder of the more than 10 percent bump could be the insurance companies’ way of preemptively getting payment for some of the future coverage that was legislated.

But there are other theories as to why healthcare is so expensive.  East Coast Health Insurance, a national health insurance broker, offers five reasons.2

And Jon Barron’s own reason six is that insurance companies charge more because they can.  Using public anger, fear, and the uncertainty created by the new health care bill as cover, they are simply trying to slip in price hikes.

As Jon Barron always says: the only way to save health care and reduce its costs is if people start taking care of themselves and stop using the system — except when absolutely essential — in the first place. To learn how, check out the Baseline of Health Program. 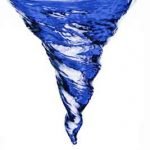 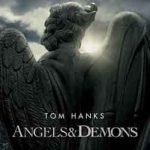 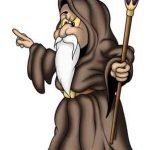 Alternative Health – Now You See It, Now You Don’t