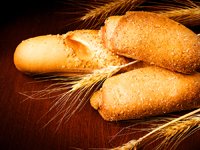 As you shop down the snack aisle in the supermarket, you may notice that the packaging of your favorite chips now describes them as gluten-free.  Should you be concerned about gluten content if you haven’t been diagnosed with celiac-sprue disease?  Possibly, but probably not as concerned as food manufacturers want you to be in their quest for finding marketing niches and selling as much of their product as possible.

Frito-Lay is the latest food conglomerate to jump on this particular bandwagon.1  A number of items in their various lines of “snack” foods will now be clearly labeled and advertised as “gluten-free” to attract the masses of consumers who are trying to cut out gluten for health or weight loss purposes.  The chosen few products at Frito-Lay to earn the label will be Lay’s, Cheetos, Ruffles, Doritos, and Tostitos — a veritable Who’s Who of snack food suspects.

Truth be told, gluten — a protein found in wheat and other grains — has no business being in a potato chip in the first place. It doesn’t grow in potatoes. It’s not naturally found in potatoes.  Thin slices of potato fried in oil should have nothing to do with gluten.  But that’s not always the case.  Apparently, some of the chip flavorings use gluten, and some potato snacks use ingredients other than just potato to make the chip, filling it with chemicals, preservatives, and gluten as well. Pringles, for example, is made with wheat starch blended with potato flour and rice flour. Other snacks may contain no gluten but are processed in factories that also manufacture all sorts of wheat-based items, so contamination is possible.  To be truly gluten-free, a food needs to have less than 20 parts per million of gluten, according to the Food and Drug Administration.2

Then, there’s also the “tell them what they want to hear” aspect of the marketing ploy.  Even foods that have no gluten, have never had gluten, and will never contain any gluten are going to get labeled “gluten-free” to attract people who want that magic bullet to weight loss or health.  And those marketing executives know what they are doing to attract consumers to this booming market.  In 2011 alone, Americans spent $2.64 billion on gluten-free foods and drinks (can’t wait to see the ads for gluten free bottled water) and in just a four-year period, between 2006 and 2010, the number of packages labeled gluten-free went from less than 1,000 to approximately 2,600.

Now obviously, those with celiac disease need to keep gluten out of their diets.  Celiac disease is an autoimmune disorder in which the body attacks the small intestine.  It cannot process gluten and, although symptoms vary, some of the more common ones are fatigue, bone or joint pain, depression or anxiety, and arthritis.3  There are many more people who may not have celiac, but do have a sensitivity to gluten.  Their digestive systems cannot process gluten “completely,” leaving them with symptoms similar to some celiac sufferers experience but not as extreme.  They may have minor bloating, low-level aches in the joints, or an overall tired feeling after eating items containing gluten.

Gluten is a type of lectin, a carbohydrate-binding protein found in most grains.  The problem is that some lectins mimic the glycoproteins on red blood cells, thus triggering immune reactions in sensitive individuals.  The problem appears to be less with the lectins themselves than with the ability of the digestive tract to fully break down the lectin-proteins in the food.  Gluten is resistant to stomach acid and most digestive enzymes and does not break down easily in the gut.  Once in the gut, it may attach to the intestinal wall and damage its lining.  In those with celiac disease, gluten can break down the surface of the small intestine, stripping it of mucus and causing the gut to leak — allowing undigested proteins to pass into the bloodstream. As a side note, consuming foods containing pectin (think fruit along with grains — grains too, by the way, contain pectin) can further complicate the problem since the pectin coats the proteins and prevents them from being broken down by enzymes and digestive juices. Using a digestive enzyme formula that contains pectinase can help in this regard — in addition to helping break down fruit allergens.

Nevertheless, it would benefit anyone who thinks they may have a gluten sensitivity to cut way back or eliminate their consumption of grains or anything with gluten in it.  And it wouldn’t hurt the rest of us to at least move somewhat in that direction.  If you want to eat grains, sprouted grains and cereal grasses will provide you with fiber and nutrients.

As for the tremendous new selection of items that are being promoted as gluten-free, the vast majority are nutritionless, commercial, junk foods that really have no place in a healthy diet.  If you have a gluten intolerance and you are craving a bag of chips, it is probably smarter to choose a gluten-free option over the competition.  But, let’s face the obvious fact that while regular consumption of all these packaged items may not make your gluten sensitivity act up, neither will it do a darn thing to promote your health.