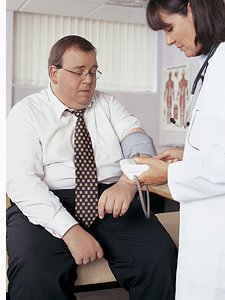 On April 17th, GlaxoSmithKline, along with three organizations that it financially supports (funny how that works), the American Dietetic Association, The Obesity Society, and Shaping America’s Health, submitted a citizen petition to the Food and Drug Administration asking them to prohibit weight-loss structure/function claims associated with any dietary supplements that promote a connection with weight loss unless those supplements were pre-approved by the FDA. This ban would apply to all product labels, websites, literature, and any marketing material. But the petition didn’t stop there. It seems that not only did GSK want to prevent nutrition companies from stating that their product could help with weight loss, the petition also asked the FDA to prohibit claims for energy expenditure, modulation of carbohydrate metabolism, increased satiety or suppression of appetite, increased fat oxidation or reduced fat synthesis, and blockage of fat absorption. What impact would this petition have if approved? Quite simply, if you cannot understand how a nutritional product can help you because no one is allowed to tell you what the product does, then why would you buy it? Instead, you would be “forced” to buy the pharmaceutical version that very clearly states that it helps with weight loss, while less clearly listing the side effects…in much smaller print. If approved, in a single stroke, all natural alternatives to weight loss would be eliminated from the market. As an interesting side note, it should be mentioned that the organizations’ signatories included a lobbyist, a person who helped get obesity classified as a disease, and a fundraising guru. Although unlikely to be approved at this time, it represents frightening upping of the ante in the conflict between traditional medicine and alternative health care.

Back in 2003, I wrote a newsletter entitled, ” Don’t Look at the Pinstripes.” Of all the newsletters I’ve ever written, it’s one of my personal favorites. It’s also one of the least understood. The basic theme of the newsletter was borrowed from the Steven Spielberg film, Catch Me If You Can, in which one of the characters says that the New York Yankees won all their pennants not because they had better players, but because their opponents couldn’t take their eyes off the pinstripes in the Yankee uniforms — like a magician keeping your eyes busy with one hand, while palming a card with the other. The newsletter then proposed that this was a metaphor for what government regulators do in collusion with the medical community and the pharmaceutical industry — keeping the alternative health community busy fighting major legislative initiatives (looking at pinstripes), while relentlessly picking the community’s pockets clean, ex parte — under the radar, and with no legislative approval required.

You would think that this was an easy concept to understand. It isn’t. So once again, the alternative health community has allowed itself to become preoccupied by grandiose initiatives such as Codex, and totally ignored one of the biggest thefts of the century going on right now — a theft so profound, it could easily trump every other issue out there. And for the most part, only a handful of industry pundits and organizations such as the National Health Federation seem to have noticed. The implications of this petition are profound and far reaching and will be devastating to your ability to access nutraceuticals and herbal supplements — if allowed to continue. Fortunately, you can help stop it.

The FDA’s longstanding position has been that weight loss claims are permissible structure/function claims because being overweight is not a medical condition. However, the petition seeks to reclassify weight loss health claims as disease claims and urges the FDA to change its position on the grounds that:

Before moving on, let’s deal with these five points.

The bottom line is that GSK says weight-loss dietary supplements don’t work and that obesity and the secondary diseases like diabetes, cancer, and cardiovascular problems it is linked with are too serious a matter for dietary supplements to be making claims (not about the diseases, but about weight loss in general) without pre-market, pharma-style, disease claim approval. 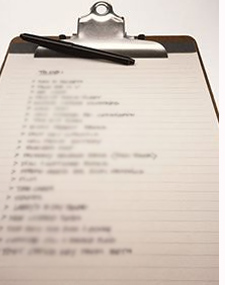 All sarcasm aside, GSK’s petition is well-written, even if based on faulty logic, and will find much support within the FDA’s bureaucracy. In fact, it’s in perfect alignment with the revised labeling guidelines the FDA introduced just last year. GSK’s petition specifically address a number of weight loss alternatives currently available, from hoodia to bitter orange, and states, “There is no credible scientific evidence that would support any type of a claim accompanying a weight loss supplement.” And then for added measure says that in those cases where there are indeed such studies, the studies are not rigorous enough or numerous enough, and therefore should be discounted. How convenient!

The FDA’s decision making process on the petition will run to the end of October — approximately. Right now, the odds are probably about 60:40 the FDA will deny the petition. Certainly every fiber of their being would love to grant it, but the fear that they might be overstepping their bounds, that a public suddenly denied access to their favorite weight loss products might scream in rage and cause their legislators to publically reverse an FDA decision is probably enough to hold them in check — this time.

But enough of the petition for a moment. Since GSK has decided to open a can of whoop-ass on the alternative health industry, I believe it is only fair to take a look at this company and get a sense of what might be motivating their petition — other than concern for the public’s health, that is.

According to a major study conducted in the United States, Europe and Australia, patients who take the widely prescribed AIDS drug abacavir, manufactured by GSK, run nearly double the risk of heart attack compared with those who take other antiviral medications. The study, led by researchers at the University of Copenhagen, sifted through data from more than 33,000 patients starting in 1999. It found that the risk of heart attack rose nearly 90 percent for those prescribed abacavir. John Pottage, a vice president for GlaxoSmithKline, called the results “provocative.” (At the very least, I would say.) The FDA made clear that although they are reviewing the data, they are not advising doctors to stop prescribing abacavir at this time.

A 2007 study found that GSK’s diabetes drug Avandia increased the risk of heart attacks by 43% and death from cardiovascular events by possibly 64%. By coincidence, the study’s author was then savagely assaulted. As reported in Counterpunch, a coordinated attack on the study’s author, Dr. Steven Nissen, began appearing simultaneously in media all around the world. According to CounterPunch, “More than one story from ostensibly different sources derisively referred to Dr. Nissen as ‘st Steven, the Patron Saint of Drug Safety’, and ‘saint Steven the Pure’.”

Among Dr. Nissen’s attackers was FDA spokesman Douglas Arbesfeld. Coincidentally, Mr. Arbesfeld previously worked at the PR firm MS&L, where one of his clients was — you guessed it — GlaxoSmithKline. Former FDA Deputy Commissioner Dr. Scott Gottlieb, also connected with MS&L and GSK, ridiculed Nissen in a Wall Street Journal editorial. “Two more members of FDA’s alumni, Peter Pitts and Robert Goldberg took another swipe at Dr. Nissen in a June 6, 2007 commentary in the Washington Times, using the same talking points as an anonymous blogger, likewise referring to Dr. Nissen as a ‘self-appointed and media-anointed Patron Saint of Drug Safety’ and ‘saint Steven the Pure’.” Makes you wonder who coordinated all of these talking points, doesn’t it?

And then there’s Paxil, GSK’s antidepressant. The FDA reviewed two studies which found that women who took Paxil in the first three months of pregnancy were 1-1/2 to two times more likely to give birth to a child with a heart defect than women who took other antidepressants or pregnant women overall. In addition, GlaxoSmithKline has now lost several lawsuits because it knowingly concealed years of negative information about the serious adverse reactions to Paxil. Not to mention the fact that as a result of GSK’s fraudulent marketing of Paxil as non-addictive, they lost a major settlement in a class action suit filed on behalf of patients who got hooked on the drug, and then found they were unable to stop taking it.

Even now, GlaxoSmithKline faces a number of ongoing lawsuits regarding Paxil. For more information, or to participate in one of those lawsuits, check out: http://www.lawyersandsettlements.com/lawsuit/paxil-heart-defects-newborn.html.

But enough about GSK’s commitment to your health. We could go on and on here. Suffice it to say: GSK’s claim to be concerned for the reliability of studies concerning weight loss appears, at the very least, to be disingenuous.

The danger in the GSK petition

So why am I so concerned about the GSK petition? 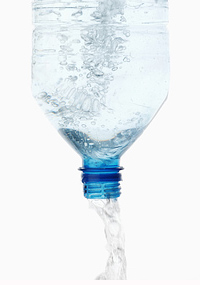 First of all, it’s an astounding expansion of the scope of the FDA labeling guidelines I mentioned earlier. As I mentioned in my blog on that issue, the key point in the guidelines is that “any herb or supplement that actually has any beneficial effect should be regulated by the FDA as if it were a drug if it actually helps with any medical condition” unless it is “generally recognized, among experts qualified by scientific training and experience to evaluate the safety and effectiveness of drugs, as safe and effective for use under the conditions prescribed, recommended, or suggested in the labeling.”  At the time I wrote the blog, I expressed concern that based on the guidelines as written, if you were to claim on a label that drinking bottled water helped relieve a medical condition such as severe dehydration ( not just a medical condition, but a medical emergency), the new guidelines would mandate that water now be regulated as a drug. At the time, many in the alternative health community snickered at these concerns. Some people even left comments on the blog to that effect. But let me ask you now: What is GSK’s petition to the FDA but an absolute expansion into the exact absurdity that I warned about? If you can claim that being overweight (an almost entirely self-inflicted state) is a medical condition for which all claims must be regulated because being overweight can “lead” to medical conditions, then there is no health related issue that cannot likewise be claimed to be a medical condition? What health issue is exempt?

You get the idea!

And if you think no one would ever bend and distort the FDA guidelines to do something that silly, think again. GSK just did! And the FDA is seriously considering their petition.

By the way, for those of you living outside the US, don’t be smug. As I mentioned in the last issue of the newsletter, regulator’s in the US and the rest of the world (particularly Europe) are moving ever closer in their regulatory zeal. And considering that the US is already more liberal than virtually all of the EU and Canada, you can be sure that any tightening in the US will be more than mirrored in your neck of the woods.

And so for the second time in less than two months, I find myself inspired to finish a newsletter with a quote from the movie, The Lord of the Rings. For all those of you who think that GSK’s petition does not affect you, I once again give you Aragorn.

Aragorn (to Frodo): Are you frightened?

Aragorn: Not nearly frightened enough. I know what hunts you.

And in conclusion, I encourage you to check out the National Health Federation’s call to action: http://www.thenhf.com/article.php?id=1088.