Giving is Good For You 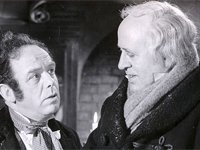 This time of year, it can be easy to forget the true spirit of the holidays. From the Black Friday deal promotions to the incessant commercials reminding us of all the things we desperately need to get as presents, we may get wrapped up in rampant consumerism.  Instead, why not take a step back for a moment and remember all the opportunities this time of year can offer for giving as well–and not just material things.  Surprise, giving to others just might help you avoid premature death.

A study from the University of Michigan Institute for Social Research in Ann Arbor, found that among older individuals, those who are giving to others have a lower risk of mortality.1 Swanbrow, Diane. “People who give, live longer, ISR study shows.” University of Michigan University Record. 18 November 2002. Accessed 15 December 2012. http://www.ur.umich.edu/0203/Nov18_02/15.shtml   The people who offer some form of practical or emotional assistance to someone else have a 60 percent lower chance of dying than their peers who do not give to others or support anyone else. Perhaps that explains how Ebenezer Scrooge escaped an early grave.

All of the volunteers were involved in the Institute of Social Research’s Changing Lives of Older Couples study, a random sampling of 1,532 elderly married couples from the Detroit region.2 “Changing Lives of Older Couples.” University of Michigan Institute of Social Research. Accessed 16 December 2012. http://cloc.isr.umich.edu/   Each couple met with researchers in 1987 to answer a variety of lifestyle questions.  Over the course of five years, the researchers followed up with these couples to obtain information about how their lives were changing and how well they were managing.

For this experiment, the scientists focused on 423 of the participating couples.  In the 1987 interview, all of these couples were questioned about support they might provide for relatives, friends, and neighbors.  This was defined as practical help such as offering to watch children, aiding in housework, running errands, or helping with transportation needs.  Another portion of the interviews concentrated on how much emotional support there was between the husbands and wives.  Were they able to provide emotional support as well as receive it from each other?  The subjects also reported on whether or not they both communicated and listened to their spouse.  In addition, they were asked about the extent of assistance they could expect from extended family, friends, or neighbors should it become necessary for them.

By the end of the five-year period, 134 study participants had died.  The scientists gathered all of this data and included a number of controls, such as the age, physical health, mental well-being, and gender of the volunteers.  This helped sort out a number of influences that could potentially skew the analysis. For example, the oldest of the subjects who were in poor health might having been willing but unable to provide much support to others and died due to a pre-existing illness.

Once all of those mitigating factors were taken into account, the researchers still found that those who admitted to never helping others–“Bah! Humbug!”–faced twice the chance of dying as those who did offer to help people.  And the good news was that 75 percent of the men and 72 percent of the women in the study said they had given some form of assistance within the previous year. “Mankind is my business!”

Curiously, those who took others up on their offers of help were found to have no improvement to their longevity.   While it definitely feels good to know someone cares and is willing to help you, these findings suggest that is not the beneficial part of a relationship.  Therefore, it truly is better to give than to receive.

Similar results have been noted in numerous other studies over the years, and it may have something to do with our brain chemistry.  Research conducted at the National Institutes of Health in Bethesda, Maryland, in 2006 found that giving to charity produces brain activity in the areas involved in the sensation of pleasure, trust, and social interaction.3 Moll, Jorge, et al. “Human fronto-mesolimbic networks guide decisions about charitable donation.” Proceedings of the National Academy of Sciences. 17 October 2006. Accessed 16 December 2012. http://www.pnas.org/content/103/42/15623.abstract   These positive feelings, along with a sense of connection to others, are vitally important to all of us, but especially to older segments of the population. “‘I don’t know what to do!’ cried Scrooge, laughing and crying in the same breath. ‘I’m as light as a feather, I’m as happy as an angel, I’m as merry as a school-boy. I’m as giddy as a drunken man.'”

So kudos to you if you are a source of support to those in your social network, no matter how young or old you are.  If you are not naturally the giving sort, use the holiday spirit–and the thought that you might be adding years to your own life–to try to help someone else out.  You just might like the feeling so much that it will become another healthy habit for you.